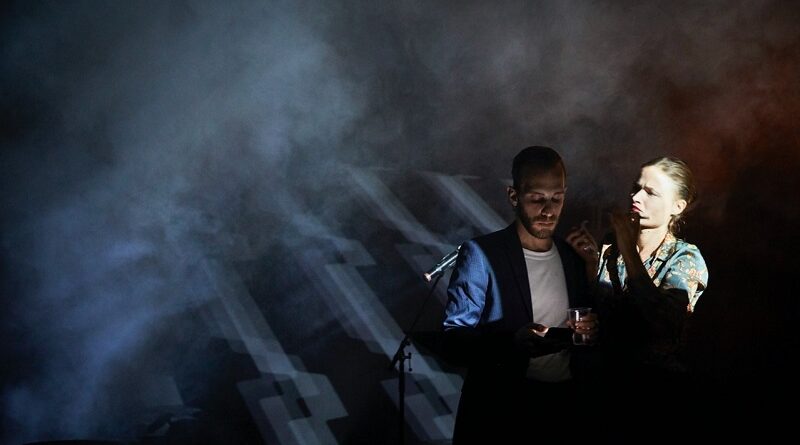 Commissioned by the E.U.-funded project, Fabulamundi: Playwriting Europe Beyond Borders, this report assesses current practices, perceptions and norms in the field of contemporary playwriting and the translation of contemporary plays in nine different European countries: Austria, Czech Republic, France, Germany, Italy, Poland, Romania, Spain and the U.K. Mapping different national ecologies, structures and traditions enabling the production and mobility of plays through the use of questionnaires and one-to-one interviews with key stakeholders in each context, the report presents qualitative and quantitative data gathered on how each theatre culture supports living dramatists, how it organises its education system, what conventions drive the production and translation of contemporary plays and what perceptions are held by gatekeepers, theatre-makers and other cultural operators about the theatre system in which they work. Drawing on the existing network of partners, venues, playwrights, translators, directors and performers working with the Fabulamundi network, I evaluate and compare cultural practices and institutional habits in the field, and conclude with a list of best practices for a sustainable field.

The complex and historically layered ecologies of contemporary European theatre practices—shaped by such factors as economic and social conditions, ideological discourses, taste and other professional conventions—informed local performance cultures abiding by very different written and non-written rules. While a large number of academic research within Theatre Studies have focused on national contexts within Europe, there is little research being carried out in English that programmatically approaches contemporary continental practices from a supranational perspective (see European-wide studies such as Delgado, Lease and Rebellato; Delgado and Rebellato; Ridout and Kelleher).

There is also very little qualitative research being undertaken—at least in English—around theatre practices, and even less qualitative research that aims to compare theatre cultures and traditions in Europe. Moreover, to my knowledge, an assessment of different attitudes towards, and approaches to, the translation of plays in Europe has never been attempted. As a result, resources for those wishing to navigate theatre systems across European borders are few and far between.

The present report addresses a gap in research by focusing on contemporary playwriting and the staging of contemporary plays in their original language or in translation in Europe, taking nine countries as case studies. For the purposes of this study, I define contemporary playwriting as inclusive of both plays by living authors and plays written in the past 20–30 years. However, the focus has been on the systems and practical conventions that shape the careers of living theatre writers in each country. Driven by the desire to map and evaluate different structures and norms in support of intercultural understanding, exchange and cooperation, the report is both aimed at, and draws from the expertise of, scholars, critics, theatre-makers, translators, dramaturgs, literary managers and producers based in these countries.

This report was commissioned by the Creative Europe-funded large-scale international cooperation project, “Fabulamundi Playwriting Europe: Beyond Borders?” (2017–20), a network of European organisations supporting living playwrights and promoting the circulation of their work across European languages through a mobility programme for writers, a series of events and networking opportunities, as well as speculative translations, readings, workshops and full-blown productions.

Led by Claudia di Giacomo of PAV, a performing arts production company based in Rome, the network includes thirteen core partners in nine countries which contributed to the project budget (Wiener Worstaetten in Austria; Theatre Letí in the Czech Republic; La Mousson d’Été and Théâtre Ouvert in France; the Interkulturelles Theater Zentrum in Germany; Teatro i, Short Theatre and PAV in Italy; Teatr Dramatyczny in Poland; Teatrul Odeon and the University of Târgu-Mureș in Romania; Sala Beckett in Spain; and the Gate Theatre in the U.K.). I want to acknowledge the crucial support of my commissioners and the generosity of those who offered their time and expertise to the project. I also want to thank the project’s Research Assistant, Lianna Mark, for her work on data gathering.

The present report, nicknamed “Fabulamundi Workbook,” was conceived to empower Europe-based playwrights, playwriting institutions and organisations with concrete knowledge gathered from experts in playwriting and theatre translation practice in order to learn about and from one another.

In this report, my aim is to present a comparative evaluation of qualitative and quantitative findings for every country. More analysis of this data will appear in my upcoming monograph for Routledge, due to be published in late 2021.

Structure of the Report and Research Questions

This report is mainly based on qualitative data, that is, on the knowledge, perceptions and opinions offered by the experts who took part in this study. Despite our efforts to be representative and speaking to a variety of different voices, the findings on each country should be taken as a snapshot of what the experts we talked to have shared, rather than as statistically representative data.

This study is structured around eight national reports: one for each country, with Austria and Germany in a single report. Each national report features three key areas:

The project employed research methods borrowed from sociology and theoretical underpinnings from theatre studies, as well as practical knowledge of theatre-making, playwriting and theatre translation. Each survey respondent and interviewee who took part in the study gave us informed consent to quote their words anonymously. This study’s design was approved by the University of Kent’s Ethics Committee on November 16, 2019 (Ref: 0221920).

The research process was carried out in stages as follows:

This study compared systems, conventions and perceptions around contemporary playwriting and theatre translation in Austria and Germany; Czech Republic; France; Italy; Poland; Romania; Spain; the U.K. The study’s key findings can be summarised as follows:

Overall, the combination of these distinctive traditions, systems and perceptions shapes the field of contemporary playwriting and theatre translation in every region and country. Areas of practice that have not been investigated in this report, but would deserve further research, include: theatre and playwriting in primary and secondary education; audience development activities; relationships between subsidised and commercial theatre sectors; stage aesthetics and taste; and attitudes in relation to equality, diversity and inclusion of a broad variety of voices. These issues will be further investigated in my upcoming monograph. 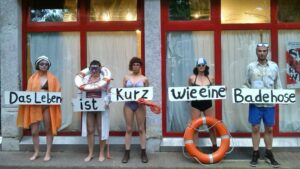 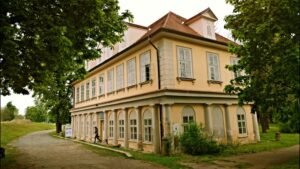 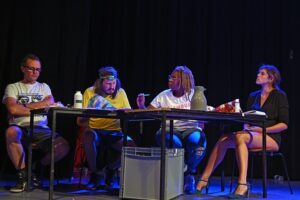 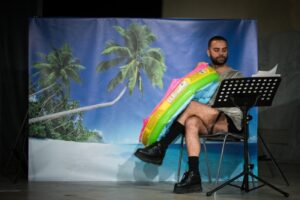 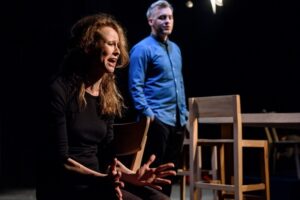 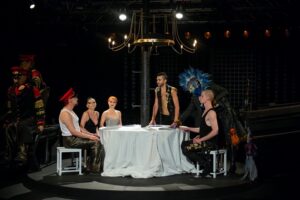 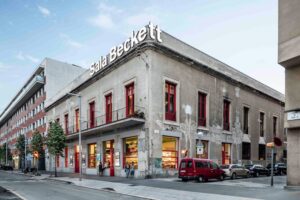 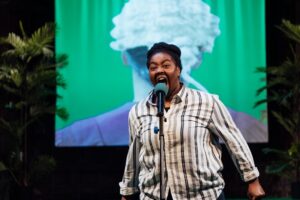 The aim of this report was to map, evaluate and compare current practices and conventions around contemporary playwriting and theatre translation practices in various European nations, and to see where the field as a whole could learn from local contexts. In this brief conclusion, I list the practices that were highlighted in my conversations with Fabulamundi partners as being essential to creating a sustainable field. These best practices can be found in some—but not all—contexts and have emerged as pivotal in creating a supportive culture where contemporary playwriting and theatre translation can thrive.

With regards to gatekeeping and support structures:

In the fields of education and public engagement:

All of the above best practices concern systems of support at national level. However, many partners suggested that the field needs systems or organisations that operate transnationally. The main suggestions were the establishment of a permanent, wider network of venues and festivals, like Fabulamundi, or the creation of a dedicated European Agency for Playwriting and Theatre Translation, utilising the model of France’s Maison Antoine Vitez, in order to fund expert reading groups and support a programme of speculative translations from and into as many languages as possible.

Transnational organisations committed to supporting playwriting and theatre translation would make it easier for Europe-based theatre-makers and organisers to share stories and ways of articulating the world through theatre, actively contributing to better representation and inclusion of diverse voices across European stages. We hope that, one day, in the not so distant future, this organisation may become a reality.

*Margherita Laera is a Senior Lecturer in Drama and Theatre at the University of Kent, co-Director of the European Theatre Research Network and Online Editor of Theatre Journal and Theatre Topics. She is the author of Theatre and Translation (Red Globe Press, 2019) and Reaching Athens: Community, Democracy and Other Mythologies in Adaptations of Greek Tragedy (Peter Lang, 2013), and editor of Theatre and Adaptation: Return, Rewrite, Repeat (Bloomsbury, 2014). Margherita also works as a theatre translator from and into Italian and English. She won the TaPRA Early Career Research Prize for 2018.