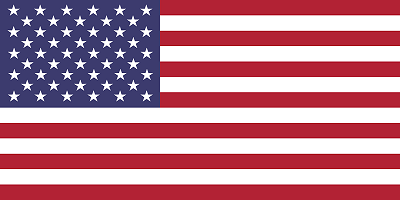 On Wednesday March 11, Broadway theatres were humming with the excitement of the spring season. Plays such as Tracy Letts’ The Minutes were in previews; their openings just days away. Buzz was building over Marianne Elliott’s revival of Company. Critics were anticipating a thrilling performance by Laurie Metcalf in Edward Albee’s Who’s Afraid of Virginia Woolf? And at the Brooks Atkinson Theatre, a venue named for a great critic, Six the Musical was playing its final preview to a packed house.

But already there were signs that New York was a hotspot for COVID-19 and the audience that strangely distressing night seemed unusually tense and fearful; over drinks or supper later, theatre people said it felt as though this was the last night of something that might not quickly return.

By the following morning, Broadway had been closed by government order. The most famous theatres in the world went dark. And so did all of the legendary restaurants and watering holes that catered to people who flocked to Broadway from every corner of the globe.

The rest of America followed, state by state. Critics from Chicago to San Francisco suddenly had no shows to review, unless you counted performances coming from basements. Artists were out of work. And one of America’s most important cultural industries was plunged into a crisis without historical precedent.

In the weeks that followed, the shuttered American theatre industry, both commercial and non-profit, was consumed by two burning questions: When would theatres be allowed to return? (No one knew.) And what would be left of their budgets when they did? (No one knew, but everyone worried.)

The theatres of the United States were accustomed to a lack of governmental support, but they had never anticipated zero box-office revenue for an open-ended number of months. Plans were drawn—and dismissed—as lockdowns were extended and public aid was slow in coming. Staffs were furloughed and those still working began frantically trying to pivot online, not a place live theatre ever wanted to be.

Critics started writing not about art, but economic disaster. It fell to us to explain why you could not perform Hamilton in a mask, why few theatres could survive with blocked-off seats, and, yet more crucially, why the live arts were not a dangerous frivolity, but a crucial part of any recovery of a country’s spirit. And it fell to us to write of deaths, many within the very community suffering simultaneous economic catastrophe.

Optimism was difficult but necessary. The American theatre will return after this intermission, we wrote, and not only will you find that you have missed it, but you might just appreciate what you took for granted.

Suddenly the stuff only a critic’s dreams were made of. The question now is what will be there when Act Two of the American theatre begins.

*Chris Jones is chief theatre critic and Sunday culture columnist for the Chicago Tribune. He is also the Broadway critic for the New York Daily News. Jones’ latest book is Rise Up! Broadway and American Society from “Angels in America” to “Hamilton” (Methuen).