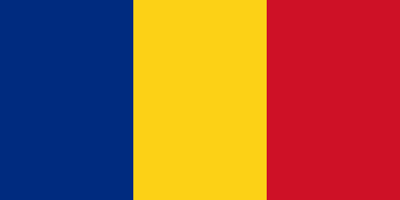 Report from the Romanian Section of IATC – Theatre Studies

“Theatre is always dying” is the bewildering statement once made by David Mamet. Yet, we all know, or at least hope, that theatre can never die! This paradox seems to be most suitable for describing the recent processes at the heart of the Romanian theatrical sphere.

Once the lockdown was imposed, theatre moved online—a circumstance deplored by many, yet cherished by those in favour of hope, when hope was desperately needed. From small, independent companies to the country’s largest and most prolific theatrical institutions, all troupes sought to adapt to the new, unprecedented situation.

The celebration of World Theatre Day on the 27th of March brought home—literally and figuratively—the sobering experience of watching performances on screens. Not live. Not alive. Not in the magical, shared space where the actors and the spectators meet through the unique art of the encounter. It was a bitter-sweet celebration of togetherness while being apart, an advent of both sadness and gratification. On one hand, theatre could survive, on some kind of life support. On the other, sentiments of anxiety and even hopelessness were creeping into the minds and hearts of artists and spectators alike.

For a relatively small country, Romania has many theatres and almost as many festivals. Some festivals are small, some are large, very large. Some are supposedly for certain categories of spectators, some are for everyone. Some have no meaning, some are deeply meaningful. All of them, however, benefit from one form of subsidy or another, a certainty that has been suddenly shattered.

Craiova International Shakespeare Festival and Sibiu International Theatre Festival are two of the most significant events of Romanian theatrical calendar, and beyond. Members of the Romanian Section of IATC – Theatre Studies have been involved in both, and for a very long time. Now both have taken a turn for the online medium, the seemingly unlimited web full of so many limits and limitations.

Amidst all the questions, all uncertainty, hope still prevails. The online is only a phase, and perhaps a chance for reflection. Should things continue the way they used to, or should theatre events be redefined in scope and content, so that they can be closely attuned to the mindset and sensitivity of the spectators living in a different world?

With such dilemmas in mind, a unique international conference has been organised, as part of Sibiu Festival’s online programme: “Theatre, Humanity and Hope: From the Real to the Virtual and Back.” Its strongest point is the very last word of this title. Indeed, for all doubt and fear, theatre must make a strong return. The fact that the Rooftop Amphitheatre of the National Theatre of Bucharest is the first venue to open for the public cannot be but an encouraging sign, a much needed one. Mamet is right, but only if his message is properly understood: theatre is always alive!

Report from the Romanian Section of AICT/IATC.Ro Group

Due to the State of Emergency (which began on March 16) and the nationwide lockdown, Romanian theatre has been exiled to the internet. As the theatre community attempts to adapt to the new context, everything has moved online: shows, rehearsals, workshops, future projects.

The 57 theatres financed by national and local government (seven National Theatres financed by the Ministry of Culture and 50 others financed by the local authorities) are broadcasting footage of shows (both recent and older). They are trying to maintain the vitality of their relationship with their audiences. They also have a medium term strategy of trying to expand their horizons, by seeking to attract new audiences from far away.

Most theatre companies are rehearsing online (using different apps, working in small groups in theatres, respecting the rules of social distancing), in order to be ready for the moment when they can meet again with their audiences. Some have already announced their intention of extending the spring season over the summer (July and August).

Unfortunately, many important international festivals have been cancelled; the Craiova Shakespeare Festival has been cancelled, and many festival programmes scheduled for later in the year are likely to meet the same fate). The Sibiu International Theatre Festival will have an online edition, on the theme of being “Empowered.” For 10 days, 12 hours per day (June 12–21, 2020),  the Festival will stream online great performances representing the best of theatre, opera, dance, music and contemporary circus.

Remote theatre has also been the solution for independent and private companies. Not being able to earn anything from ticket sales, they are now also supported by the State, which is paying 75 per cent of the average wage of all freelance workers. All of these companies are also keeping in touch with their audience, in different and original ways. For example, Unteatru (Onetheatre) of Bucharest created an online platform for their shows, financed by ticket sales and sponsorship. Many other companies are making available online short videos with the likes of poetry, puppetry or podcasts.

Even the arts universities are teaching via online platforms, either in live discussions with the students or by uploading video content of their lectures.

*Oltita Cintec has a PhD in Theatre Studies. She is the president of the Romanian section of IATC/AICT.Ro Group.