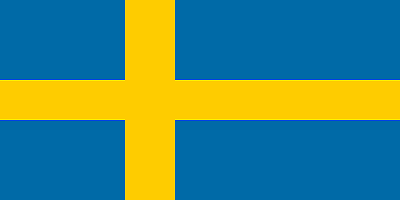 The world observes, with a certain amount of disbelief, how Sweden has refrained from draconian measures to stop collective assemblies in response to the Covid-19 pandemic. Not until the end of March did the government restrict public gatherings to a maximum of 50 people. All the major Swedish performing arts institutions did, however, cancel shows by mid-March. They were rapidly followed by independent theatres, although these would be playing to smaller auditoriums.

The performing arts in Sweden have, consequently, been hit severely by the coronavirus crisis. All four national and 32 city/regional theatres have cancelled the remainder of the season. The Royal Dramatic Theatre, which hosts the international Bergman Festival (which was due in late summer 2020), will invite shows from abroad to be spread across the entire 2020/21 season.

The city theatre of Stockholm premiered a new production online; Michel Houellebecq’s Serotonine adapted as a monologue. Meanwhile, the city theatres in Gothenburg and Malmö stay in touch with their audiences via video recorded performances and greetings.

The independent groups are going through a challenging phase. They are at a complete standstill, with a great number of freelance workers or self-employed artists currently left without income. The government has offered an emergency aid of 500 million SEK (€ 47 million) to cover for losses within the entire arts sector. Individual artists, creative teams and event organisers are invited to apply for support in compensation of cancelled shows, concerts or art exhibitions.

The Swedish section of the IATC has called the culture ministry’s attention to the dire consequences for our members, most of whom are freelance writers, left without paid assignments. It remains obvious, however, that the main loss within the performing arts sector concerns planned projects that will never happen, which are not covered by the government’s current support package.

A fierce debate broke out in Stockholm, where the city council proposed aid of 20 million SEK (€ 1.8 million Euros) to help independent groups deprived of revenue from rent and ticket sales. But the money was in fact redistributed from the existing project funding allowance. The corporate organisations claimed furiously that, without any project funds to apply for in 2020, they would be unable to create new artistic content, leading to an even longer, riskier absence from public performance. Instead, they advocated the “Berlin model,” whereby artists would receive a cash aid from new endowments to keep them afloat for a few months.

So, while the publicly funded performing arts institutions in Sweden may survive this crisis, the future seems uncertain within the independent field, which will, in turn, have an impact upon the public theatre.*

*Theresa Bener is a theatre critic, specialising in contemporary European theatre. She is President of the Swedish section of IATC, Svenska Teaterkritikers Förening. Website: www.theresabener.se.