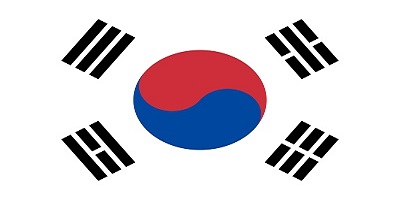 No-one saw this coming in early February 2020. It took just two months for South Korean society and its theatre community to become what they are now. The new normal of “life on pause” began amid the fear and confusion caused by the pandemic. The Covid-19 crisis has brought about unprecedented changes in the national theatre scene.

These changes brought about an awakening to the need for a crisis management manual. A series of cancellations and postponements with no hope of a return to business as usual has highlighted the need for accurate reporting on the damage artists have suffered, as well as the necessity of a policy to support their livelihoods. Simply put, the artists have wasted the first half of 2020.

South Korea’s Ministry of Culture, Sports and Tourism has unveiled emergency support measures for the theatre sector. The Covid-19 Help Desk was created by the Korea Arts Management Service to offer advice and counselling, and the Korean Artists Welfare Foundation launched a loan programme for artists who have been affected.

The Arts Council of Korea and the Seoul Foundation for Arts and Culture have been rolling out multiple subsidies for theatre projects. However, despite the government’s all-out efforts, these measures do not seem to be making a big difference to offset the losses artists face. As for the subsidy programmes, many are reluctant to avail themselves of these in this time of crisis; not least because the loans offered come with strict qualifications for borrowers. The art community is calling for stronger and more accessible support from the government, citing examples from overseas.

The Covid-19 outbreak also presented a new possibility of marrying theatre with technology. Online streamed shows, or so-called “LAN productions,” are now widely available in South Korea. National and public theatres are offering past performances online and increasingly presenting premieres of new productions both on-stage and on live streaming platforms.

Theatregoers’ interest in “non-contact” options, due to fears of the spread of Covid-19, has triggered a debate about the digitization of theatre. Some suggest cautiously that online streaming services should be categorized as a new theatrical genre. Theatre used to be limited by time and space. Now, however, a performance with 6,000 live audience members, when streamed online, is watched by some 60,000 viewers. Whether theatre streaming services will help to locate a new audience base is being hotly debated. A transition to paid access is another issue worth considering.

As of mid-April, South Korea has successfully flattened the curve of new Covid-19 cases. The biggest takeaway from the pandemic is perhaps that “there is no such thing as a solid reality or everyday life that remains unchanged.” The top priority now for everyone is to find ways to work with one another.

*Um Hyun Hee, is a theatre critic and General Secretary of the International Association of Theatre Critics (South. Korea Section). She lives in Seoul.