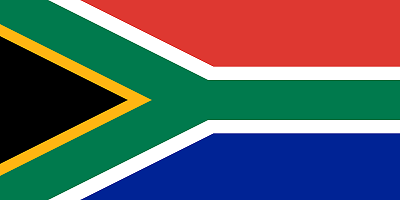 As the first reports of what is now known as the COVID-19 international pandemic began to surface locally in February of this year, and the first confirmed South African case announced on 5 March 2020, feelings of restlessness and uncertainty soon made their presence felt throughout the cultural and sporting fraternity in South Africa. Everyone was unsure of what was going to happen and how to react to it, but with many people going into voluntary isolation, the organizers of many social, cultural and sporting events soon began making (tentative) alternative arrangements, including postponing events, closing or limiting the use of venues, and so on.

In a swift response to the COVID-19 international pandemic, President Cyril Ramaphosa announced a full national lockdown starting on 26 March 2020, initially for three weeks, but extended to five later and then gradually relaxed after 30 April.

All theatrical events, festivals and musical concerts have been affected by this, venues officially bidden to close their doors and productions and public events either being postponed or cancelled—with no idea of the duration of the lockdown. The last arts festival to still take place was the Woordfees (“Word Festival”) in Stellenbosch during March and the first to actually announce that it was not going to take place was the Klein Karoo Nasionale Kunstefees in Oudtshoorn, in April. It was soon followed by the rest.

In a similar vein, a number of theatres are considering a long term closure, or even closing down permanently—Cape Town’s Baxter Theatre talking of only reopening in 2021 for instance.

Besides the devastating effect this crisis has had (and will continue to have) on the economy of the country and its citizens, the most ominous implication of this lockdown for freelance artists, technicians and related staff, as well as theatre owners and managers, is exceedingly simple: since no work can be done and thus no income can be earned—the bulk of the artistic community can currently be described as unemployed, with no way of planning ahead. Hence, theatres and festivals may close and never reopen, artists be forced to seek other occupations, and so on.

What makes this aspect so immensely critical in South Africa is the fact that virtually the entire South African theatre industry is a freelance system, except for a number of people employed permanently by a number of urban commercial theatres and companies. Most of the rest, as well as the cultural products deriving from the industry, are predominantly dependent on the more than 40 public arts festivals, carnivals and other celebratory events that occur every year, throughout the country. Very few artists actually have long term contracts and virtually none have permanent employment.

To counter some of the more devastating of these problems, some artists—those in the music industry in particular—have become quite creative and started using online resources to release music and also offer masterclasses during the pandemic. A number of theatres and companies have also begun streaming performances, run online events or released archived productions to watch online.

At least one school festival will operate online with participants sending in videos of their work, largely poetry, monologue, and so on. As for the professional festivals, the most radical attempt comes from the National Arts Festival in Grahamstown (now Makhanda) which is going virtual, hoping that by presenting work within a digital space they hope can continue to support artists and the arts in 2020.

Governmental and Other Responses

The central Government has set-up a relief fund of a hundred and fifty million rand for the Sports, Arts and Culture sector. Artists were invited to apply for funding for cancelled or postponed projects with supporting documentation. A number of other organizations like BASA (Business and Arts South Africa) and funding agencies have made similar offers of support. These aid schemes are currently being processed. Other organizations, including the South African Theatre Benevolent Fund, are exploring supporting actions while a number of theatres and companies have in desperation turned to various forms of crowd-funding as possible options.

*Gaerin Hauptfleisch is a playwright, director and owner-manager of two theatre companies

**Temple Hauptfleisch is an academic, theatre researcher, historian and critic