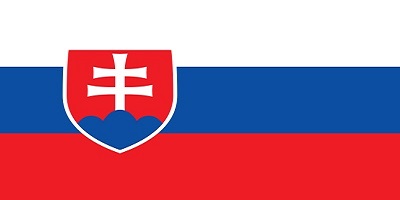 There is never a right time for a crisis. However, the pandemic hit Slovak theatre at an extremely sensitive time. On March 1, 2020, a special programme, combining opera, ballet and drama, made in honour of the centenary of Slovak Theatre, took place in the historic building of the Slovak National Theatre. In front of its new building, by the Danube river, was a special poster boasting: “We have been your mirror for a hundred years.”

In late February there was the opening of a special exposition on the history of Slovak theatre at Bratislava Castle. It was prepared by the Theatre Institute and attended by almost 500 invited guests. All went well, but a couple of days later the entire theatre industry was forced to close. Theatre tickets were not available for the rest of the season. That was one of the extraordinary measures adopted by the outgoing Slovak government. Another one was the complete cancellation of cultural, sporting and social events. These measures, which were introduced on March 9, were, of course, in response to the COVID-19 pandemic.

A year ago, no-one could have predicted that most of the year proclaimed by our government as the “Year of Slovak Theatre” (www.rokdivadla.sk) would end up with almost no theatre activity. Moreover, the global pandemic has coincided with a time of significant political change in Slovakia. Peter Pelligrini’s government, led by the leftist party SMER—SD, was replaced by a  centre-right coalition headed by Igor Matovič. The new government was appointed by Zuzana Čaputová, President of the Slovak Republic, on Saturday, March 12. Slovakia’s artistic community is now eagerly anticipating the first actions of Natália Milanová, the new Minister of Culture, believing that she will extend a helping hand in this difficult period.

The Theatre Institute is leading a working group set up to advise the Ministry how to help the theatre in all its forms. Both independent and state run agencies have initiated surveys addressed to individuals working in the field of culture and the creative industries, with the aim of assessing the real financial impact of the situation.

The crisis regime has had a devastating effect on theatre artists in both the independent and public sectors, and the real consequences are yet to be seen. However, most of the theatres are trying to do work in the virtual space. Several theatres have made recordings of their productions accessible to the public online. These are free, as a compensation for the absence of live culture. One such online project is “The Slovak National Theatre at Home,” which is available on the website 100.snd.sk. and YouTube channels www.youtube.com/results?search_query=snd+som+doma.

Slovak artists have not neglected young viewers. The internet hosts lots of readings of fairytales and “homemade” puppet productions. There has even been an online puppet theatre premiere, as well as rehearsals over Skype, to prevent the stagnation of productions.

The initiative Stojíme pro divadle (We Stand for Theatre) called on audience members to support cultural organisations with two percent of their taxes. It also encourages them not to ask for refunds on tickets of cancelled events, in order to minimise the financial losses of theatres.

The Slovak Arts Council, the grant-awarding body of the Slovak Republic’s Ministry of Culture, has extended the deadlines for submitting applications for various forms of funding and has revised the conditions and deadlines for reporting on the outputs of funded activities.

Theatre festivals planned for April through to June have been postponed. This has been the fate of Festival Nová dráma (New Drama Festival) which will now be held in May 2021; the Nu Dance Fest (postponed until August 2020); and Touches and Connections, the festival of the best Slovak productions, which is held in the central Slovakian town of Martin and normally takes place at the end of June, but is currently considering dates in November. The only festivals that hope to go ahead as planned are Theatre Nitra (the biggest international theatre festival, which is due to take place at the end of September) and Bratislava in Movement (the October dance festival).

However, the biggest international event planned within the framework of the Year of Slovak Culture—the IATC’s 30th International Congress of Theatre Critics (which should have taken place in Bratislava at the same time as the Nová dráma/New Drama festival)—has also been postponed until next year. We all hope to host our foreign guests in May 2021.