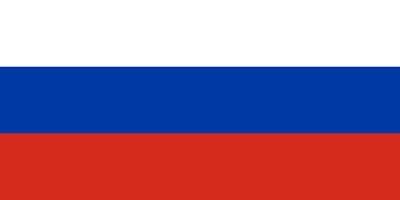 All Russian theatres were closed by order of the Ministry of Culture on March 17. Although in mid-April theatre leaders were still hoping to open their premieres in June, it is now completely clear that there is no reason to expect an early opening. Among the theatre managers there is a common understanding that, even after the quarantine, the theatre will encounter public resistance, a certain “scorched-earth” effect, as one of the major theatre directors said.

The quarantine divided the institutions and artists into supporters and opponents of the transition to the online mode. However, even the most ardent opponents, such as Konstantin Bogomolov, soon joined the general trend of broadcasting, giving online lectures and searching for new ways of communicating with their audience.

The first reaction to the quarantine, as elsewhere in the world, has been the “broadcast boom.” The major theatres of the country, such as the Moscow Art Theatre and Maly Drama Theatre, have opened their precious archives. Perhaps for the first time in the Russian theatre history, the country’s colossal theatre network has actually come into the social limelight. The general public has suddenly been exposed not only to the eminent metropolitan productions, but also regional shows.

While the government-supported institutions tend to present “the best of the best,” young artists have rushed to invent new formats. The “spontaneous program” of the St. Petersburg Art Festival, entitled Access Point (https://tochkadostupa.spb.ru/en), has become a kind of online theatre factory. Its curator, Alexei Platunov, is optimistic. In his opinion, the “forced immersion in the online format” will force theatres to try to reach the widest possible audience, rather than targeting their work at specific social groups. Platunov’s project, titled The Nation in the Stalls, is “aimed at emphasizing social differences, whilst, at the same time, promoting communication between various social strata.”

Indeed, there is real progress here. Among many initiatives—including readings, social singing, online streams with artists, psychogeography of one’s own or someone else’s apartment and audio performances—new works are beginning to appear, focusing on rethinking the communication strategies of our time. For example, there is Cloud Me by Maria Patsyuk, in which the viewer gets full access to the digital body of the artist during the performance.

There is also the play Hello by B. Pavlovich and E. Petrova, whereby, updating the telephone conversation format, the performance offers participants an “external” view of their personal imprisonment.

In this context, theatre criticism cannot but flourish. The websites of the major magazines are flooded with information, reviews and guides. New genres of critical response continue to emerge. Experts are debating new formats and conceptualizing this new theatre crisis.

On May 17, the Bolshoi Drama Theatre and the Theatre magazine have set the #helpfordoctors philanthropic effort in motion. Within the project actors from many theatres from all over the country (25 at the moment, but the number is growing) read documentary monologues of medical workers who are now fighting COVID-19. The money from the project goes to purchase personal protective equipment for medical workers in hospitals which are under resourced.

The effect of the project is colossal. It is important to note that the Russian theatre community is in search of mechanisms for civil consolidation and the “unionization” of artists as it was in the struggle for the release of the young actor Pavel Ustinov in the so-called “Network case” (autumn 2019). The movement started with the”Seventh studio case” –which included the accusation of Kirill Serebrennikov whose trial continues to this day.

*Alexandra Dunaeva is theatre researcher and critic, art history candidate and IATC member. She is also senior fellow at the School of Advanced Studies in the Humanities, RANEPA (Moscow).