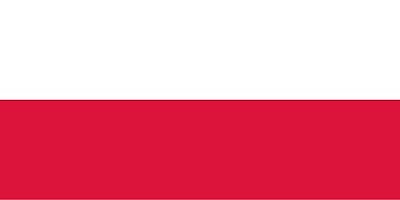 Theatres in Poland have been closed since March 12, 2020. Likewise, cinemas, restaurants, cafes and sports facilities. The pandemic has frozen economic and social life. The theatre—after a short, initial period of shock—has moved temporarily to the internet; actually, it has had a presence there for a long time (this is especially true of the archives theatre on television). Indeed, before the pandemic, it was possible to access recordings—some of them made to a high professional standards—of productions and events by certain Polish theatre companies; for instance, an online video of the TR Warszawa’s production of Pieces of a Woman (premiere: December 13, 2018), featuring the actor Kornel Mundruczo, has around 10,000 views.

There are quite a few archives of theatre performances prepared specifically for television. Now, the archives are opening, although to some extent they were already open. About 200 archived performances of television theatre (from over 5,000 registered) can be watched free of charge.

Increasing numbers of productions are being made freely available to access online. Actors of many theatre companies, including the National Theatre, are recording video readings of fragments of literature, especially dramatic monologues and poems, for broadcast online.

The first, original internet theatre productions, have also been created, such as a series of episodes from everyday life during the quarantine (each about five minutes in length), performed daily by Agnieszka Przepiórska, an actress known for many monodramas. These have been recorded under the auspices of the Łaźnia Nowa theatre in Kraków.

Polish theatre’s online offerings also include performed readings of dramas (for example, at the Dramatic Theatre in Warsaw), with post-show discussions after the premiere (TR Warszawa organizes such shows every week). The Jewish Theatre offers an entire repertoire of online broadcasts (comprised of meetings, sung poetry, monodramas and readings of dramas). Such online productions are proliferating rapidly. An additional stimulus to such work might be announced, by way of the Ministry of Culture competition for artistic activities on the internet, during the pandemic.

We published the artists’ responses on our website: www.aict.art.pl.

The 7th edition of the The Andrzej Zurowski Prize, the annual competition for theatre reviews by young critics, which is conducted by the Polish section of IATC, is going ahead as planned. The jury is conducting its work online, and the results will be announced in May, that is few days after the completion of this brief report.

The website of the Polish section publishes not only information, but also reviews (sometimes archived), of theatre productions shown on the internet.

This diverse activity by theatre artists in the face of the pandemic is not a substitute for the insufficient state support for the artists who have been hit hardest by unemployment. Occasional help and grants will not ensure artists’ existence if the pandemic continues beyond a few months, nor will they protect theatres from bankruptcy. Negotiations with the government are underway to try to create a system to help artists in the event of a protracted pandemic.

As of June 6, theatres in Poland are slowly coming back to playing in places following specific sanitary rules.