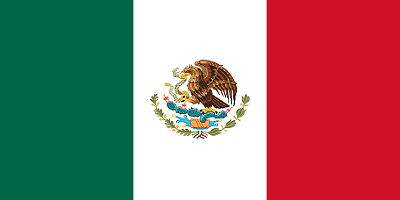 The coronavirus pandemic has had a substantial impact on the performing arts in Mexico. Theatre productions are on indefinite pause. The curtains are closed until further notice, which puts at risk the survival of the theatre in Mexico, as the infrastructure of most companies will not last for several months.

Physical distancing requirements and the closure of many venues have restricted not only public performances but also rehearsals, and many productions had been postponed or even cancelled.

The theatre vocation has always been a financially uncertain one, and this health emergency has exposed even further the fragility of the Mexican theatre community. Many companies and artists are in total economic distress.

Actors and theatre companies are paying a heavy financial price. They have asked for urgent credit lines, cancellation of public show taxes and different support measures from the government; however, they have received no response.

The Mexican Government recently cancelled the FONCA Scholarship that supported the work of artists. The national culture budget has been reduced to its lowest figure since 2011.

The only certainties are that the theatre scene is full of challenges and this crisis will end, sooner or later. When it is over, public policies related to the Mexican cultural sector must be discussed (more here).

One thing is certain: it will take a long time for the economy to recover. Moreover, confidence in human contact will also be slow to be restored and that, of course, will increase the hesitation of people to attend theatre or other events in the public sphere.

The term “the show must go on” has tempted many performing arts institutions to adapt by offering digital services, such as free online streaming of previously recorded productions and new shows.

Actors, producers, musicians, writers and other creative artists are using Facebook, Instagram, Zoom and other online platforms to either organize conferences and meetings, or to build online creative communities (by inviting people to purchase tickets for further shows, engage in workshops or take theatre classes).

Mexican society is seriously ill. It is suffering from rampant corruption, drastic insecurity, internal and external contamination, widespread poverty, suffocating politics, cultural insufficiency, anaemic economic support, editorial cancer, historical anmnesia, and general negligence. Theatre is currently in intensive care, and we have to prevent its collapse. Many treatments have failed, and we, who love theatre, are the doctors and nurses who will cure it. That will be our salvation.

*Lorena Meeser was born in Mexico City. She is director of the magazine Visión Empresarial Querétaro. She has contributed as a theatre critic to numerous media outlets, and has directed several theatre productions.