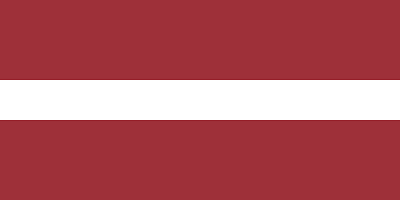 The year 2020 is probably the strangest year in the world of the performing arts in our (young) century. The Covid-19 pandemic and the related social distancing requirements closed all theatres and forced everyone to move to digital platforms.

Unlike many other countries in Europe, Latvia did not go for a complete lockdown. However, the notorious Friday the 13th in March marked the start of its national emergency and a series of restrictions related to public gatherings. Before Easter, the state of emergency was prolonged to mid-May. In Latvia, theatre is an important part of cultural and social life; therefore, actors looked for virtual alternatives.

Ideas float in the air and sometimes land simultaneously in different minds, as in the case of separate online readings of Giovanni Boccaccio’s Decameron offered by New Riga Theatre actor Gundars Āboliņš and KVADRIFRONS, a group of young Latvian theatre performers.

While Āboliņš has undertaken the mission to record all of the stories in the book himself, KVADRIFRONS has emphasised the dimension of cooperation by inviting their co-workers, friends, partners and teachers to perform one story each

Other actors with the New Riga Theatre followed the example set by Āboliņš by doing readings of fairy tales, documentary fiction and classic literature, depending on their own individual preferences. Meanwhile, Alvis Hermanis’ students came up with invented, futuristic visions of the “afterlife” of the quarantine period.

The social media accounts of theatres gradually filled up with videos of artists urging people to stay at home and showing what they were doing during the quarantine. There were also podcasts discussing the future of the performing arts, and so on. Some stage directors moved to Zoom or Skype for remote rehearsals. Theatre audiences, in turn, shocked by the abundant offer of online streaming by the world’s top theatres and opera houses, immersed themselves enthusiastically in their screens and feverishly shared their must-see lists, mostly free of charge. The gates of a paradise of theatre seemed to welcome anybody and everybody able to connect through the internet. Only a few sceptics ironically sneered, remembering Pushkin’s A Feast in Time of Plague.

The first successful attempt at online theatre in Latvia was Ice Fishing, a small-scale performance by two actors, produced by the Goda Teātris independent theatre in Liepāja and performed on March 26 in an empty club-café Wiktorija. On April 4, another independent theatre, Ģertrūdes Street Theatre (one of the most visible independent players on Latvia’s theatre scene) followed suit in more advanced form, adapting its production of Tanya’s Birthday to a web version performed live on Zoom. In the original theatre production, the show imitates a birthday gathering around a big table, with the audience and actors sharing the birthday meal, singing songs and joining in conversations and the party.

In the web version, the production resembles the causal relationship between Mohammed and the mountain, meaning, “if the audience does not come to the theatre, the theatre goes to the audience,” inviting everybody to dress up, prepare a meal and join in virtually to celebrate Tanya’s birthday.

Social distancing has also given a new voice to dramatists. A few young Latvian playwrights and scriptwriters, such as Linda Rudene and Jānis Balodis at the Dirty Deal Teatro, have produced several performances-cum-instructions for “how to survive the Covid-time” to be enjoyed individually at home; audiences members use earphones and complete the tasks or follow instructions given by the authors.

A time of isolation is definitely not the time for big scenes and complicated large-scale productions, unless they are pre-recorded. It is a time of contemplation regarding one’s relationship with theatre and the performing arts in general.

April 17 opened a new page in Latvian theatre history with the premiere of the first purposefully produced online performance. The Daile Theatre is one of the largest state theatres in Latvia. It will, eventually, celebrate its centenary in 2020. Despite facing an unexpected intermission in his pre-anniversary season, Viesturs Kairišs, the theatre’s new artistic director, took upon himself the challenge of staging the first “online theatre series.”

The premiere work in this series was the play The Enthusiasts (Die Schwärmer, translated into Latvian as Jūsmotāji), by Austrian playwright Robert Musil. It was staged remotely with seven actors using Skype. The resulting production was filmed and, later, divided into 15 to 20-minute segments. The actors look into their web cameras and read their dialogues aloud, as if they were on stage and interacting with each other. The illusion of a shared stage is achieved by the “shared” screen, while the audience is behind the traditional “fourth wall.”

The Daile Theatre’s series is available on social networks and on the company’s YouTube channel. This is the first 100 percent digital performance in Latvian theatre history and the last production of the 2019/2020 season at the Daile Theatre. Subtitled The Psychoanalysis of Feelings on the Border of Metaphysics, the play tells of five intelligent and successful people in their thirties, isolated in a countryside cottage while trying to escape an apocalypse, which resonates with the current policy of social distancing and self-isolation practised worldwide.

Οn May 8 a new page in Latvian theatre history opened with “Iran conference” by Russian writer Ivan Vyrypaev, staged in Zoom application by Elmārs Seņkovs in cooperation with eleven actors from different Latvian theatres. The play imitates a scientific conference organized in Denmark discussing such issues as human rights, religion and values in Iran.

Today, the whole world of theatre, live or recorded, has become a screen, literally. One might be surprised by feeling a longing for hundreds of strangers sitting side by side in the dark, all enchanted by a live, non-mediated performance.

*Lauma Mellēna-Bartkeviča is a PhD scholar and theatre critic.