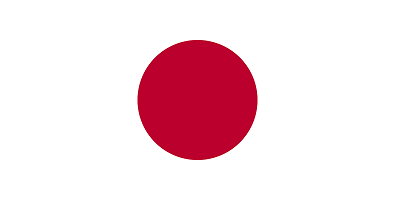 As in many other parts of the world, theatre in Japan has been devastated by the COVID-19 pandemic, not because the artists and technicians have contracted the virus, but because they have had to cancel performances in response to the “self-restraint request” by governments, both national and local, with no clear promise of a social or financial safety-net.

It was in late January that the first symptomatic COVID-19 cases were reported in Japan. As of April 11, Japan has 7,644 cases and 145 deaths.[1] On February 26, the government issued a “request of cancellation for large-scale cultural events” with which national and local public theatres and major producing companies complied. On April 7, Prime Minister Shinzo Abe declared a state of emergency in Tokyo, Osaka, and five prefectures to be in place for one month on the mandate of the Act on Special Measures for Pandemic Influenza and New Infectious Diseases Preparedness and Response. Accordingly, Tokyo Metropolitan Government extended its request for closure to theatres, with the effect that almost all metropolitan theatres and theatre companies cancelled their performances.[2]

The sticking point of this Act of Special Measures is that while it empowers the government to request the suspension of business, the compensation scheme is vague. The government says households and employers can claim compensation of between JPY 300,000 and 2 million (USD 2,800-9,300 / EUR 2,600-8,600), but whether this includes theatre companies and theatre practitioners is unclear.[3]

With a view to helping freelance theatre people, a group of playwrights, directors and actors launched “a request to appropriately compensate theatre people,” which attracted more than 1,000 supporters. The request was submitted to the Cabinet Office and the Agency for Cultural Affairs on March 30. In the same vein, but with different emphases, the Association of Japanese Theatre Companies, Japan Actors Union, the Association of Public Theatres and Halls in Japan, and Japan Council of Performers Rights and Performing Arts Organizations have made separate requests to the government. Apparently, however, there is a lack of understanding among the general public, as many people still consider art as merely a pastime.

The National Theatre and the New National Theatre from the public sector and Shochiku, the preeminent private producing company of kabuki productions, have started to offer their productions online. Some small-scale theatre companies have started to sell DVDs of their empty-theatre productions. Undeniably, these online and/or recorded stages fall short of live shows, but they do have the benefit of giving a ready access to theatre performances to those living far from urban areas and the elderly. There is grave concern that the prolonged cancellation of theatre performances may threaten the constitutional right to freedom of speech. In medieval times, people contemplated death in the face of the plague—memento mori. Now, at this time, we must ponder on life that theatre can give in the face of COVID-19.

We at Shizuoka Performing Arts Centre realize there are lots of people who really need theatre.

Some might say we need it to enrich our lives, and some might feel like dried-out plants in need of water without theatre in their lives.

For such people and more, theatre can provide both mental and spiritual nourishment. This is why we have always believed that we must present live performances, even if only one person needs them. So now, with people isolated from others in this critical situation, we believe theatre performances are more important than ever.

Despite this, SPAC has decided to cancel our World Theatre Festival Shizuoka 2020 and also its production of Antigone.

At first, when it was clear that the invited foreign artists would be unable to come to Shizuoka in May due to COVID-19, we tried to retain the scheduled performances of both SPAC’s own programs—Mary Poppins with her Upside-down Umbrella and Antigone. Now, however, we have decided to cancel those as well, due to the risk posed to everyone involved in staging the productions and, ultimately, to our audiences.

Fundamentally, theatre is an art form created through people interacting directly. That’s why, when theatre creators or actors are unable to come together in a rehearsal space, it’s as if they have been uprooted and left without mental nourishment or water for their souls.

However, it’s not just SPAC members who are left adrift, but, of course, our audiences too, as all Golden Week’s sparkling programs are now called off.

Faced with this, we are resolved and determined to come up with a new way of surviving without live theatre, even though actors are confined at home and unable to gather in rehearsal rooms.

So, exactly what can we do to keep all our hopes high and maintain our links with friends, colleagues and followers at home and worldwide?

We promise you we will find something through which we can look on the bright side of life through theatre—something to maintain our enthusiasm and strengthen our sense of solidarity as theatre lovers wherever we are.

Note: The following is excerpt from his first-hand report in Ronza, a website run by Asahi Shinbun, a nationwide newspaper, March 11, 2020 (English translation by Ted Motohashi, member of IATC Japan)

We are scheduled to present a play called SCRAP at the Tokyo Arts Theatre, from April 1 to 5, which would mark our company’s 10th anniversary. However, we are now deeply worried if we’ll be able to carry out the performance as planned.[4]

The worst case scenario will be that the performance is cancelled at the last moment despite our months long preparations and rehearsals, which may be an irreparable loss, psychologically as well as financially. The reasons for the cancellation would be several: a closure of the theatre itself, or even if the theatre has not been closed down, the spread of the virus may make the gathering of people in the theatre morally untenable. We are particularly concerned about the nine guest players whose efforts and time will be wasted if the performance is cancelled.

We have decided that we should make the final decision as to whether we mount the production or not two weeks before the first date, the reason for which is that the deadline to order the stage set is approximately two weeks before the opening. We have already paid more than 1 million JPY (9,300 USD / 8,500 EUR) to cover the partial cost of using the theatre and rehearsal rooms. To include the advertisement costs, we have already made a large investment. Cancellation at this point in time, therefore, would be a big blow for a small independent company like ours, which has no institutional or financial sponsors.

The bulk of these prepaid costs are covered by the monthly subscriptions paid by our five core members. Since we lacked the funds to initiate the present production, we had to borrow a substantial amount from a company; this helped us out with the costs of production and advertising. We were planning to reimburse the money from the ticket sales. If the production is cancelled, the whole amount will be left to us as a debt. If it is cancelled after we ordered the stage set, it would be impossible for us to mount another production for years to come. We have only five days to decide.

[2]Nationwide state of emergency was declared on 17 April.

[4]After this interview was published, the company decided to cancel the production. Fortunately, however, because of considerate actions from the Tokyo Arts Theatre and other institutions, the financial damage was fairly limited. Shirai wrote: “When the threat of Covid-19 is finally lifted, we will be faced with a totally transformed world in terms of material values and social situations. We artists will then create our works from an entirely different viewpoint towards our world. I believe I have only to endure now preparing for those uncertain times” (Ronza, April 8, 2020).