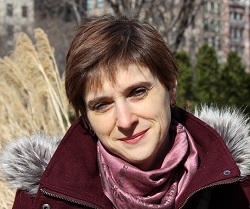 As we prepare the June 2020 issue (#21) to be released, we find ourselves in a new world of social distancing, self-isolation and developing anxieties for our health and economic wellbeing. This is the world that we could not imagine or anticipate even a few months ago, when the work on this issue began. But in theatre, technological innovations and digitalization of communication have been slowly but steadily changing its performative language and techniques for the past several decades. Because theatre has been using different means of technology, including life video streams, projections, interactive surtitles, augmented reality and immersive digital content, it was able to, relatively fast and often masterfully, adapt to its new performance spaces, including different internet platforms and interfaces, and it continued speaking to its audiences across geographical barriers and across the globe.

Part One of the Essay Section predicts and reflects on some of these challenges. Although it is based on the conversations that began in the spring of 2019, when, together with my colleague Dr. Peter Kuling, I organized the international interdisciplinary conference Mediating Performance Experiences, at the University of Ottawa, Canada, the five articles that make Part One of the Essay Section offer this conclusion: theatre is always at the frontlines of technological and artistic innovation. Even today, despite being put into an impossible situation of confinement, away from its habitual spaces and spectatorship, theatre continues to experiment with new technologies seeking better and faster ways to reach its audiences.

The conference Mediating Performance Experiences was dedicated to similar questions as well. It brought together international scholars, performance artists, and media developers to discuss the challenges and advantages of interpersonal, political, cultural and performative dialogues produced because of radical changes in communication technology. Our goal was to try to generate an interdisciplinary dialogue on the political, social and emotional impact digital and internet technologies have in making theatre arts. The conference posited theatre and performance arts at the vanguard of cultural performance, interrogating the influence, power and liabilities of cultural and technological mediations. But it also wondered what we lose through technological mediation when trying to communicate with each other through multiple digital platforms and across cultural and linguistic boundaries? Five articles of Part One address these issues too.

Part Two of the Essay Section focuses on the questions of theatrical encounters in traditional theatre spaces, not digital platforms. The articles by Peter Farbridge, Manuel Garcia Martinez, Rick Cousins and Dena Davida examine questions of intercultural encounter both on- and off-stage, in theatre practices instigated by the experiences of global migration. Bahee Hadaegh and Zeinab Karimi focus on theatre as a place of cultural mediation and pedagogy, using theatre for young audiences in Iran as their primary case study.

This work would not have come to its fruition without generous support of Dr. Janne Cleveland, Carleton University, who provided extensive commentary and editorial help in my work on Part One of this section. I’m also very grateful to Aisling Murphy, who helped to shape and edit Part Two of this collection.

As always, I continue looking forward to new and exciting articles to be featured in the future editions of this section.

*Yana Meerzon is Professor at the University of Ottawa. She has published on theatre of exile and migration, cultural and interdisciplinary studies. Her books include A Path of the Character: Michael Chekhov’s Inspired Acting and Theatre Semiotics (2005) and Performing Exile – Performing Self: Drama, Theatre, Film (Palgrave, 2012). She has also co-edited several book collections and special issues of journals on these topics. Yana is the editor of the “Essay Section” of Critical Stages/Scènes critiques.