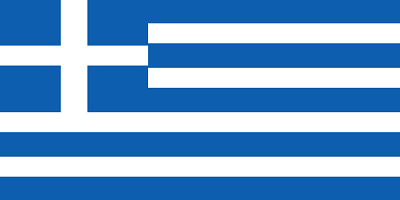 Report from the Hellenic Association of Theatre and Performing Arts Critics

Communication, teamwork, coexistence, cooperation, collectivity. This is theatre: the product of dialogue and democracy. When challenged or surrounded by very severe crises, it may take a short “break,” but it does not “disappear” from view. It stays in the battlefield, working out ways to fight back, to survive. And it does survive.

The unprecedented invasion into our life of Covid-19 created real chaos in Greece as in other countries. Hundreds of theatre houses closed down and hundreds of productions cancelled. For the first time in Greece’s recent history, theatre disappears from Agora, the place where it ontologically and historically belongs.

However, this most unfortunate and violent twist of everyday theatre life, this unexpected pause, forced theatre people to confront and reconsider a number of burning and longstanding problems, usually bypassed in the vortex of everyday life and the struggle for survival. Undeclared labor, indifference to the representative institutions and unions, lack of an organized cultural policy plan, inadequate venues were among the hot issues that acquired “visibility.” Facebook, Τwitter and other web platforms and web pages became the most popular terrain for their exposure and discussion. The lockdown found theatre people uneasy, deeply worried but also more active, more aware and readier to claim and work for a better future.

I cannot really tell at this point whether what they have on their agenda is a realistic target or just another utopia to be forgotten as soon as life is back to normal. However, I strongly believe that the Covid-19 era has proven, at least in Greece, two things:

This momentum that emerged from within this pandemic maelstrom is something to be cherished. It could be the beginning for the reshuffling, repositioning and reshaping of the art of theatre as well as the art of theatre criticism.

Theatre is expanding worldwide, and it requires an equally expanding critical discourse and a critical audience, ready to embrace the new and the different.

Symbiosis of Humanity and Art

Report from the Union of Greek Critics for Drama and Music

The situation is not ideal, of course, as it threatens every level of social life—cultural, psychological, economic. But theatre has strong roots in Greece; it is the foundation stone of Greek culture and we are doing our best to overcome this major crisis.

The Covid-19 epidemic confirmed once again—and more than at any other time in recent years—the importance of art in society not only as food for thought and consolation or remedy for the soul, but also in everyday life. As Stephen King sharply put it, “what would you do in quarantine without books, music and films?”

Art, like almost everything else, is going through a deep crisis as a result of the epidemic. Streaming and other forms of digital transmission have been in use for some time but now come up more prominently. A lot of things will soon change, in terms of both the creation of art and its distribution, thus affecting the way we consume and enjoy it. Those changes will come at an even higher cost to the effect that art will probably be rendered more expensive than ever. In a country like Greece that is still trying to recover from the recession brought about by the 2010 economic crisis, it is very important for the State to find viable ways to support and fund the arts.

What should be uppermost in our minds is that, in our time, art means and matters more than ever before. During the quarantine all of us have been forced to face ourselves, to connect with our souls. This is what real art is all about; the artist listening to his/her inner self and communicating that to the public. The relation of humanity to art is symbiotic: one cannot exist without the other, and we, critics, have a crucial part to play in order to ensure that they continue to do so in the future.

*Leandros Polenakis, theatre critic and President of the Union of Greek Critics for Drama and Music.

**Thanos Madzanas, music critic and also fiction writer. He is a member of the Union of Greek Critics for Drama and Music.