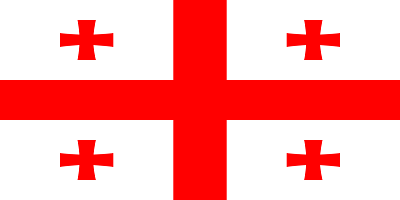 The most striking thing in the Orthodox Easter afternoon in Georgia’s capital Tbilisi was the complete silence on the streets. Movement of vehicles was prohibited for four days in a desperate attempt to have fewer people go to churches and preserve the country’s relative success in fighting the Covid-19 outbreak.

As I write this, the official count of coronavirus cases has not yet reached 900 in Georgia, with over 700 people recovered and 13 deaths since February 26, the date on which patient zero was detected on the Georgia-Azerbaijan border.

At the time of writing, all schools, universities, cinemas and theatres remain closed (and have been so since March 2). Public transport stopped after the state of emergency was declared, and the country, along with the rest of the world, moved online.

Hardships are nothing new to Georgia. Consequently, the country met the pandemic with a well-trained resilience accumulated through centuries of wars and disasters. Whilst the government put emphasis on rescuing Georgia’s fragile economy, culture was left to survive on its own. Deadlines for state funded culture programmes were moved until better times. Meanwhile, Georgian theatre artists are making use of their own creativity and are challenging the idea that theatre is the art form that cannot be transmitted via electronic platforms.

Theatres opened their archives to screen the best shows online. The Rustaveli National Theatre and the Youth Theatre have even produced special online playbills. All the theatres make sure that the performances start at the usual time, even though they are online. Actors are also involved in reading fairytales for children from home.

Online libraries have waived their fees during the lockdown, while television produced a special season of a popular TV series about the quarantine. Critics are planning to hold the traditional Critics’ Prize ceremony online. There also are online conferences, classes and webinars.

Moreover, Georgian musicians have even attempted an online orchestra and polyphonic singing. In addition, some of the theatres are currently working on producing special online performances with premieres planned later this season.

Briefly, Covid-19 turned into a stimulus in the search of new forms and ideas, and humour, the universal medicine, decorated Georgian online life into a special colour.