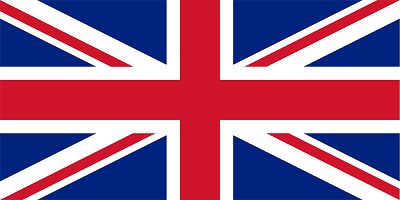 March and April were the cruellest months. The West End was closed. Shaftesbury Avenue and Piccadilly were eerily quiet and those who want a good night out were solemnly warned by the government to stay at home. We did not know – and nobody still knows – how long the lock-down would last.

The larger managements have informed patrons who bought tickets up to May 31 can choose between receiving refunds or alternative tickets, when the theatres re-open. On April 12, the Society of London Theatres reached an agreement with Equity that artists in long running shows or in rehearsal will retain their contracts – but for how long?

One London producer, David Pugh, plans to open a new touring production at the Theatre Royal Bath on October 1, which still sounds a long way ahead. The Edinburgh International Festival in August has been cancelled. Three thousand smaller companies who gather for the fringe festival will have to wait another year.

A recently opened new theatre in Southampton is scheduled to close and a venerable house in Southport is unlikely to survive. There will be many more casualties. With restrictions on travel and social distancing on beaches, the seaside theatres will have their summer seasons cut by two thirds – at best. For many British children, there were two family theatre events that were not to be missed – the pantomime at Christmas and the concert party on the pier. For middle-aged and perennially versatile artists, these two reliable seasons kept the bank manager contented. Now they will have to return to painting and decorating.

The actual date when the theatres can re-open is only one of many uncertainties. Will there still be a loyal public to fill them? How will the tourist industry be affected? British theatre is still generally considered to be a commercial undertaking. Who will invest in them? The two national theatres, the NT and the RSC, which are well subsidised, have pioneered the live streaming of performances. Will this become the normal way for school audiences to receive their Shakespeares? Will it join other educational services online? Will this become, as some have argued, a more democratic form of theatre?

Many producers are learning how to live-stream past and present productions. Currently, nine London productions are available on line and the filming varies from very hi-tec opera to very lo-tec songs around the piano. Will improvised video-streaming from mobiles in make-shift garages replace the alternative theatres? Small (and not so small) theatres have turned to crowd-funding as a way of keeping their businesses afloat.

The loss or decline of our theatres would be a sad blow to the intellectual life in the UK, already under threat from many viruses other than Covid-19. But we are still optimists. There is a wide-spread love of theatre in Britain. It is – or used to be – an indispensable part of our education. Everyone wants to celebrate again, laugh again and sing together again. The pantomime horse is not dead. It never dies. As children, we always knew that. As adults, in the middle of a pandemic, we know that Shakespeare himself lived through the plague – and his company gloriously survived. May we do the same!

*John Causebrook is a London theatre manager and producer.

**John Elsom is a writer and theatre critic.