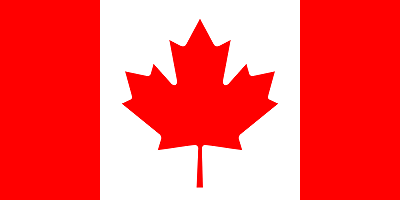 The effects of social distancing in the coronavirus pandemic hit Canadian theatres hard—slowly, it felt, at first, then all at once. In Toronto, runs were cut short mid-March, but April productions still seemed possible. By the next week, theatres had mostly cancelled the rest of the 2019/2020 season, which typically ends in April or early May. That was followed by a growing list of cancellations or postponements, including about three quarters of the Canadian premiere run of Hamilton by Lin-Manuel Miranda.

Summer seasons are the latest casualties: Fringe festivals, Prince Edward Island’s Charlottetown Festival (home of Anne of Green Gables), Vancouver’s Bard on the Beach, Toronto’s Luminato Festival. The two major summer theatre festivals in Canada both made major announcements: The Shaw Festival has cancelled public performances until June 30 and 62 artists have been rehired as “education and outreach specialists,” and the Stratford Festival was forced to cancel entirely, closing down 15 productions, delaying the grand opening of a brand new theatre, and putting an entire town’s tourism industry in peril.

The Canadian premiere of Harry Potter and the Cursed Child, featuring an almost all-Canadian cast, was originally scheduled to open this October—but that has now been pushed in 2021, the first ripple to officially land into next year.

But as swift as the cancellations came, Canadian artists were equally responsive. When a production of Belinda Cornish’s adaption of The Garneau Block was cancelled after its dress rehearsal in Edmonton, Alberta, playwright and actor Andrew Kushnir wrote an op-ed for the national Canadian newspaper, The Globe and Mail, with this concluding message: “Theatre artists are never really interrupted. We are community-inclined and prone to staying in motion. Like water, we’ll work our way through the cracks until we emerge from this very cracked time. With any luck, we’ll be among those facilitating the social and spiritual recovery this historic crisis will require.”

In that spirit, Canadian artists have pivoted from their usual practice, and their cancelled productions, to respond to the crisis in alternative ways. Canadian playwright Nick Green was one of the first to respond with The Social Distancing Festival, a digital platform originally designed to share excerpts or remnants from cancelled productions from around the world. The swift response Green received, garnering media attention from London, New York as well as in Canada, spurred Green to add additional elements to the website: a calendar of streamed performances, a commissioning program that pairs artists to collaborate internationally, even an online version of any festival’s official meeting place—the beer tent.

Other Canadian companies have found more analog avenues for performance. Several Toronto immersive theatre companies have turned to phone calls as an alternative venue, each with a unique style: one, Dopolavoro Teatrale, created a lineup of performances that each add to a greater whole, which the audience can attend one, several, or all of. Another, Convergence Theatre, another has audiences sign up for one evening and calls every half hour with a different 10-minute performance. Another created a custom narrative for each audience member which was told over a 10-minute phone call at the same time, six days in a row. The latter, The Ministry of Mundane Mysteries by Outside the March, was reviewed in Canada by NOW Magazine as well as by the New York Times (further breaking down typical geographic barriers).

There has been technological innovation as well; the Canadian company SpiderWebShow recently launched a revamped digital project CdnStudio, which uses green screens, webcams and high-speed internet to recreate the traditional rehearsal room even when the collaborators are physically distant (whether blocks or oceans away).

But the primary concern in Canada remains preserving the livelihoods of Canadian artists who are suffering from major income losses (many of whom also relied on our restaurant industry to fill in the gaps). Major initiatives from arts producers, like the CBC Creative Relief Fund (provided by our public broadcaster) which contains $2 million to use towards development and production of new artistic or documentary projects, or the partnership between Facebook and Ottawa’s National Arts Centre, #CanadaPerforms, which contains $1,000 grants for 1-hour performances which are streamed live on Facebook. So far, there have been two rounds of $100,000 in funding each. Another important training centre in Canada, the National Theatre School in Montreal, is offering $60,000 in grants to students and emerging artists.

Meanwhile, the Canadian government’s relief payments under the Canadian Emergency Response Benefit (CERB) will give $2,000 to every Canadian who has lost work due to COVID-19—and because of advocacy on behalf of artists and other freelance professionals, that now includes self-employed Canadians who earn up to $1,000 a month.

As is the case in most countries, there are good news days followed by bad. And fears about the financial survival of Canadian theatre companies and artists is tempered by the promise of a great celebration when (if?) the form we love can return.