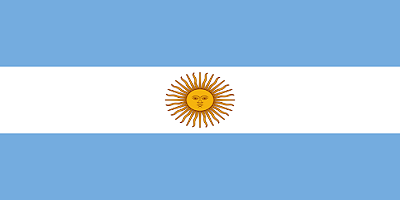 Most theatres in Argentina, both big and small, are offering a variety of online programmes, including not only their past shows, but also their new activities.

Moreover, the greatest theatres, such as Colón Theatre and Nacional Cervantes Theatre, are keeping their workshops working fully. The employees at the Colón have stopped making sophisticated theatre costumes and committed themselves to producing face masks for health workers. According to the theatre’s scenographical director, it was the workers themselves who suggested the initiative. He also added that Colón Theatre has its own tradition, which is, “never abandon the theatre, even in the toughest situations,” The same commitment can be seen at Nacional Cervantes Theatre, where artistic labour and social volunteering are combined in current activity.

In terms of theatre productions online, the work on offer is not only previous shows drawn from the archives. A wide range of completely new projects are available. For example, the director Cristian Drut is offering performances streamed via WhatsApp and online seminars.

Drut’s focus is on how theatre responds to “the issues caused by this quarantine time, with the disappearance of present bodies . . . in times of delays and postponements.” These are, of course, times in which the critics are also involved. Nevertheless, we, the critics, will be able to “attend” three streaming premieres soon. They will take place in virtual theatre rooms with a duration of about five minutes each to be shown within the framework of a “Microtheatre” cycle.

The question remains, however, how can theatre and arts people survive? How can they make a living when “artistic services” had declined by 68.7 percent by March 12 (according to the Development Ministry)? The journalist, and official at the National Theatre Institute, Carlos Pacheco, expresses his opinion in this respect:

According to a recent survey carried out by the Asociación de Profesionales de la Dirección Escénica(Professional Association of Stage Direction) the crisis triggered by Covid-19 in Argentina has affected about 5,000 performers and 700 plays. A number of artists are currently in a true state of helplessness, all the arts circuits have come to a standstill, including official, commercial and, above all, alternative ones. This has had a great impact within Buenos Aires, but also throughout the country.

The National Theatre Institute, which reports to the National Ministry of Culture, organized a support plan for independent theatres and theatre groups, but it does not cover the whole Argentinian theatre community. The different associations that represent performing artists are working to get government aid comparable to that which has been provided to independent workers in other areas. Hundreds of shows that had been rehearsed, and were about to premiere, were not staged.

Unfortunately, at the moment, spectators can only meet their performers through the internet. This has led to several discussions questioning if it is right for the performing arts to be exposed through a screen, even though, for now, it is the only possibility of reunion between the artists and their audience.

*Halima Tahan Ferreyra (PhD) is a writer, critic and editor. At present, she is the director of Ediciones Artes del Sur and a member of the Instituto de Artes del Espectáculo, Facultad  Filosofía/ Universidad de Buenos Aires.