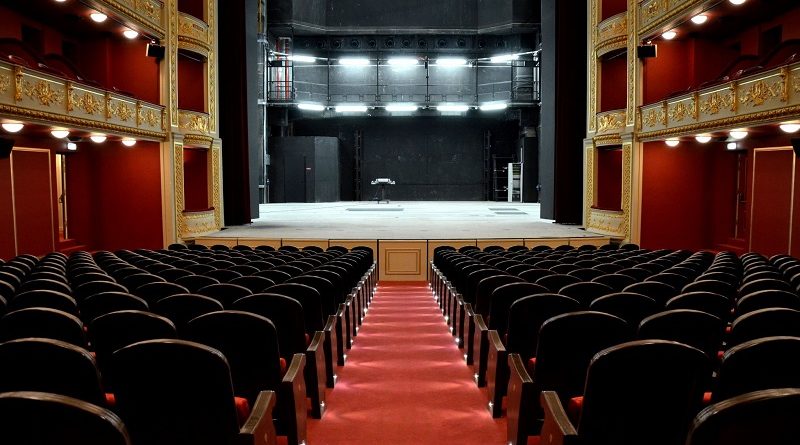 Pandemic: from the greek words “παν=all” and “δήμος=people.” A disease that has spread across a large region, multiple continents or worldwide, affecting a substantial number of people.

People talk of “War.” Definitely not a Third World War but, as it turns out to be, a huge War nevertheless. This is especially true for millennials, for whom this is a second blow within a short period of time. No sooner had their world begun to emerge from the global financial crisis of 2008, than they were faced with the rapid spread of COVID-19. Within a few weeks we became familiar with such words and phrases as “lockdown,” “social isolation,” “Wuhan,” “iatrogenic,” “self-quarantine,” “social distancing,” “distance learning,” “online theatre,” and “stay safe.”

Within weeks we discovered that the health care systems of many of the more affluent countries are poorly equipped to shoulder the pressure of a major pandemic and that health care in poorer countries is in a terrifying shambles.

Throughout history, there have been a number of pandemics that overwhelmed countries’ readiness to confront them. These include: smallpox (which devastated the native populations of Australia and New Zealand), tuberculosis, influenza (so-called “Spanish flu,” which, infected 500 million people and killed 75 million), pandemic cholera, HIV/AIDS and pandemic swine flu (2009). The Black Death (or Plague) was, of course, the most devastating of all, killing an estimated 75 to 200 million people in the fourteenth century.

One of the earliest recorded pandemics (typhoid fever) occurred during the Peloponnesian War. It killed a quarter of the Athenian troops, and a quarter of the population over four years (430 to 426 B.C.). The plague of Justinian (541 to 750 A.D.) was the first recorded outbreak of the bubonic plague. It started in Egypt and reached Constantinople the following spring, killing (according to the Byzantine chronicler Procopius) 10,000 people a day at its height, and perhaps 40 percent of the city’s inhabitants.

However, this is the first time ever that planet Earth has experienced such a widespread infectious disease. Close to 180 countries report COVID-19 infection. Models used to calculate death rates are not 100 percent accurate, and it is feared that many national death rates are higher than those being recorded.

The above lines were written few days before this issue of Critical Stages (#21) went public (late June 2020). At this point, we still do not know how the situation will develop. The economic cost is tremendous and the strategy of physical distancing, which at the beginning bore fruits, may not be as effective as was hoped should there be a resurgence of the disease.

In the midst of this undefined world situation, theatre, the “art of presence,” indefinitely closed across the world, is trying to develop its survival kit by checking out online “diagnostic tests,” such as: streaming prerecorded stage productions or live streaming new ones created hastily and unfolding virtually; staging live discussions; inviting theatre artists to perform excerpts of shows that had been cancelled or housebound celebrities to read plays, poems or personal memoirs. Some have held online events with a real-time component that involves the audience (for example, permitting comments), enabling the audience to provide theatre artists with a range of inspiring themed stories to spark their creativity.

In these ways, theatre-makers everywhere have explored various ways to reach the public and sought to discover how far such virtual innovations can go and how far, and for how long, theatre fans will go along with them.

Ever since the pandemic broke out, there has been a concerted effort on the part of theatre artists to “keep making,” triggering on the way an argument whether a new theatre aesthetic (a new genre) is now coming to life, challenging the ontological “here-and-now” of theatre’s raison d’ etre or whether this is an aesthetic coming out of the need and urgency of the times (as happened with 9/11 and AIDS).

Being flooded by hundreds of similar online events one wonders whether there is a demand for all this outside the limited community of artists and possibly regular theatre followers. Is the general public ready to put aside its desire to assemble, to get together, to connect, and embrace instead these digital projects and efforts?

Can technology be proven to be “the extension of humanity and realization of the heart,” as Peter Boal, the artistic director of the Pacific Northwest Ballet in Seattle, claims? And if not, why should artists continue to struggle with online projects they can barely handle?

English critic Lyn Gardner reminds her readers that: “The closure of theatres in 1606 [because of the plague] eventually ushered in a new era, with the creation of the indoor playhouse. It is possible the COVID-19 virus may play a similar role in shaping the theatre of the future” (qtd in Jonathan Mandel 07 April 2020).

I think it is too early to provide a definite answer. Theatre history may have been littered with unforeseen crises and interruptions, yet this seems to be probably the worst of all. This crisis for theatre is, in the over-used term that has become synonymous with the pandemic: “unprecedented.”

Time will tell whether theatre can be everything and still be called “Theatre”; whether the absence of the live clap of “our good hands,” as Shakespeare writes in his Tempest, will affect Prospero’s release from his “bands:

Now my charms are all o’erthrown,
And what strength I have’s mine own,
Which is most faint:
[….]
But release me from my bands
With the help of your good hands:
Gentle breath of yours my sails
Must fill, or else my project fails,
Which was to please.
[….]
Let your indulgence set me free.

While we wait for time’s verdict, Critical Stages has invited members of the International Association of Theatre Critics (IATC) to share with us their brief, very early thoughts, and give us a taste of the impact of the pandemic upon the theatre community and of what official measures (if any) were taken in relation to theatre, in their respective countries.

Given the complexity of the issue and the need for further reflection and in-depth analysis, we will devote one of the “Special Topics” of the next issue #22 (Dec. 2020) to COVID-19 and theatre. That edition of the journal will carry longer and more researched essays which will reflect upon the state of criticism, theatre, festivals, and so on, in the aftermath of the pandemic.

For now, however, we hope that you will find the following briefings (all of which were written in the second half of April and first half of May 2020, and which appear in alphabetical order) to be useful and illuminating.

The only exception to this “album” of brief essays is “Theatre and Epidemics: An Age-Old Link,” written by Dr Maria Ristani; a most enlightening survey of how theatre dealt with similar crises in the past, starting with Oedipus disease story. The closing remarks of  Ristani’s essay can also be the closing remarks of this introduction: “To speak of theatre in times of plague is, perhaps, to speak of no theatre; it is also, however, to speak of dormant theatre, one that, pregnant with silence, awaits eruptive release (as all bottled-up activity always does) in new powers and possibilities.”

*Savas Patsalidis, Professor of theatre and performance history and theory at Aristotle University and at the Drama School of the National Theatre of Northern Greece. He is the author of fourteen books on theatre and performance criticism/theory and co-editor of another thirteen. His two-volume study, Theatre, Society, Nation (2010), was awarded first prize for best theatre study of the year. He is currently the president of the Hellenic Association of Theatre and Performing Arts Critics, member of the curators’ team of  Forest Festival  (National Theatre of Northern Greece) and the editor-in-chief of Critical Stages/Scènes critiques, the journal of the International Association of Theatre Critics.