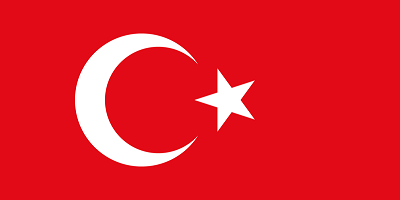 According to the Turkish Health Minister, 112,261 cases of Covid-19 and 2,900 deaths due to the virus were confirmed as of April 27. It was also announced that people without a permit were not allowed to enter and leave the country’s cities.

In mid-March, all shows were postponed indefinitely. All Theatre Awards ceremonies were also postponed.

Actors and actresses in Turkey celebrated World Theatre Day on March 27 by releasing videos on social media and by encouraging people to stay at home as the novel coronavirus continued spreading across the globe.

One of the main platforms for performing arts, called Tiyatrolar Kooperatifi (Theatre Cooperative), began meetings with the Ministry of Culture and the Mayor of Istanbul about the economic problems of private theatres under the coronavirus lockdown. However, there is no reduction in taxes due from the theatre sector and only a short-term postponement in tax schedules.

Academic institutions adapted to today’s harsh realities faster than the performings arts sector. However, the academic sector is also struggling as there has not been enough time to build a necessary infrastructure. While theoretical lessons are proceeding with some efficiency online, the question of how to proceed with practical lessons poses a big challenge, and academicians are trying to find a solution.

Some local theatres opened their archives to public access online. Readings of plays and stories by actors on social media are also very popular.

IATC Turkey section is currently hoping to organize an international webinar on the topic of “What is the new normal in Performing Arts and Criticism during corona times,” to be held in January 2021.

The Only Good News

With people staying indoors and the consequent decline in traffic, the air in Istanbul has become a lot easier to breathe. In a 10-day period in late-April, air pollution around Istanbul was down 30 percent compared with averages from January 2020.

We believe that this period will end, and we will be able to gather together again.

*Ragıp Ertuğrul is a playwright, writer, director and theatre critic. He is the President of the Turkish Association of Theatre (TEB)