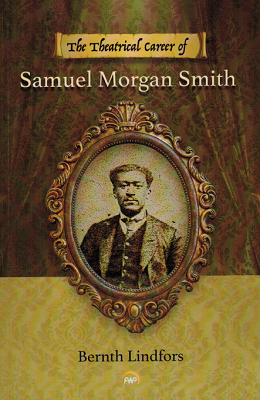 On August 7, 1867, one of the world’s greatest Shakespeareans breathed his last. While on a tour to Poland, Ira Aldridge became ill after a rehearsal of Othello with a local company in Lodz. As was his custom when he toured throughout Europe and Russia, Aldridge would speak the lines for his character (Othello, Lear, Macbeth, Shylock, et alii) in English while the local company of actors would answer in their own native tongue.

The much honored Aldridge, who was at the height of his fame at the time of his death, had recently announced that he would finally be returning to America, the country of his birth (although he was often erroneously advertised as a native of Senegal descended from African royalty) to take his place on the same stages that had so peremptorily denied him opportunity in the years prior to the Civil War.

The news of Aldridge’s death was trumpeted throughout Europe and the United Kingdom. His son, Ira Daniel, read the news while living in Australia. The hearse that carried this great thespian to his final resting place in the Evangelical Cemetery of Lodz was followed by the mayor and the city council, a military band and various guilds of workers all with their banners and flags. To this day, his gravesite is tended by the Society of Polish Artists of Film and Theatre.

A little less than a year before Aldridge’s death, another African American actor with aspirations for the stage arrived in London. He received little notice and was generally panned by the London critics of his day. For Samuel Morgan Smith, the legacy of achievement and ongoing acclaim for Ira Aldridge was both a blessing and a curse. The good news was that Smith did not have to kick down the doors of the theatrical establishment for bookings and engagements the way the 17-year old Aldridge had to do when he arrived in England in 1824. In fact, with the death of Aldridge came an opening in a particular “niche market,” if you will, for a black actor to carry on the traditions and plays that were so popularly received when Aldridge played them in repertory throughout the British Isles and abroad.

The bad news was that for all of his career, Smith would be compared to a very high benchmark in theatre history. Newspaper reporters and theatre critics would often mention Aldridge when reviewing Smith, noting that the first was a much greater talent than the second.

Bernth Lindfors is a distinguished scholar and professor emeritus of English and African Literatures at the University of Texas, Austin, who has previously provided us with a seminal four-volume biography on Ira Aldridge (University of Rochester Press, 2011). Now, he has turned his attention to the life and times of Samuel Morgan Smith, whose commitment to the theatre was no less than his predecessor and whose fascinating story is well worth chronicling in some detail.

Born June 20, 1832, in the city of Philadelphia, Smith’s early training was as a “hair dresser” or barber. By 1854, he was registered as a business and cutting hair at a shop close to the city’s theatre district. In that era, the trade of barber carried with it a sociological study all of its own, because an African American in the trade would have to consciously decide from the get-go whether his shop was open to black or white clientele. Morgan chose to open a shop that catered to only a white clientele, because white patrons would not frequent a barber shop that also served black people—and they paid a higher price for a shave and a haircut. It was in the “city of brotherly love” that he also became a habitué of the local theatre scene, with the Chestnut Theater being only one block from Smith’s shop and the famed Walnut Street Theater a few blocks down from there.

Smith would have had an opportunity to see many of the English-speaking world’s most well-known actors, who passed through the city during this period, including James E. Murdock, Edwin Booth, Barry Sullivan, James W. Wallack, Edwin Forrest, John Wilkes Booth and Charles Kean. Active in various civic organizations, he began to be known as a public speaker and also studied “elocution, action and stage business” with the Scottish actor, James B. Roberts. During this period, Smith would often inject sonnets and soliloquies from Shakespeare into his lectures, when he was asked to speak at public events.

Often speaking on the salient political issues of the times, on January 30, 1860, he convened a meeting of “colored citizens” at the Philadelphia Institute and urged them to sign a petition to the Governor of Virginia concerning the fate of two black prisoners, who had been condemned to death for participating in John Brown’s raid on Harper’s Ferry a month earlier.

Like Ira Aldridge before him, Smith soon learned that his possibilities of working on the legitimate stage (rather than the minstrel shows common during that time) were severely limited in America. In the city of Boston, he was even denied a pass to visit backstage in order to observe how stage machinery worked. So, by 1866, he summoned his courage and booked passage for London after obtaining a travel passport in Boston.

He seems to have arrived on English soil fully prepared for the challenges that lay ahead. Smith had already committed to memory all of the great Shakespearean roles that Aldridge had been known for, including Othello, Shylock, Lear, Macbeth and Richard III. But, unlike Aldridge, he also added in Hamlet just for good measure! In addition, he gradually worked the famous melodramas into his repertoire that Ira Aldridge played with such passion, including Oroonoko (based on the novel by Aphra Behn), Sheridan’s Pizarro, The Black Doctor, The Slave, The Revenge, The Chevalier de St. George and others.

The London critics were as tough on Morgan as they were initially on Aldridge, so, like his predecessor, he lit out for the provinces and, for sixteen years, was able to create his own work and perform throughout the British Isles, including Ireland and Scotland, where he was especially popular. Eventually, by adding in the melodramas and various popular farces of the day, he was (incredibly) able to build a repertoire of over forty plays.

Linfors has filled this remarkable biography with press clips and critics’ comments that lend much local color to the actual performances given by John Morgan Smith. In Lloyd’s Weekly Newspaper, one London critic gave a generally thumb’s up approval to one of Smith’s early portrayals of Othello in September of 1866, but cautioned theatre goers to be wary of the premise upon which it was based:

Surely a black or a dark Othello is running realism mad. It reaches a point when acting ceases to be. . . . The end and aim of an actor is to appear to be somebody he is not. . . . And so we think natural duskiness no kind of advantage to a theatrical Othello; and if, moreover, he should happen to be a great general in a foreign service there would be all the less acting in the case. The stage is built for assumptions—not for realities.

Today, Shakespeare’s relationship with black actors remains an interesting area of study and a barometer of sorts as to how our theatre has evolved with regard to providing opportunities for racialized minorities in general when it comes to casting classical roles.

Canada’s own Stratford Festival (formerly called the Stratford Shakespeare Festival) was slow to reflect the country’s multi-racial reality by remaining a virtually all-white repertory company well into the 1980s. John Neville was the first artistic director to cast a black actor (Howard Rollins) in the role of Othello in 1987. In 2019, the Public Theatre in New York upped the ante a bit by mounting director Kenny Leon’s all black production (read 23 actors) of Much Ado About Nothing at the Delacorte Theater in Central Park.

As an interpreter of Shakespeare, Morgan Smith cannot be ranked with Ira Aldridge. . . . He lacked that spark of greatness that is reserved for the privileged few whom the gods love. . . . He received no awards from crowned heads. Yet he was a superior performer, a talented and painstaking actor of intelligence, a careful elocutionist devoid of rant and exaggeration whose personal and artistic life was governed by a sense of taste, good judgement, and proper deportment.

For the record, Morgan Smith died of pneumonia at his home in Sheffield, England, on March 22, 1882, at the age of forty-nine. 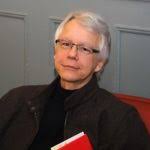 *Robin Breon is an arts journalist based in Toronto and author of the blog Aisle Say.ca. He has written widely on topics related to theatre and multi-culturalism. 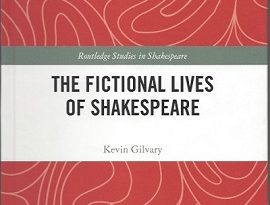 The Fictional Lives of Shakespeare 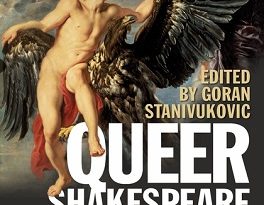 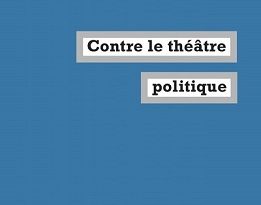 One thought on “The Theatrical Career of Samuel Morgan Smith”