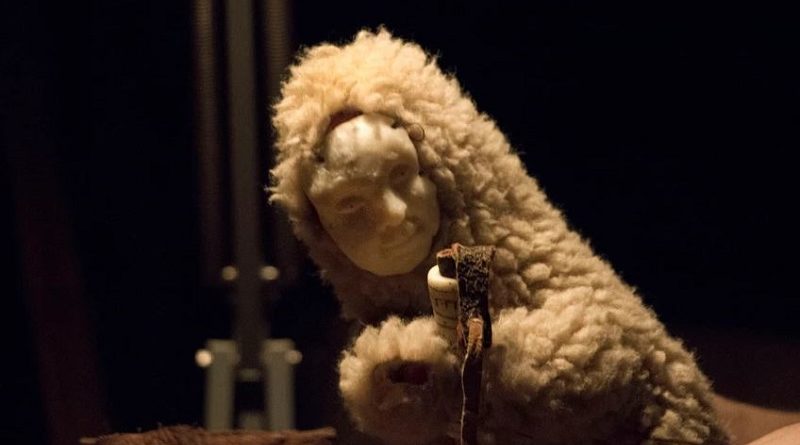 As was excellently attested in the Special Topic of the previous (19th) edition of Critical Stages, the art of puppetry is ancient, diverse and global. However, its influence is also uneven between different nations and regions of the world. For example, in Scotland, where I live and work as a theatre critic, the puppet tradition is comparatively weak.[1] It is frustrating for any theatre lover (and a theatre critic should be, first and foremost, a theatre lover) to live in a culture in which puppet traditions are not strong. Puppets, like the animated characters of cinema and television that followed them, have extraordinary physical possibilities that are far beyond the capacities of human beings. That gives them great potential in terms of enthralling children, of course. However, the puppet as representation of the human form, which is animated or inert as the puppeteer chooses, has a profound and seminal bearing upon our individual and collective consciousness of human mortality. In that sense, the puppet has always borne a powerful role in theatre for adults, as well as for children.

If one has a passionate interest in and, indeed, a deep respect for puppetry, yet lives and works in a culture in which it is marginal, the opportunity to experience puppet theatre in and from countries where it enjoys greater influence is a privilege that should be accepted gratefully. In my case, in 2019, I was given not one, but two opportunities to visit puppet theatre festivals. In July, I attended the exceptional international programme of FIAMS (Festival International des Arts de la Marionnette à Saguenay), which is held biennially in the small city of Saguenay in Québec, Canada. Following that, in November, I had the pleasure of being a guest of the Czech Republic’s Arts and Theatre Institute and the country’s Ministry of Culture at the HI PerformanCZ showcases of Czech theatre (which was comprised mainly of work being staged at the One Flew Over the Puppeteer’s Nest Festival in Prague).

Arguably the finest production at FIAMS was Le Cirque Orphelin, by the Québécois company Les Sages Fous. Presenting, in puppet form, a circus for vagabond artists, it might be inspired by some of the anarchic troupes (such as Archaos from France) that have arisen within nouveau cirque in recent decades. Appropriately, it was presented as a late night performance in the Espace Côté-Cour, a bar-cum-theatre where audience members can enjoy wines and local craft beers while watching the show.

The piece boasts a set which looks like an old Vaudevillian music hall that has been plunged into post-industrial dilapidation. In this bleak-yet-alluring space, we are witnesses to a darkly humorous, alluringly strange and, sometimes, quite disconcerting series of circus routines. The acrobatic Equilibrist, for example, performs his remarkable feats by means of only a head and two arms (he has no torso). Other characters include a shocked-haired speed freak (pictured above) who zooms around the circus in a wheelchair, and a lovelorn and obsessive performer whose dream is to swim in the aquarium with his beloved mermaid. Le Cirque Orphelin enjoys atmospheric music and sound, excellent lighting and charmingly distinctive puppets. It is a highly original and marvellously executed work of puppet theatre.

Elsewhere on the FIAMS programme, the extraordinary performer Guylaine Rivard (of Québec’s Théâtre CRI) presented Aisselles et Bretelles (Armpits and Braces). A unique, absurdist, plethoric work, it entails Rivard unfolding all manner of objects and images, ranging from the historic to the folkloric and the satirical, from within her intricately arranged costume. Rivard appears somewhat like a one-woman representation of the cartoon and film career of Terry Gilliam, balanced, as she seems to be, between comic genius and delicious insanity.

Other highlights at FIAMS included Dissection, a bleakly poetic, beautifully meditative piece by Québec company Chantiers, and Cache-Cache Marionettes, a delightfully crazy family work, using puppets made from sticks, and performed in promenade through a forest by Théâtre Puzzle of Montreal and Saguenay’s own Théâtre La Rubrique. One of the most intriguing pieces in Saguenay was My Great Work by Catalan theatremaker David Espinosa. In this show, Espinosa creates an entire, adult-orientated human world peopled by miniature figures so small that audience members are given little sets of binoculars in order to follow the many banal, dramatic and comic events that are depicted. A work of tiny, almost impossibly complex table top theatre, it is, it seems, part of a developing trend towards miniaturism within the world of puppetry.

In Prague, the international guests of the HI PerformanCZ showcase were immersed in contemporary work that stands in the Czech Republic’s impressive tradition of puppet theatre.[2] Interestingly, one of the most notable pieces, The Smallest of the Sami, by the young artists of the Czechoslovakian Sticks company, is similar in its miniaturism to the Espinosa piece that was shown at FIAMS. Performed in a small studio space in Prague’s fine children’s theatre Divadlo Minor, it uses very small, carved figures (human and animal) to tell the folktale of a young Sami boy, in the frozen far north of Europe, and his intrepid rite of passage into adulthood.

The festival in Prague gave an impressive overview of the sheer diversity of puppet theatre in the Czech Republic. The Lisen Theatre’s Bound by Grass is an atmospheric piece in which shadow and sound are used to evoke the spiritual dimension in the Zen Buddhist folktale of a wise monk and his dangerous encounter with an emperor, a general and an elephant. There could hardly be a greater contrast with that piece than with works such as Puppet Theatre Ostrava’s colourful, energetic and musical production, based upon Smetana’s famous opera The Bartered Bride or Theatre Lampon’s charmingly traditional rendering of Oscar Wilde’s great children’s story The Happy Prince.

It is invidious to try to pick favourites from among the panoply of delightful, highly accomplished works that were staged at the Prague festival. However, Zuna (pictured above), created by (its director and principal performer) Natália Vaňová and Kateřina Šobáňová for the acclaimed company Continuo Theatre deserves a special mention. The show is a wonderfully engaging piece in which the girl of the title overturns a Faustian pact in order to be reunited with her mother. Simultaneously traditional and modern (the village gossips are a gaggle of nosey men), it is an aesthetically beautiful reworking of folklore and a powerful testament to the involvement of young artists in Czech puppetry.

[1]The country boasts some excellent children’s theatremakers (such as Shona Reppe and Andy Manley), who often work in puppet and object theatre, and Scotland’s capital city, Edinburgh, is home to the excellent, annual Manipulate festival, (which takes for itself the broad remit of “visual and physical theatre, puppetry and animated films”). The fact remains, however, that puppetry occupies a marginal position in the Scottish theatre landscape.

[2]A tradition that is represented well in the excellent puppet museums in Chrudim and Pilsen. 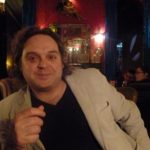 *Mark Brown is theatre critic of the Scottish national newspapers The Herald on Sunday and the Sunday National, and Scottish critic of the U.K. national title the Daily Telegraph. He is a regular teacher at the Royal Conservatoire of Scotland and other universities, and the author of the book Modernism and Scottish Theatre since 1969: A Revolution on Stage. 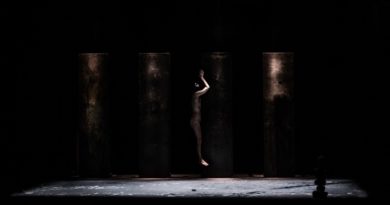 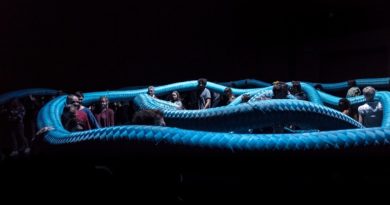