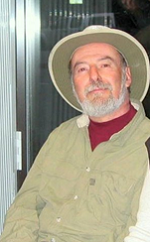 American comedian and writer Mel Brooks was once asked what he thought of critics. “They’re very noisy at night,” he replied at once: “You can’t sleep in the country because of them.” When the interviewer tried to explain that he was asking about critics, not crickets, Brooks went on: “Oh, critics! What good are they? They can’t make music with their hind legs.”

Noises on and off stage are among the many professional hazards that beset critics. William Archer declared more than a century ago that the first qualification of a dramatic critic is to be able to sleep while sitting bolt upright.

US critic Kelcey Allen, who was reviewing Broadway for the New York fashion newspaper Women’s Wear Daily in the twenties and thirties, often fell asleep in the theatre. One night fellow critic Walter Kerr heard him snore and remarked to his companion: “I see Kelcey is writing his review early.”

One of the most famous confrontations in living memory between a critic and an artist was that between the English playwright David Storey, who had also been a professional rugby player, and Michael Billington, long-time drama critic of The Guardian in London. Smarting under a review that began with the opening sentence, “It stinks”, Storey went up to Billington at the Royal Court bar and knocking off his glasses, called him an ‘i-di-ot!” while emphasizing each syllable of the word with a poke. He only stopped when another well-known critic, Irving Wardle of The Times, pressed Storey against the wall while begging, “Don’t hit me!” 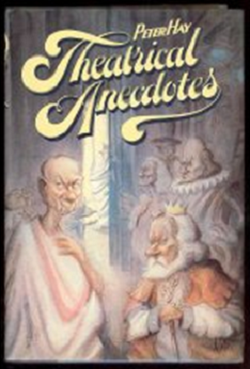 Producer David Merrick, who dominated Broadway in the post-war period, once said about the two most powerful critics of the time: “I had a wonderful dream last night that Walter Kerr dropped dead on his way to Howard Taubman’s funeral.” This was during previews for a soon-forgotten play, Subways Are for Sleeping; when reality set in and all the major New York papers had panned the show, Merrick perpetrated what he called “a delicious gag.” He searched through all the New York City telephone directories and found seven people with the same names as the critics. He paid them to give him glowing quotes about the show they had not seen and published these in full page ads under their names. Walter Kerr’s Herald Tribune was first to discover the prank and to kill the ad. By that time the stunt was the talk of the town. 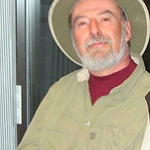 [1] Peter Hay, born in Budapest and educated in England, worked as a dramaturg and theatre critic in Canada and the United States. His books include four volumes of show business anecdotes (published by Oxford University Press) from which the stories included in this issue are adapted.