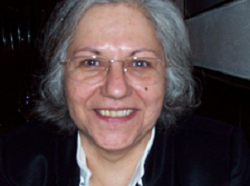 1. Through the mass media

As a teenager living very far from São Paulo in the Sixties, I first became aware of Augusto Boal and his work at the Arena Theater through the news on the radio and television, and in the magazines and newspapers. That means I knew him in a very indirect way because, as we all know, the cultural industry tears all cultural processes into many pieces and uses only those it can manage for its own purposes. From the work of Boal and his colleagues, the first branch of the culture industry to buy raw material was the music industry. This is the reason why my friends and I became interested in singers like Elis Regina and Maria Bethania and their hit songs, such as Carcará[2] and Upa neguinho.[3] And of course neither radio, nor television shows, nor magazines even mentioned that songs like those came from theater shows. But at least the names of the composers were sometimes announced and so we could say we had already been listening to Gianfrancesco Guarnieri, Edu Lobo and other members of this great generation of Brazilian culture since 1965.

It was only around 1968 that I became aware that Upa neguinho came from the play Arena conta Zumbi, written by Augusto Boal and Gianfrancesco Guarnieri and Carcará was part of the play Show Opinião,[4] which Augusto Boal had co-produced. At that time I had already got involved with politics and theater. That means I had already understood how and why a civil-military dictatorship was ruling the country and our lives since 1964 and I had known by experience the unbelievably violent ways in which the armed forces and censorship acted. I also understood the above mentioned cultural productions as expressions of a kind of political resistance movement. From this year on, Boal became a central reference in my cultural life.

At the school where I studied it was still possible in 1968 to take part in student theater shows and, more relevantly, to hear about what was going on in São Paulo. Some of our senior colleagues, who were already university students, used to come at weekends and tell us all about the shows they had seen. And they told us everything about the acting, the costumes, the songs, the singing. Although at the time I still didn’t know anything about Brecht and epic theater, now I can say that at those moments I was already having an epic experience of the first epic experiments of Brazilian theater. And this is the way the plays of Arena and Oficina theaters entered my life. It goes without saying that we tried to emulate everything we heard about in our own shows.

My school had a theater at which we could rehearse and produce many kinds of plays and sometimes student festivals. There I watched Liberdade, Liberdade,[5] an important play from the resistance movement. My first experience with the censorship also happened there. The police forbade one of our festivals and in doing so prevented me from watching a play by one of the most cherished Brazilian playwrights, Nelson Rodrigues, who, by the way, also being a journalist, used to write on a weekly basis the most awful articles endorsing the dictatorship; the same dictatorship which arrested Augusto Boal and sent him into exile. But at that time this last piece of information came from my friends living in São Paulo, not from newspapers working under the censorship.

3. Through books and research

My family moved to São Paulo in 1974 and three years later the history of the Arena Theater became my research subject at the University of São Paulo. The first thing written by Augusto Boal that I read was a narrative about his imprisonment, torture (so-called ‘interrogation’) and exile, which circulated among students in a clandestine way; as I was personally involved in the fight against the dictatorship, the copy which I read was also read, secretly, by many others. The second book of Boal’s which I encountered was a volume which anyone could buy in bookstores, namely the well-known Teatro do oprimido.[6]

At that time I had also read The Epic Theatre, written by Anatol Rosenfeld.[7] It is probably the first work written in Brazil about epic theatre and the work of Brecht. This author somehow shaped my relationship to Boal’s work. But from this moment on, my research into Brazilian political theatre became essentially focused upon Boal, as an artist as well as a thinker. And that is the reason why when I first met him I felt like I was meeting an old comrade. Incidentally, I have had the chance to talk directly to him only three or four times since he came back from exile.

Boal’s arrest, followed by torture and exile, is only one example of what was happening in Brazil at that time. The assassination of Heleni Guariba, one of his greatest associates at the Arena theater project, should be mentioned as extreme evidence of the hatred the agents of the dictatorship had for every form of cultural militancy.

In 1977, as I have said above, I became part of a research group at the Philosophy School at the University of São Paulo. The research subject dealt with all the arts developed in Brazil in the Sixties and their confrontations with those in political power. My subjective reasons for carrying out this work were as already stated; I wanted to take part in a kind of intellectual operation rescuing memories of experiences I had had only indirectly some years before. Only then could I read the plays themselves and other materials Augusto Boal wrote through those years, like Revolução na América do Sul, Arena conta Zumbi and Arena conta Tiradentes,[8] to mention only a few well-known ones. I think it was at that time that I completed my image of Augusto Boal, confirming my admiration of him, though that did not prevent me from developing a critical relationship to his work.

Among loyal comrades criticism and admiration are not mutually exclusive. My criticisms of Boal’s work are confined to the realm of theory, which I obviously will only mention now. To give a hint, I think he didn’t achieve in theory the same level he attained in his practice as a playwright, a director and a politician. Nevertheless, we think the same way about democratization of cultural and theatrical production and he was the first one to explain to me this goal. More than a comrade, he is one of my masters in this realm.

Boal’s work at the MST[9] is one of the many ways we have to attest that he is more alive than our foes can even imagine. And this may be unbelievable for those who are not aware of the logics of our social and political process.

In the year 2000, a regular Congress was held by this movement, which was founded around 1984. Fifteen years later, this congress evaluated the ongoing cultural program and concluded it was time to start political-theatrical activities and a commission was put in charge of the conversations with Augusto Boal at the Center of the Oppressed Theater in Rio de Janeiro. That means that some militant people of the MST already knew Boal’s historic fight and the work he was then carrying on.

Those who are interested in culture and politics should pay attention to this point: it was the movement which asked for help from Boal, and not the other way around. In these times of so many NGOs (and the Center of Oppressed Theater is one of them), people usually think that they can offer their services as if political movements were a sector of a cultural industry, like any other. Augusto Boal prepared a workshop right away and thus formed the first MST militants as forum theater technicians. Then the movement organized its theatrical brigades in order to reproduce that project and other techniques of the oppressed theater. I was invited to talk to those MST militants around – in 2004 because they wanted to study a little more about political theater and specifically about Brecht and Epic Theater. I think that only when I could watch how the movement appropriated Forum Theater did I really understand what it was.

The first thing to be mentioned is that the theater groups talk to other comrades inside the movement, which means that from the starting point they establish the necessary horizontal relationship. They select for the plays subjects which cannot be dealt with by other means and stem mainly from the realm of private life, such as the oppression of women and children. And once the story is told, the players ask the companion – remove audience to face the problem and try to solve it. Everybody takes part and laughs and thinks and talks critically about what is going on in their own lives and inside the movement. I can say that I understood the secret of forum theater when I watched it at the MST. That secret is: when the session happens among a few people who know each other, and of course, trust each other, and if the play goes to the point, everybody feels compelled to talk, which in this case means to play. And they do so without shame or other kinds of self-repression we see in other public spectacles, where people do not know each other.

I think the MST theater groups did not see Forum Theater as orthodoxy, but, rather, developed it according to their own needs. And I think they understood the very meaning of playing here: you can play seriously about any important issue and while playing you can criticize, on a humorous basis, your own way of life. Augusto Boal lived to see Forum Theater become a precious weapon to MST. That is why I say he is alive. 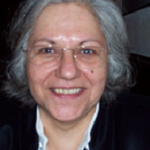 [1] Iná Camargo Costa, has a Phd in Philosophy (USP – University of São Paulo). She has taught Literary Theory and Comparative Literature at the Faculty of Philosophy, Letters and Human Sciences at the University of São Paulo (1989-2008). She is the author of several books on theatre, namely: A hora do teatro épico no Brasil (The Hour of Epic Theatre in Brazil), São Paulo: Graal, 1996; Sinta o drama (Feel the Drama), Petrópolis: Vozes, 1998; A luta dos grupos teatrais de São Paulo por políticas públicas para a cultura (The Struggle of Theatre Groups of São Paulo for Public Cultural Policies), São Paulo: Cooperativa Paulista de Teatro, 2008 (co-authored with Dorberto Carvalho).
[2] As the lyrics explain, carcará is a kind of eagle known in Brazilian Northeastern states.
[3] A rough translation would mean “come up, little black FREE boy.” The lyrics imply a boychild born free at the Palmares Quilombo seen as he is trying his first steps. One of the legendary leaders of that Quilombo was Zumbi, after whom the play Arena tells Zumbi was named.
[4] Opinion Show was a collage of three stories—of a woman middle-class singer and two popular composers—about the resistance to the dictatorship.
[5] Freedom, freedom was also a collage, but now including material about two thousand years of the struggle for freedom, like Socrates Apology, The Battle Hymn of the Republic and Pete Seeger’s song If I had a hammer, to give a few examples. It was produced by Opinion Group, named after the show above.
[6] Theater of the Oppressed.
[7] Like Bertolt Brecht, this true Brazilian master was a German emigrant who escaped from the clutches of the Nazis. But he came to Brazil probably uninformed about our country.
[8] South American Revolution, Arena tells about Zumbi and Arena tells about Tiradentes.
[9] Movimento dos Trabalhadores Sem-Terra, or Landless Workers’ Movement.