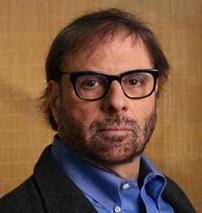 The first issue of Critical Stages, The International Association of Theatre Critics’ webjournal, appeared in the last quarter of last year. It’s rare that a new journal fills a void, as this one does, and it’s very welcome.

From the Publisher’s Opening Words, a sort of manifesto, the journal is substantive. Yun-Cheol Kim’s statement, not universally accepted, that “the most important function of theatre criticism is—and should remain—to generate interest in the theatre arts in society” is well taken. His four points of “interesting writing,” while debatable, address the issues squarely. He makes a particularly important point, also debated, that critics should connect our theatre experience to our daily lives.

The interviews, the reviews, the discussions of our iconic influences―these all reflect an erudite and articulate critical community. Indeed, Robert Greig’s review is close to a model of analysis. Naturally, the material paints a more sanguine portrait of world theatre than it deserves. As our publisher rightly notes, “The theatre is in a real crisis.”

The unique contribution of the issue lies in its first and final sections: “Theatrical Commentary and Professing Theatre Criticism” (it’s unclear why the sections are separate). It’s here that Critical Stagesaddresses its mission most directly, and we find discussions of criticism per se, material that contextualizes our work. It somehow validates us. We’re particularly pleased to read reports from the IATC seminar in Toronto, which designed a plan to record the history of public theatrical commentary.

Are our standards common among us, or are they individual?

“Personal experiences, of course, cannot be left out or ignored but they form a very delicate segment of criticism.”

Yet in the next article, Michael Handelzalts implies that our individuality is crucial:

“They are usually referred to in the plural―”the critics.” But they are individuals, each one with his or her unique skills, tastes, work ethics and moral and artistic compass.”

What is our relationship to the public? Do we share their standards? Do they listen to us?

Michael Handlezaltz and Matti Linnavuori suggest that our profession itself distances us from the audience:

Handelzalts: “In many instances the audience is seeing for the first time a play that the critic has already seen many times. The theatregoers do not necessarily seek, nor can they appreciate, a ‘new and daring reading of the play.’”

Linnavuori: “According to Norén, one Swedish critic is tired and disgusted because she must see so much theatre, and to get a reaction out of her the stage grammar needs to become more and more brutal. I share her experience, which is all the more reason to turn to Norén’s observations.”

Kim, in his examination of Korean criticism, glances at our effect on the public: “Korean theatre commentaries during the period of Japanese rule … were given huge space in the daily newspapers and contributed enormously to attracting readers and generating their interest in theatre. By comparison, the current day’s scientific and analytical commentaries have much less space and severely reduced stature—and thus, much less impact.”

It is a small step to the next question: what is our relationship with the theatre and its artists? What effect―if any―do we have?

In interviews with Yun-Taek Lee and Marta Carreiras, Bang-Ock Kim and Rita Martins, respectively, ask: “During your career, have you received a particularly insightful piece of criticism?” The answers received are not particularly helpful, and we’d like to see the question expanded.

More revealing is the passage in Rita Martins’ interview with playwright José Maria Vieira Mendes, in which the latter tells us:

“I have a difficult relationship with the critics because I often (if not always) feel that they speak a language that isn’t mine.” And he refers to criticism as a form of “reading” which is not compatible with my (our) way of “writing.”

In his historical review of Japanese criticism, Manabu Noda writes:

“Is it even possible to assume that the maturity of theatre commentaries helped kabuki develop from its initial revue-like shows into performance with full dramatic content?”

After a discussion, he concludes that “…the detailed records of kabuki performances initiated by Miki have contributed, at least partly, to turning kabuki from an amorphous art into a tradition of classical theatre.”

Here, at least, is one example of criticism having an effect on art.

The current question, of course, is what the future of criticism will be. It’s often discussed, imbedded in larger discussions of the seismic events in the publishing industry. Critical Stages is wise not to dwell on it in its premier issue. Naturally, Kim alludes to it in his foreword, and Ian Herbert’s comments (reporting on the IATC’s meeting in Toronto):

“Rumbling away under all our fascinating and varied discussion was the question which most exercises today’s critics, wherever they may be practicing and at whatever level: for how much longer will we be able to find the space to continue the tradition of comment and commentary that goes back so far?”

Critical Stages is very handsome, with beautiful and revealing photos complementing the text. However, the sectioning of the magazine is arbitrary, and, the web structure of the document―i.e., the formatting and linking―is confusing. There are better online periodical templates than this one, with its clumsy menu.

We are a community of writers, and as Critical Stages evolves, we’re eager to see its editorial policies further codified. The Special Issue (presumably meaning Special Section) was a set of interviews calledTheatre Legacy. What sections will be constant? What will future Special Sections be? It is perhaps our responsibility to suggest these, as it is to ensure diversity.

Reviews in this issue were chosen “that would be important for international critics and scholars to know about.” We’d like to see the criterion discussed in the text of the pieces.

And we want to participate! We’re delighted to see that we’ll be able to comment on the material and create genuine discussions.

We have no doubt that the magazine’s French content is as engaging as its English language material.

Our thanks to our Kim, to Maria Helena Serôdio, and to contributors. The world theatre community is looking forward to future issues of Critical Stages, as are we. 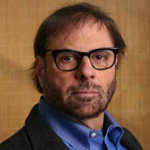 [1] Steve Capra sits on The International Committee of The American Theatre Critics Association. He has been a critic of New York and regional US theater for many years, writing for several national and regional arts magazines. He has always been a champion of the avant-garde. His book, Theater Voices, is a collection of interviews with leaders in the theater from the USA, the UK, and Russia. Mr. Capra has adapted literary material for the stage and radio. He was for ten years Chairman of The Gassner Memorial Playwrighting Award, an international script competition. He has also worked extensively as actor and director, often in the area of script development. He currently works in New York with The Living Theatre.

A Journal that Fills a Void