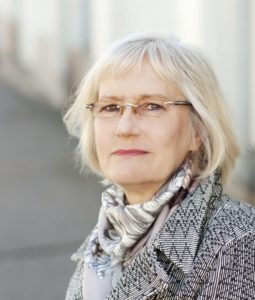 What sort of connotations may the term Arctic hysteria invoke in people? It seems to be familiar to many Finns, probably evoking associations with the word kaamos, the polar night—the period of darkness north of the Arctic Circle, when the sun does not rise over the horizon. In northernmost Finnish Lapland, kaamos, starting in late November, lasts more than seven weeks.

Presumably, long periods of gloom and coldness in winter are able to make people depressed and afflicted with pent-up emotions, which, then, erupt violently, sometimes resulting in irrational behaviour—even bouts of “hysteria.” In fact, there is a malady known as Artic hysteria, or piblokto, listed by the American Psychiatric Association in its Diagnostic and Statistical Manual of Mental Disorders: it was first diagnosed (as pibloktoq) among the Inuit people in Greenland by the American explorer, Robert E. Peary, late in the twentieth century. The Oxford Living Dictionaries defines it as follows: “A condition affecting the Inuit peoples in winter, characterized by an episode of wild excitement and irrational behaviour followed by a period of stupor or unconsciousness, sometimes with apparent seizures.”

However, later research has shown that the word does not really exist, as such, in the Inuit language, and, due to lack of substantial scientific evidence, the disorder might, after all, be a “phantom phenomenon.”

I was unaware of all this at the premiere of Arktinen hysteria in the National Theatre, in March. What I did know was that the title was given by Marko Tapio (1924–1973) to his novel of two volumes, published in 1967 and 1968. Tapio died of alcoholism, and only drafts and fragments for the final two volumes remain in the archives. The novel has not enjoyed great popularity—Tapio was not an author of  traditional, realistic prose, clear-cut characters, historical credibility, or linear narrative. His approach was ambitious, capricious, complicated and fragmentary—perhaps it could be characterised as pre-postmodern.

Tapio’s contemporary, Väinö Linna (1920–1992) wrote solid, realistic and popular fiction; his sociohistorical novel trilogy, Täällä Pohjantähden alla / Under the North Star (1959–1962), became an enormous steady-seller, and has also been adapted to stage, film and television. It presents the reader with a family story, with a view of the losers of the Civil War (1918), the “Reds,” and  with a portrait of a nation slowly taking form and recovering from the wars.

Arktinen hysteria now takes place on stage for the first time; the writer, dramaturge and former theatre critic Juha-Pekka Hotinen (https://www.critical-stages.org/10/give-advice-be-a-political-journalist-%e2%94%81-interview-with-finnish-dramaturge-juha-pekka-hotinen/) already became interested in the author and his works in the 1980s, and together with his co-writer, the director Atro Kahiluoto, he has explored the fragmentary manuscript material by Marko Tapio in the archives of the Finnish Literature Society in composing the play text.

The first scene shows a power station construction site in 1960. The protagonist, the foreman and engineer Harry Björkharry (Timo Tuominen), addresses the audience as the narrator of the events: the actual moment is critical, as there seems to be a leak in the dam holding back the lake water, and the workers are on strike because they have not been paid on time. He decides to make a phone call to his wealthy mother in Helsinki and to ask for the money to pay the workers, in attempt to prevent impending catastrophy. The twenty minutes he will have to wait for the call to be connected become a time frame in which the narrative starts oscillating between the present and the past, portraying the poor, rural life of Harry’s grandparents (Timo Torikka, Annika Poijärvi), events of the Civil War and the gradually urbanizing and industrializing society, in which Harry’s parents (Taisto Reimaluoto, Tarja Heinula) succeed in acquiring wealth and status.

In Marko Tapio’s universe, both the “Reds” and the “Whites” are equally irrational in what they do and, in their ignorance, people are only capable of worshipping alcohol: ”. . . a new and practical form of god, because it offers the gift of a great liberation: oblivion.”

Through Harry’s eyes, we witness turns in the lives of fathers and sons, villagers and workers, lovers and relatives, the love-hate drama of a family, manifestations of class war and acts of violence evoked by the circumstances of the Civil War.

“Only interlacing incidents and actions exist, and so do actions unperformed, and everything that has once happened is continuously present,” says Harry, repeating the observation in the course of the performance. The sins of the parents cast shadows into the present: revenge and hatred are not buried and forgotten by the following generations. Not ever?

The ensemble of eight actors move around fast, changing costumes in their more than twenty roles. A small revolving platform on the right keeps changing place, time and characters. Among the props are buckets and axes, knives and booze bottles, long wooden skis, a dead pike—an ironic selection of folksy paraphernalia. The actors are quick and precise, interpreting the wide scale of emotions of the characters, both comic and tragic, and the temporal oscillations of the action stays lively.

It remains unknown how Tapio would have ended his narrative. In this interpretation, the ensemble arrives on the stage with the author himself (Petri Liski), who joins his characters. Pages of the drafts are scattered on the stage, suggesting possible solutions. Will the workers get back to work or will Harry dare grab his father’s submachine gun, hidden in wartime? Will his beloved, Katja (Marja Salo), die accidentally? Will the dam burst and destroy the environment?

And what about the disorder then, the Arctic hysteria? The dramatists of this reconstruction of a literary narrative include, in the end, a reminder of piblokto by a verbal image in Harry’s words: “A drunken naked race on the frozen lake. . . . A murder is committed. . . . On the ice, the main character suddenly remembers the fish that have been left in the corf. He turns around. The novel ends with this image: one pike after another starts swimming in the cold water. . . .” 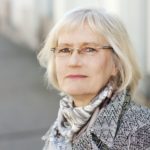 *Soila Lehtonen is a journalist and theatre critic, and the former Editor-in-Chief of the online literary journal Books from Finland (www.booksfromfinland.fi). She is a Honorary Vice-President of IATC-AICT.

The Sins of the Parents: Several Characters in Search of an Author

Tagged on: by Soila Lehtonen