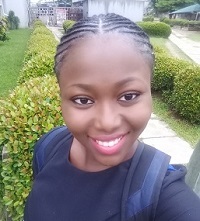 I recollect the taste of baba dudu and sisi pelebe. Sweets or candies, they always tasted heavenly. However, seeing them as I was ushered into the gate of Strelitzia, a burst of emotions raced through me as I remembered my childhood.

At the door, there was a call to remember the past, to take a retreat back to the memory lane that defines our existence and to let go of our prejudices at the door. A summon into Strelitzia, the idea that the past lies hidden and resolute in some part of the human memory, is an invitation to explore the depths of the reminiscence. In the black and white coated milieu, which is a symbolism of the mind, the patient—for that is what one should call the participants who enter this therapeutic abode—comes with a fraught mind about to undergo the surgery of unburdening. As the spectators move from one segment to the other, they are accosted with various aspects of humanity; from the emotional memory of movement to the life force.

In this piece that features a co-mingling of poetry, music and drama, after being ushered in by the Beckoning Voice (Torpedo Mascaw), the spectator is introduced to a Light Bearer (Mary Oluwo) who looks like a forest spirit, considering the winged-looking cape and bell she wields to summon either the spirit or soul of the characters in each segment. Her appearance and stature reminds one of the egbére (little spirit) in Yoruba belief. Unlike the egbére who carries a mat, she holds a bell. The little spirit or Light Bearer leads one into the five compartments that make up the entire process of exorcism of pain. In each enclave, there are symbols that remind one of the past; from old gramophones to big desk radios. There is a projection of images of world history, of J. F. Kennedy, old advertisements, old cartoons and old songs that reverberate through the memory. The images seem to remind one of socio-political issues and events of the modern period, especially in the twentieth century. Like the general mood of nostalgia in Gabriel Okara’s poem,[1] “Piano and Drums,” the audience can relate and the themes are relevant to both young and mature adults.

From the first enclosure, exorcism is at once realized where a man (Emmanuel Musa) undergoing the pain of sorrowful memory is not at peace with himself. At one corner, a sign reads, “emotional memory of movement,” and this helps the audience to understand what is about to happen. The Light Bearer knocks on the bed and this ignites the sudden outburst of a convulsion in the form of dance. At the “end” of his revelry, he merely prompts the light bearer to proceed: “Story bearer, you should get on your journey.” This reiterates the need for us to ruminate on our journey because, as the preceding character (the beckoning voice) says: “. . . we’ve forgotten to remember. . . .”

Next, we move to a compartment which features the Shadow Dancer (Lilian Yeri). This segment seemed to re-assert in the mind of the onlooker an examination of the inner self. There, the glaring question is: who are you when no one is watching? Technically, the screen which covered the dancer should be made more opaque, so that we would see just the silhouette and not the performer within. Quite poignant is the overall theme, which is fully in display at the third setting, where projected images of history, old advertisements and old songs are seen and heard. The character, the Life Force (Jennifer Ohia), sings a nursery rhyme to mark an end to her story, “Row, row, row your boat gently down the stream. Merrily, merrily, merrily, life is but a dream.” In this way, we are made to remember childhood and the naivety of childhood.

In the fourth and fifth parts, we encounter the Gate-keeper, who is a performer (Toniloba Akinola), and the Poet (Donna Ogunnaike). The essence of the poet according to Aristotle, an imitator and a creator, a medium between the unknown and known, is enforced. Finally, we meet the Poet who intimates to us tales, trajectories of humanity and the contradictions that define our existence. At this point, we stand, broken and ready to experience total catharsis. This is achieved through the expression of oneself through the written medium and the washing of hands, like Pontius Pilate at Jesus’ trial, to let go and be free. Donna Ogunnaike’s whole ensemble is at once captivating and liberating.

In conclusion, as one of the seven characters and the poet herself, Donna Ogunnaike stands as an epitome of all truths, an embodiment of all stories; she is a symbolic representation of all humanity, at once powerful and kind. There are, scattered around her, books, symbols and objects that symbolize history and the preservation of history. The paradox here is that one does not know if she wants the audience to remember and see the past as sacred, or if she wants them to live in a present devoid of the past. Nonetheless, the limited number of spectators admitted into the performance—about fifteen—fosters intimacy. For anyone who wants to experience freedom in its real sense, especially in this economic recession, Ogunnaike’s Strelitzia, and not a shrink, is recommended. 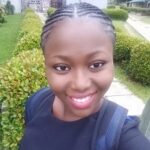 *Mosunmola Omowunmi Adeojo is a member of the Young Theatre Critics Circle of the Nigerian National Section of the International Association of Theatre Critics (IATC). She is a Graduate Assistant at the University of Lagos. Her critical works have been published in journals like The New Black Magazine, The Shuttle, and Motherland Blog. She has also written several short stories and poems which she publishes on her blog Passing Through. As a researcher and a critic, her interests include Victorian and African Literature, Postcolonial Theatre and Film.

Into the Intricacies of Memory: Journey into Strelitzia

Tagged on: by Mosunmola Omowunmi Adeojo