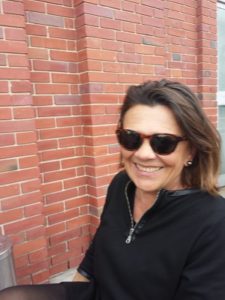 For a few seasons now, Italy has produced and staged shows with intense dramaturgical texts that are almost entirely written and recited in some southern Italian dialects, ancient but currently spoken by people. And their big success, even in prestigious venues that traditionally offer a classic program in the officially spoken Italian language, surprises me as a theatre critic and makes me think.

Three works hosted and/or produced in recent years by the most important Italian theatre company, and one highly recognized institution in Europe and all over the world, the Piccolo Teatro of Milan, are indicative not only of a consistent artistic trend, but also of an interesting social and cultural openness of the public.

These are: a diptych directed by Emma Dante, Sorelle Macaluso / Operetta burlesca in Sicilian; a narrative in poetic form written and played by Mimmo Borrelli and Roberto Saviano Sanghenapule, in Neapolitan; an emotional monologue by Saverio La Ruina, Masculu e Fiàmmina, in the Calabrian dialect.

I will start with the last, Male and Female, created and staged in December 2016. This was perhaps the most difficult of these shows, for the use of a dialect that is not only geographically limited to the regions of Calabria and Basilicata, but is also lacking historical links to a theatrical tradition, in contrast to the Neapolitan one.

A man confesses his homosexuality before the tomb of his mother, under the falling snow, exploring for the first time his sense of exclusion and loneliness. The presence of snow and tomb is important, because the actor and author, Saverio La Ruina, converses with them more than with himself, and his words are channeled through gestures that express simple actions, such as putting flowers on the funeral stone or which convey actual physical sensations, from cold to fear. The dialect, spoken clearly and slowly, becomes, therefore, a vehicle for understanding the rhythm, the sound and the vocal style, rather than for a possible transmission of words and ideas: it becomes the deep voice of sensations and feelings “under the skin.” Also, the audience born in Northern Italy, like me, understands almost everything, because the story is strong, piercing, and involves the viewer “from deep under.”

Next in chronological order comes Sanghenapule (Blood of Naples), re-staged in January 2017, after its debut in 2016, by the co-authors: actor Mimmo Borrelli and writer Roberto Saviano, the latter well known for his novels about the Camorra, the Neapolitan mafia. In the play, both are witnesses—the former with a spectacular way of performing, the other with the documented story of an ancient cult, that of Saint Gennaro, whose blood liquefies before the eyes of his believers during the lavish annual celebration of the Saint, also patron of Naples. Again, while Saviano’s narrative runs smoothly in Italian as an explanation of the contradictions of the historical and social reality of Naples, the strength of Borrelli’s gestures become primal word (verbum), visceral, understandable for its onomatopoeic sounds and colors evoked by visionary images rather than concepts.

Finally, I must mention the outraged and helpless world of the creatures of Emma Dante, author and director of her plays and recently directing operas, including a revolutionary Carmen, in 2015, conducted by Daniel Barenboim, which opened the season at La Scala in Milan to great controversy. Above all, that secret Sicilian world becomes evident in Le Sorelle Macaluso (The Macaluso Sisters), the story of seven sisters who, in a unique relationship with their fascinating father (the actor Carmine Maringola), relive episodes of violence, of deep and intimidating social exclusion, up until the death of one of them, Antonella, due to the tragic and, perhaps, subconsciously deliberate carelessness of the others.

The physicality of the characters is so declared, open and ostentatious that it rarely overshadows their dialogues in Palermo dialect, showing the urgency of communicating through the body. The strength of the plays of Emma Dante—from the first astonishing M’Palermu in 2001 to the shocking Carnezzeria till Le Pulle in 2009—is entrusted to the total live presence of the actors, which the director and author shapes on stage up to full possession.

If theatre using dialect to express itself aims at starting from deep roots, from the origin of evils reported through a non-official language, its potential is that of reaching out to the collective unconscious of the viewer, to solicit understanding, not through thinking and rationality, but the sensuality of sounds and irrational projections, beyond the boundaries of language, into pure emotion. 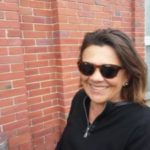 *Claudia Provvedini is a journalist and theatre critic. She has worked in the Culture and Entertainment section of the newspaper Corriere della Sera from 1990 to 2011 as an editor, and from 2003 as a critic, too, attending world shows and festivals. She also writes for www.rumorscena.com. She graduated in Classical Philology and Social Communications with a thesis on the tragic in Nietzsche and Artaud. On the board of the Italian Association of Theatre Critics (ANCT), she gives seminars at Venice and Bologna University, and at Piccolo Teatro Actors School of Milan.

How Southern Dialects Convey the Sense of Theatre in Italy

Tagged on: by Claudia Provvedini