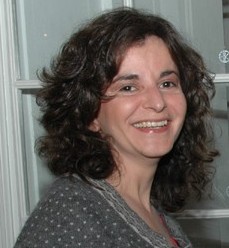 The Echo of a Noise is written, directed and performed by Pieter-Dirk Uys. It premiered at the National Festival of the Arts in Grahamstown, South Africa, in 2016. Fruit is written and directed by Paul Noko and performed by Matshediso Mokoteli. It debuted at the 2015 Zabalaza Community Theatre Festival, in Cape Town South, Africa, where it was deemed the best work of the festival. You Suck! (And other inescapable truths) is written and performed by Klara van Wyk. It is directed and designed by Francesco Nassimbeni. It premiered at the Alexander Bar in Cape Town, South Africa, in August 2015.

Can South African theatre reach the rest of the world and make global audiences turn their heads and hearts accordingly? We are a tiny community at the southern-most tip of an enormous continent, with a yearning to have cultural values that are espoused and celebrated in the West, but other constraints, such as geography and history, culture and politics, leave us removed from that context. It seems patent that it can, but the kind of theatre that reaches this ”turning” point is arguably not the colour-by-numbers big musicals marketed as showstoppers with an international presence.

Rather, the productions important for a global audience, deriving from a South African context are those that draw on the life blood and idiosyncrasies of what it takes to be South African. This article discusses three recent pieces of theatre that capture the nub of South African identity and would arguably sweep away a global audience with their sheer storytelling ethos.

The Echo of a Noise is a new work by veteran thespian Pieter-Dirk Uys, who cut his teeth as a political performer in South Africa’s violent 1980s, when apartheid was in its heyday. Uys positioned himself, with drag and irony, beautiful writing and bravery, as a political jester with the temerity to hold up a mirror to the country’s leadership.

South Africa’s politics matured and altered; democracy was earned in 1994, but still the political leadership remained a rich source for Uys’s scripts. The Echo of a Noise is not one of those pieces. Rather, it reveals a now seventy-one-year-old Uys looking into his own mirror. In it, he sees not only the bizarre anomalies which conjured up his ambiguous existence in a South Africa fraught with censorship, but he also sees his late parents and the Coloured woman who raised him and his sister,[1] with a candid but loving eye.

It is this element of his work which lends it its unequivocal edge and makes it not only compelling, delivered as it is, primarily in English and dotted with Afrikaans idiosyncrasies, but one which also has the ability to lead an audience, from whatever vantage point, into the narrative, through the universal handle of parental issues.

Uys’s mother was a German Jew who escaped the Holocaust. Uys only became aware of her Jewishness—and thus, his own[2]—after her suicide. She was a gifted pianist and an individual who skirted depression all her life.

Uys’s father, Hannes, on the other hand, was a tough, Afrikaans-speaking man, who nursed enormous popularity for those who were not his children, and adhered staunchly to church doctrine. He played the organ in church and instilled in his two children social discipline from which Pieter, certainly, rebelled in his heart until he had the courage to do so in his life.

Hannes adhered to the regimented perspectives of the South African milieu, with all its racism and homophobia intact. The portrait of the life and death of this man painted by his homosexual son is gutsy and direct, and Uys reflects upon him with a potent and adult sense of balance.

But it is Sannie, the family’s domestic help, in this family portrait, who remains the most potent cipher of social and political values in Uys’s tale. A real product of the racist restrictions imposed on South Africa from 1948, she was a beacon of wry humour and pragmatic sense, to whom Pieter was able to turn all through his formative years. Towards the end of Pieter’s father’s life—and her own—Sannie became a touchstone for Pieter.

Fruit is a debut play written by thirty-five-year-old Paul Noko, who was trained at the Market Theatre Laboratory in Johannesburg. It is a portrait of a South African community ravaged by poverty and crime, but is written and conceived with a strong sensibility toward levity. Performed by one actor on stage, Matshediso Mokoteli, the dynamics, texture, personality and nuances of the community’s characters are conveyed primarily through the work’s props: stones, of different shapes and sizes, a child’s plastic doll, disused cartons and throwaway containers and an avocado pear.

Flaying open an understanding of the give and take of community life through imaginary dialogue, the work is in Sesotho as well as English, but its narrative is woven with an astuteness that make it easy to follow without handicapping words and grammar. It is a fierce tale of betrayal and victory, support and horror, and is hauntingly cast around a character called Matlakala (which means ”rubbish”), who is renamed Mpho (which means ”gift”).

Also confronting the stubbornness and idiosyncrasies of grammar in a world of deeper meaning and armed with a rudimentary set is You Suck! (and other inescapable truths), written and performed by Klara van Wyk (26). With clowning skills acquired at the Ecole Phillipe Gaulier in Paris, van Wyk developed this travelling advocacy play which confronts the social phenomenon of bullying. The work grapples with cultural identity and the reality of not fitting in, in a high school environment, using the idea of an Afrikaans-speaking child in an English speaking context as a cipher to explain it.

You Suck!, boasting an autobiographical context, is not only about cultural difference and moral behaviour; it engages the phenomenon of cyber bullying, which reaches into the sinister underbelly of social media and comments on how contemporary youth use Twitter and Instagram as weapons.

But more than all of these issues, You Suck! is well constructed. The props are simple yet devastating in their symbolism, the set is easily constructed and dismantled, and yet, it conveys a universe; the narrative is straightforward yet unpredictable in its articulation of the horror a bullied child experiences. Further, Prettina, the character van Wyk has developed is as endearing and defensive as she is credible.

Whichever way it is reflected, South Africa is a culture in crisis—the society was irreparably hurt by apartheid. Bulleting its way through the transition into a democratic country in 1994, it is fraught with leadership issues. What was once believed to be a ”rainbow nation” is now a nation bruised by corruption and greed. Having said that, theatre in South Africa remains alive.

The energy is ripe for change, and creative practitioners have the wherewithal to be on the avant-garde, as they were between the world wars in Europe. Looking at the rich array of theatre in this country, it is patent that South Africa is a kind of Weimar Republic—not politically, but culturally and in terms of the perceived urgency to make new work and get one’s voice heard, before it is too late.

Video of You Suck!

[2] In the Jewish culture and religion, the child’s religion is defined by that of the mother, not the father. 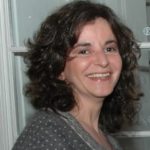 *Robyn  Sassen is an independent critic in Johannesburg, South Africa. With sixteen years in the print and online media industry, she has an interest in visual arts, art history, performance art, literature and theatre and is a research fellow at the University of the Witwatersrand. Her blog is the repository of her critical writing since 2014.

Hold Up That Mirror And Preen: South African Solo Theatre At Its Finest

Tagged on: by Robyn Sassen