Asiimwe Deborah GKashugi one is one of those prolific playwrights whose name will not be missed out if people are talking about Ugandan theatre of the past ten years. Although, when you talk to the dramatist, she will tell you that she tried very hard to avoid ending up in drama class, in fact, it all started when she was still in secondary school. Despite having the passion for the stage, she did not see the need to pursue drama at a higher level of learning. “It was almost evil to study Music, Dance and Drama since it was widely viewed as a last resort for failures,” she says. In fact, her ending up at Makerere University’s MDD [Department of Music, Dance and Drama] was not of her making but that of her literature teacher also the deputy head teacher who felt that this was Asiimwe’s calling.Today, the playwright does not regret entering the MDD class, having penned her way into Ugandan theatre greatness with such plays as Will Smith Lookalike, Cooking Oil, Forgotten World, Appointment with gOD and Un-entitled.

Asiimwe is a co-director of Uganda’s first theatre festival in the recent past (last theatre festival in the country was held in 2002) the Kampala International Theatre Festival, which will be coming back for the third edition this year (2017). She is excited about the direction Ugandan theatre is taking. She often notes that things may not be at their best at the moment, but, whatever is happening in terms of curation, writing and production is shaping Ugandan theatre for better days.

You have experienced theatre in within the East Africa region. What do you think the state is like in the different countries of the region?

All East African countries are different, our political landscape is different. For instance, when it comes to Rwanda, much of their work is around the 1994 genocide; in the 2000s, they were trying to remember and remind themselves of what happened and why they should never let it happen again. Today, their productions are about moving forward from those incidents; the beautiful thing is that the government is willing to support the creation of these stories and the people are willing to see them.

Burundi as a country is so poor and some of their expression rights have been gagged, and you feel this as you see their productions. Kenya enjoys a vibrant art scene and has some freedom of expression. Tanzania, in the early 2000s, was riding on NGO-driven content [funded by the National Tanzania Non-Government Organization], although, now, they are into a hybrid that has seen them merge hip hop with their theatre performances. Ethiopia could be the only country in the region where playwrights are paid; the governments fund theatre and the audiences are available to consume the productions.

How do you relate all these to theatre in Uganda?

There is a lot of restlessness among Ugandans; politically, socially and economically. People are writing about several topics, writers are up to something great. Yes, we may fall short with directors, but, that is something we can fix. There are people who are trying to break through the status quo; I was looking at the submissions for this year’s Kampala International Theatre Festival and they were amazing. I would stop and wonder: “Where are these writers hiding?”

The biggest problem we have here (Uganda) is of spaces; we should be thinking more about where our work is being put up, especially exploring the non-traditional spaces.

What is the state of theatre in Uganda now?

One man once told me that Uganda is an intellectual desert; he said that the arts were full of non-thinkers. But, I think this is not necessarily true as Ugandans are reading more into written materials. With the crop of new people trying to do theatre, when I look at their work or simply talk to them, I feel like they are writing things that will force people to think.

There is that generation that is tired of seeing things done the way they are done and they want to see this change; and the good thing is that they are not thinking local, they are thinking global. . . . Again, I am sure theatre is going to improve, it may not happen tomorrow, but whenever it happens, it will be traced back to today.

How complicated is it to get funding for theatre?

It is very complicated in Uganda; the co-operative companies are yet to come on board. Not just in theatre, they are yet to warm to art in general. Most of the time, they want to do their work as a business. If they are to invest money, they expect profits; something they do not see theatre or art giving them. They have found nothing about theatre to convince them that, when they invest their money, they will get it back and more. But it is up to us to show them that we are not as risky an investment as they think.

But, theatre is also risk. For instance, in our political society, if a performance has political undertones and some corporate company is sponsoring it, they may be in danger of being marked as a sponsor of opposition. I mean, we have heard cases where performances have been halted because they were deemed dangerous. When I was doing Cooking Oil, I looked for funding and when many of them asked me what the production was about they would become skeptical; they argued that the topic was [too] critical [of those in power]. With such fears, even the potentially willing corporate sponsors end up simply staying on the sidelines.

How has the role of theatre changed throughout the years?

If I was to speak about Ugandan theatre for the last ten years, there was a time when playwrights wrote to appease NGOs because the latter had the money. Such organizations were commissioning productions about HIV, malaria and all those causes that had brought them to Uganda. Although, these organizations still exist though today, many people have started writing because they have something to say; today, theatre is talking about things whether they will be funded by someone or not.

When we were growing up there was a famous form of entertainment known as radio dramas. Today these dramas are almost extinct, what happened to radio dramas?

The market is saturated; back then, radio was the main source of entertainment. Today, people have many things that compete with the radio, like TV, phones and the internet.  Again, unlike the past years when the society was basically communal, today, we tend to be more self-absorbed.

Even radio stations have banked on the politics of Uganda, which is entertaining at times. They have replaced theatre with talk shows, which can be like theatre and engaging like drama was. But, besides that, radio stations no longer have space. Everyone is trying to programme something that, they believe, will bring in money. They cannot go for a radio drama, it is expensive—it is much easier to throw in a radio DJ to play music than hire actors, directors and writers to produce drama, especially if it is not paid for.

In many of your works, such as Will Smith Look Alike and Cooking Oil, you seem to present the West as the future; but then you suddenly drop the bomb that it’s all an idea, but it’s not true. Why does the West have a lot of play in your work?

Which language are we using?

There is no way we can talk about ourselves without talking about an “ourselves” that is based elsewhere. Even before we had been to the West we have had a relationship and a history with it. Thus, there is a need for stories addressing this, always growing, relationship with the West.

During my time there, I got to see how the media plays around with our minds and the dishonesty of people that have been there but told a wrong story about their time there. If we do not tell the world that aid is not free, who will tell the story? If we do not say that some of our friends that travel end up on streets, even when they send pictures posing in front of beautiful cars, who will tell these stories?

What should the world look out for from Ugandan theatre?

Uganda used to be a hub of writers! I hope the world looks out for the new wave of writers. They are here, and all they need is to be discovered—and mentored. These people are already writing amazing things. Their main problem is that there is no support system.

What do you look out for from a critic?

I do not want people to paint a rosy picture if it is not helping me. I do not want to be attacked as a person; some critics do that. But, when a critic is talking about my work, I want to feel like they know what they are talking about. 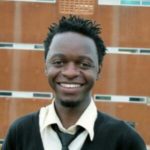 *Andrew Mayiga Kaggwa is an Arts and Culture reporter with The Observer. He studied Mass Communication at UMCAT in Kampala, where he started his entertainment or Arts and Culture blog Tsupug.com. Currently at The Observer, Kaggwa contributes for regional news outlets like News24 Africa and The East African. In 2015, he was a runner up at the country’s National Journalism Awards in the Arts and Culture category.

Tagged on: by Andrew Kaggwa