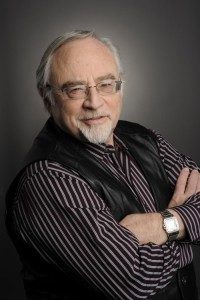 When asked about African theatre, most theatre critics and scholars would be hard-pressed to name more than one or two playwrights beyond the Nobel Prize-winning Nigerian dramatist Wole Soyinka or the anti-apartheid activist Athol Fugard. Both made their reputations in the 1960s and 1970s.

The 2016 winner of the IATC’s prestigious Thalia Prize for contribution to theatre through critical writing, Femi Osofisan, is probably not a name that comes to mind that quickly. But hopefully—with the Thalia—that is about to change.

Osofisan is of the generation that followed those two theatrical giants and his footprint is almost as large as theirs on the continent of Africa and it is growing in other parts of the world as well. Probably his most well-known play is Once Upon Four Robbers, which is already taught in numerous universities around the world and has been widely anthologized. But it is only one of some fifty plays by this major artist and activist. These plays—like his critical writings—are cries for personal freedom and political action and include many adaptations of Greek and Shakespearean originals, tailored for whatever political situation might exist.

Like Soyinka and Fugard before him, Osofisan has attacked repressive governments wherever they have emerged and he has been attacked in turn. He has also had his work staged at the Guthrie and other major regional theatres in the United States, as well as in Germany, the U.K., Sri Lanka, Canada and China. In 1982, he was appointed a member of the pioneer Editorial Board and think tank of The Guardian Newspaper (Lagos).

Canada is proud to have joined the Nigerian IATC Centre in proposing Osofisan for the Thalia. For the record, that joint proposal for Osofisan’s nomination reads as follows:

“The Nigerian Centre of the IATC, in association with the Canadian Centre of the IATC, propose for the 2016 Thalia Prize Prof. Femi Osofisan of Nigeria for his extraordinary career as critic, scholar, playwright and spokesman for artistic freedom in his native Nigeria and for his outspoken criticism of artistic repression across the African continent.

“The author of over fifty plays and hundreds of critical essays, four novels and five collections of poetry and the subject of several celebratory volumes in his honour, Prof. Osofisan has followed in the footsteps of Nobel Prize winner Wole Soyinka. His work has covered a range of subjects, including, as eloquently stated in a volume of essays on his life and work published in 2009, the roles of theatre and literature in society, gender and empowerment of women, style and language, the mobility of oral tradition and even translation and transliteration.

“In a lecture given at the University of Ibadan in 2006, Harvard Prof. Biodun Jeyifo called Osofisan ‘the most African playwright of the post-colonial era . . . the most prolific playwright on the African continent. . . .’ Jeyifo went on to place Osofisan with Soyinka at the centre of the ‘radical and literary cultural movements of the past three decades.’

“Born in 1946, Prof. Osofisan entered the University of Ibadan in 1966, majoring in French (he studied for a year at the University of Dakar as part of his degree). Graduating in 1969, he then won a scholarship to the Sorbonne in Paris. He did not complete his graduate degree there, however, because his supervisor did not allow him to do a thesis on African drama. He eventually obtained his PhD at the University of Ibadan with a dissertation on the ‘Origins of Drama in West Africa in English and French.’

“A Professor and former Chair at the University of Ibadan (he is now a Professor Emeritus) and recognized as playwright, director and critic, in 1982, he was appointed member of the pioneer Editorial Board and think tank of The Guardian Newspaper (Lagos). Directing his own plays at Ibadan, at other African universities and in the U.K., the U.S. (University of Pennsylvania and the University of Iowa among others), Germany, Sri Lanka and Canada, his plays (especially, his Once Upon Four Robbers, The Chattering and the Song, and his African adaptations of Greek and Elizabethan plays, such as Antigone and Hamlet) began winning national and international awards.

“The founder of the NGO called CentreSTAGE Africa (the Centre for the Study of Theatre and Alternative Genres of Expression in Africa) and Vice-President of the Pan African Writers’ Association, his plays began receiving international attention after a production of his 1997 play Many Colours Make the Thunder King was presented at the Guthrie Theatre in Minneapolis.

“A volume of Osofisan’s collected essays were published in 2001 under the title Insidious Treasons. Included were major essays by Osofisan on Drama as Insurrection, the Terror of Relevance in Contemporary Nigeria, the Frontiers of Terror in a Post-Colonial State, and the Challenges of Nigerian Drama on the Euro-American Stage.

“Chosen to be the keynote speaker at the International Federation of Theatre Research World Congress in South Africa in 2007, he was—incredibly—unable to obtain a visa and his paper had to be read on his behalf. That major paper, a truly extraordinary piece of committed theatre criticism entitled “Literary Theatre After the Generals: A Personal Itinerary,” was published shortly thereafter in Theatre Research International and is required reading for anyone interested in political theatre or African theatre.

“In 2006, a critical volume about his work was published in Germany, in the prestigious Bayreuth University African Studies Series under the title, Portraits for an Eagle. The volume includes essays by British scholar Martin Banham, Harvard’s Biodun Jeyifo, Africanist James Gibbs, the University of Leeds’ Jane Plastow and South African scholar Yvette Hutchison, among others.

“In 2009, another series of essays on his work, Emerging Perspectives on Femi Osofisan, was published by Africa World Press in the United States.

“Since his retirement from the University of Ibadan, Prof. Osofisan has continued to write, guest-direct his own plays and teach at universities and professional theatres around the world, including Canada, Germany and, most recently, in China (Peking University).

“He recently wrote: ‘I am writing for multi-cultural audiences, both in Nigeria and when I work abroad. I am looking for a third way that is neither western nor African, neither white nor black, not multi-racial but a play that simply deals with many races.’

“The Nigerian and Canadian Centres put forward this nomination in the belief that Prof. Osofisan is immensely deserving of being the first recipient from Africa of the IATC’s Thalia Prize. He has led African theatre and drama through both his playwriting and his criticism, through his art, his journalism and his immense scholarship.

“He has changed the way many Africans now perceive their own theatre and culture and he has changed the way many people in other parts of the world now perceive Africa and African theatre. Words have been his weapon against tyrannies of all sorts. Bringing his name to the whole world through the Thalia is not only appropriate but also a fitting addition to the distinguished names who have preceded him.”

We welcome Femi Osofisan to the ranks of Thalia laureates. 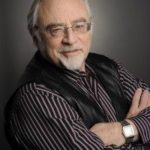