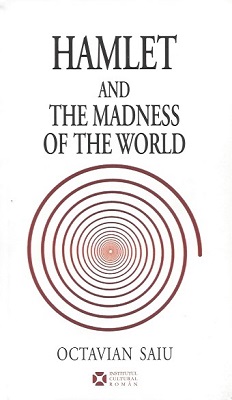 The madness of Hamlet has become the madness of the world, according to Romanian critic and scholar Octavian Saiu. That is, the sixteenth century theatrical invention of a prince feigning madness and our own century’s mad global zeitgeist have inevitably collided. The difference for Saiu is that today, the madness is no longer pretense.

Saiu’s thesis is based on three flagship productions of the play that stand out for him as beacons, each one shining light on important thinking in the contemporary theatre; productions that give insight into what is behind both the radical risk-taking and the philosophical responsibility of advanced theatre thinking in the USA, the UK and Germany.

Saiu’s new book lays out arguments both graceful and courageous. He chisels them into precise chapters with provocative titles, such as “Dissident Hero in a Political Play” and “Hamlet and Supermodernity,” that represent a range of critical theatre watching, clear thinking, solid research and careful interpretation. Indeed, his fluid, critically astute prose is a joy to read in these days of so much linguistic obfuscation, writing that can often target a concept with arresting precision. He characterizes our century, for example, as one that boasts a “digital arsenal of alienation.”

Introduced with a cunning little non-introduction, Saiu tries to assure us early on that “this is not a book about Hamlet . . . rather it is an essay about three productions that seek to answer a question that has remained unresolved since the play first appeared: is Hamlet really mad or is he merely pretending?”

The conventional idea of Hamlet as someone whose very survival in a society he rejects depends upon his feigning madness has also long been reinforced by the notion of this Philosopher-Prince as a creature of mysterious solitude. Indeed, the two ideas have long reinforced one another in production. Some of the most powerful political interpretations of the character have come from Eastern Europe where Hamlet truly inhabited (as Polish critic Jan Kott once argued) “a rotten world.” Yuri Lyubimov’s famous 1971 production featured a “flexible” Iron Curtain of deceit and death in which “Hamlet recited the poem Hamlet from the then still-censored novel Doctor Zhivago while accompanying himself on a guitar.”

Saiu reminds us that the Eastern European “political contextualization of Hamlet” (both the play and character) can be contrasted with “the liberal intellectual” approach seen in England and the USA. He concludes that “It was under the totalitarian regimes of the second half of the twentieth century that Hamlet could most easily pretend to be mad without actually sliding into madness,” thereby allowing himself genuine “freedom of thought.”

For Saiu, it is in the madness of the twenty-first century world that Hamlet loses his superstar status, falling from Harold Bloom’s “sublime hero of the western canon” to a gibbering fragmentation, subhuman and randomly destructive, our own tormented and lethal Frankenstein. It is we who have created this Hamlet. How? In our technological short-circuiting of natural rhythms, our response to collective guilt and in our thoughtless acquiescence to the psychopathic manipulation that is everywhere around us. This cocktail of contemporary derangements is what draws Saiu to the Hamlet productions that are discussed here: Elizabeth Le Compte’s production for New York’s experimental Wooster Group (2006), Thomas Ostermeier’s major production for the prestigious Schaubühne of Berlin (2008) and Ian Rickson’s 2011 production for London’s director-oriented Young Vic. Each is examined against its own cultural background before being moved into the broader picture Saiu paints.

The Wooster Group production was a creative deconstruction of the 1964 austere, soul-searching Hamlet of John Gielgud; a production starring Richard Burton. LeCompte’s version utilized visual recordings of the earlier Gielgud Hamlet shown on multiple screens. The original production was already a stretch with Burton’s interpretation of the title role a disturbing study in twitchy disorientation.

Taking advantage of technical glitches in the worn film, the Wooster Group opted for all things unhinged and out-of-control, as though working some Fast Forward, Pause and Rewind button to suggest they and we are all mad. The hyper-reality of the staging, the “simulation of a non-existent reality” showed us a world in fragments, part of a technological change in which we seem to be addictively inventing our own destruction.

For Saiu, Ostermeirer’s Schaubühne production sees Hamlet as a more human battleground of basic instincts, the sexual drive prime among them. It is this primitive element that throbs beneath the veneer of Ostermeier’s civilization, the muck from which we try to rise and the muck into which we sink. Hamlet and company here slog around a stage of “viscous mud,” both womb and tomb, encompassing “the barbaric unconscious.” There is no longer any distance to fall. For a mid-European director of Ostermeier’s international reputation, the trampling of the Hamlet heroic is particularly significant.

Then there is the absurd, the basic condition of so many modern Hamlet productions, “in the crooked world of the communist East” as well as in, what Saiu calls, “theatre of derision”; approaches such as Stoppard’s Rosencrantz and Guildenstern are Dead and Heiner Muller’s Hamletmachine, in which Hamlet and Claudius are little more than versions of Beckett’s Vladimir and Estragon. Ostermeier’s approach, in this sense, becomes an example of, what Saiu calls, interior absurdity. Neither hero nor anti-hero, the German Hamlet is, instead, a non-hero trapped and battered by the brutally automatic reflexes of survival instincts. In this version, he literally crumbles as onstage screens reflect his mind gazing into a horror in which chaos and madness, theatre and reality become indistinguishable. Says Saiu: “More Shakespearean than any of the great classical productions, Ostermeier’s Hamlet pays homage to Shakespeare by staging a trial of madness in the courtroom of the theatre.”

England’s Young Vic contributes a socially innovative Hamlet. Staged by Ian Rickson, this Hamlet involves the audience itself in the process of realizing Rickson’s directorial vision. Divided into two groups, spectators are “guided through the backstage of the theatre into the lugubrious corridors of a psychiatric ward.” The goal here is to get audience members to become entrapped in Hamlet’s mind. Saiu suggests that this is perhaps the only vantage point for comprehending the play’s modern relevance.

In Rickson’s vision, Hamlet is the patient and Claudius the doctor, the latter spying on his charge through a glass wall. Within Hamlet’s tortured mental state, we too suffer both oppression and resentment with him. A dehumanizing hospital atmosphere is created filled with screams and visions embedded into the walls themselves. It is inside this world that Hamlet directs his own play, finally revealing himself as both his father’s ghost as well as Fortinbras.

In his madness, this Hamlet maintains agency, suggests Saiu, using Foucault’s idea of madness—a special status affording insight and perception denied to the rest of us. That is, Rickson locates this Prince somewhere between “formless madness and ruthless discipline”; “[a] consummate strategist,” who, because he really is mad, is able to carry out his own plans from inside his altered state. His madness becomes the play that is being staged by his own destructive self.

In Rickson’s reading of the play, “the world itself is a mental institution,” too easily and too often governed by psychopathic ideologues. The killing spree that happens takes place in the suffocating cauldron of an amoral universe in which no one cares about anyone or anything. Given that it is Hamlet’s triumphant face that the audience sees at the last, Saiu concludes that this Hamlet’s final impulse is simply “the thrill of survival.” Indeed, he suggests that within any political system, it may be the victims who most subtly use one another, “reinforcing the presence of the pathological at the heart of everyday existence.”

Saiu concludes that these three important productions indicate that Hamlet’s madness is now everywhere—from inmates inside the asylum to ideologues operating political systems to corporate bosses in the business world and that all are characterized by an anti-social sensibility and a readiness to abuse power. Today’s Hamlet is all of us at war with ourselves. “I” and “Other” for Saiu are now virtually indistinguishable in a world where “to be” and “not to be” are simply equal opportunity temptations.

Hamlet and the Madness of the World is a discerning and powerful book, with the imagination to see and the courage to say how, from every perspective, the fearless re-interpretation of this theatre classic can show us who we are. 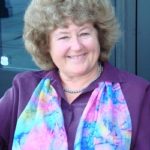 *Patricia Keeney is an award-winning theatre and literary critic and a Professor in the Department of English at Toronto’s York University. She is the author of a dozen volumes of poetry and two novels. Two new works by Keeney have just been published: Orpheus in our World (Neo-Poiesis Press) a poetic rendering (with dramatic commentary) of the ancient Greek Orphic Hymns, and a novel called One Man Dancing (Inanna Press) based on the life of a Ugandan actor and his work with the legendary Abafumi theatre company operating during the regime of dictator Idi Amin.

Hamlet and the Madness of the World