European Theatre Prize in Connection with the Shakespeare Festival in Craiova, Romania, April 2016. 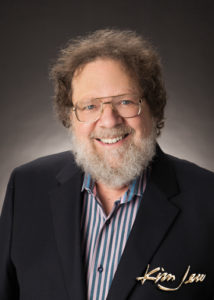 For two weeks, in April 2016, the European theatre spotlight focused on the city of Craiova in southern Romania. The 10th Craiova International Shakespeare Festival filled the National Theatre “Marin Sorescu” and other local venues with an appealing selection of Shakespearian productions from a dozen countries. On April 23, the day celebrated as both Shakespeare’s birthday and the day he died, Craiova also became the site of the 15th Europe Theatre Prize.

These two events attracted the IACT/AICT executive committee and the editorial board of Critical Stages, whose meetings I attended as an alternate delegate. I will focus on a trio of plays staged by European prize-winners and my responses to them.

Last Dream (On Earth) is a haunting experience that juxtaposes the historic flight of Soviet Yuri Gagarin into earth orbit in 1961 with the attempt of a modern refugee to make the perilous journey from North Africa to Europe and freedom. One travels in a spacecraft atop a powerful rocket, while the other rows a fragile raft at the mercy of the sea. Gagarin is supported by a multitude of technical specialists in constant radio contact, while the unnamed female mariner has a few friends to support her and uncertain phone communication with family on land. Both journey into the dark unknown. 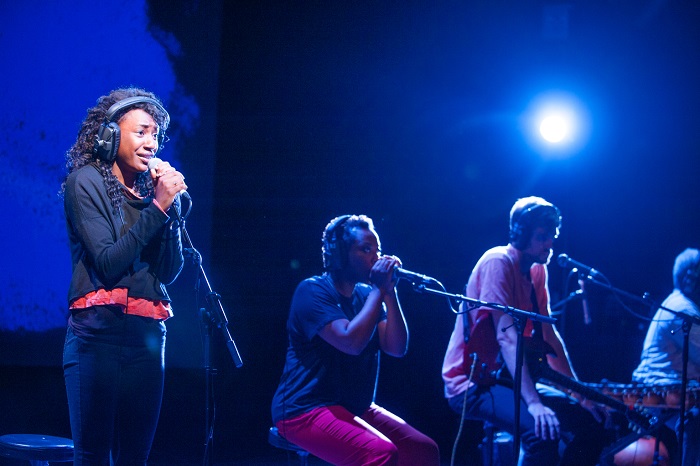 The play, written and directed by Kai Fischer, is produced by the National Theatre of Scotland. Audience members receive wireless headphones through which the play’s sounds are projected. The effect is a sense of isolation and, at the same time, a direct contact with the players. Five performers occupy the stage. Actors Ryan Gerald, Mercy Ojelade and Adura Onashile portray multiple characters, while guitarist Tyler Collins and percussionist Gameli Tordzro provide ever-shifting, pulsing rhythms. Visions of the endless frontiers—sea and space—are projected on the back screen.

The sounds from the USSR Vostok spacecraft and its occupant are translations of the actual exchanges, and the tension mounts as the countdown advances. The voyage of the raft is an anonymous representation of countless attempts of displaced refugees to float to renewed hope. Last Dream (on Earth) is a timely and thoughtful treatment of the boat people whose fate now challenges the world. And Gagarin’s historic flight was part of the Cold War “space race” between the U.S. and the Soviet Union (Russia). Today’s “new cold war” places the U.S. and Russia in competition once again, and the world holds its breath.

Reikiavik, written and directed by Spaniard Juan Mayorga, also uses transcripts from an historical event in the Cold War. Reykjavík was the site of the 1972 World Chess Championship between American Bobby Fischer and the Soviet champion Boris Spassky. Fischer was an eccentric loner who defied expectations and won the title along with a propaganda victory for the U.S.

While the story of the matches gives the play its shape, the complex personalities involved are not probed. Reikiavik is set in a park where two men (César Sarachu and Daniel Albaladejo) engage in a game of chess. An interested, inquisitive boy (Elena Rayos)—who seems little more than a dialogue device—watches. In remarkably rapid Spanish, which left translation boards and audiences struggling to keep up, the men reenact the Fischer-Spassky matches for the observer. Both play other characters, ranging from Fischer’s mother to Stalin’s ghost. And they declaim cryptic philosophy at warp speed. I found the nonstop talk mind-numbing and the play overlong. Were I the boy on stage, I would have fled.

The Craiova International Shakespeare Festival and the European Theatre Prize merged with the highly anticipated Schaubühnne Theater Company production of Richard III directed by Thomas Ostermeier and starring Lars Eidinger. After having taught university classes Shakespeare’s drama for over forty years, I was anxious to see how one of Germany’s most extolled directors would deal with this early Shakespeare history play. I had also been warned that European treatments of Shakespeare’s plays are often “reinterpretations of” or “meditations on” the originals.

Ostermeier’s Richard III is performed on an Elizabethan thrust-style stage, with a curtained space centered in the back wall and a sandy, clay-like floor (good for absorbing blood). A bare metal framework supports a catwalk along the rear of the acting space. That upper area is accessible from a pair of ladders and an upper entrance. Drummer Thomas Witte beats out a pounding rhythm from stage left, accompanied by various sounds and sonic blasts. Suddenly, groups of formally dressed celebrants come through the audience and converge on the stage. Confetti canons go off and champagne flows. Eidinger as Richard Gloucester joins the group, walking knock-kneed and stooped. He wears black slacks, a white t-shirt, covering an ominous hump on his back, and grotesquely deformed shoes. A black leather headband tied under his chin and braces on his upper teeth add to his physical imperfections. Most of the partiers ignore him. Richard grabs an oversized microphone that hangs down from the ceiling on a thick cord and delivers his opening soliloquy in German and English. The mic has a white light that harshly illuminates Richard’s face and a camera that projects it on the back wall. The festivities are for the end of the Wars of the Roses. Alone, Richard, younger brother to King Edward, is not comfortable with peace, and he tells us he is “determined to be a villain.” The ambiguous pun with “determined”—is his evil preordained by his physical impairments or simply chosen despite his appearance?—will echo later. Richard, then, grabs the microphone cord and swings himself out over the front of the audience; the idea of the theatrical “fourth wall” flying away with him. A strong opening scene.

In the next scene, Richard seduces Lady Anne (excellent Jenny König) having killed her husband and his father. As he cajoles Anne, Richard removes his clothes; all but his leather cushion hump and the straps that fasten it. Successful in his seduction, Eidinger’s Richard prances naked around the bare stage, speaking to the audience both as character and actor (asking a front-row patron to send him a copy of the cell phone video she is illegally filming). The protagonist engages the audience like a rock star, shedding theatrical artifice with his costume.

When Richard speaks to his princely nephews after the death of their kingly father, the boys are actually life-sized puppets with jointed limbs being moved and voiced by members of the company. Their plastic perfection is in stark contrast to the appearance of Richard, whose victims they would soon become. This scene emphasizes the question of agency in the play. Just how are the characters (and we the audience) determined? Are we all being manipulated by puppet masters? As Richard III murders his way to the throne, he lurches toward madness. Clad in a neck brace and full body corset, Richard sits atop a chair, atop a table, and continues to plot death. At the sight of the murdered princes—the now twice-lifeless puppets—Richard grows more unhinged. He covers his face with a thick layer of a white cream he is eating.

Finally, the new king’s death does not occur on the battlefield. Clown-faced Richard sleeps on the table while the ghosts of his victims curse him. When he awakens, he attacks these visions with a sword, miming his final battles until he is mortally wounded. Lying again on the table, Richard recites—in English—“a horse, a horse, my kingdom for a horse,” puts a loop of the microphone cord around his ankle and is ignominiously hoisted upside down as the stage grows dark.

The Ostermeier/Eidinger Richard III is a series of disjointed, though fascinating, scenes that left me overstimulated and underwhelmed. I was impressed with the myriad visual and aural effects, as well as with the brave acting, even when I did not understand them in the context of the play. With Richard portrayed as a stand-up comic/villain playing the house with a microphone in his hand and an eye on the audience, I missed the attempt to probe his coherence and his humanity. 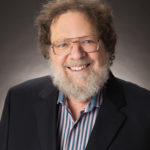 *Barry Gaines is Emeritus Professor of English Literature at the University of New Mexico, where he taught Shakespeare from 1979 to 2009. He has reviewed theatre in his hometown of Albuquerque, New Mexico, USA, since 2000, and is the Administrator of ATCA, the American Theatre Critics Association. He is currently editing a volume for The Complete Works of Thomas Heywood for Oxford University Press.