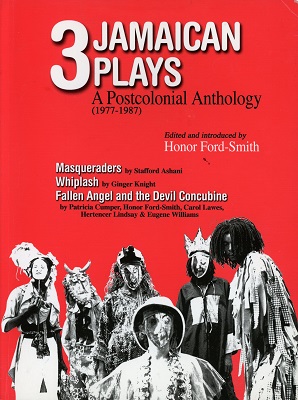 Honor Ford-Smith is an actor, director, poet, playwright and socially-engaged Jamaican-born artist. A theoretician of post-colonial theatre as well, she is intimately aware of the history and practice of both the Jamaican and Caribbean stages.

Since 2006, Ford-Smith has been working on Letters from the Dead, a performance cycle which mourns the lives of those killed by police or by armed strongmen in the Jamaican communities. It celebrates the caring labor of women who struggle for peace and justice at home and in the diaspora. Vigil for Roxie, a monodrama from the Letters cycle, commemorates the murder of a young man by the police by tracing one woman’s attempt to bury her grandson and convey his demands for justice. Performed at a meeting of the Hemispheric Institute in Bogotá as part of its “Staging Citizenship: Cultural Rights in the America” program, it has also been staged in the UK, Jamaica and the U.S.

Her career—from the co-founding of the Sistren Theatre Collective in 1977, to today, as a professor at Toronto’s York University—is ongoing testimony to the role theatre can play in the fight for human rights. The publication of 3 Jamaican Plays continues her ongoing investigation into the field.

I first came into contact with Ford-Smith at a meeting of the Canadian Association of Latin American and Caribbean studies at Carleton University where she performed a feisty and moving tribute to her mother that highlighted her own spoken-word poetic strategies. Her text became a musical score where mimicry and shifting Jamaican accents held one spellbound. Speaking frankly about her own difficult experiences growing up in Jamaica as a light-skinned daughter of a “brownin,” she planted all the identity questions that drive her work. Such complex relationships as color, class and gender have always fueled Ford-Smith’s theoretical work, and her performances became dramatic tests of her theoretical models. An unyielding voice in this area, her work in all these fields ventures across memory, racism, repression, violence, exploitation and social injustice.

This volume highlights three works that, for her, epitomize the decade from 1977 to 1987. For those unfamiliar with Jamaica, the country became independent only in 1962 and, in the following decade, it went through the process of freeing itself from the colonial world that had shaped it since 1655. The plays, which form the second part of the book (the first half is related essays), are Masqueraders by Stafford Ashani, Whiplash by Ginger Knight, and Fallen Angel and the Devil Concubine, a collective work by Ford-Smith herself along with Patricia Cumper, Carol Lawes, Hertencer Lindsay and Eugene Williams.

The introduction and her “Notes on Language,” lay the groundwork for the debates that shape Ford-Smith’s writing. She explains that her aim is to suggest “alternatives . . . to cultural production in Jamaica [which] remains largely dominated by European and American work.” The three plays included indicate for her how artists sought African sources, sources which had been suppressed and silenced during the period of British rule.

Part of a dialogue between current Jamaican theatres, other African diasporic voices and even African theatres, her work tries to pinpoint the “lingering aftershocks” perpetuated by the remnants of the colonial regime. She discusses post-colonial performance in general, quoting such writers as Loomba, Gilbert and Tompkins, and many British, American and French scholars to show how colonialism complicated all social relationships, and that many of the difficulties created appear impossible to heal.

According to Ford-Smith, new ways of thinking have emerged from the dramatic representations of those who were marginalized and, in that context, theatre and performance of various kinds becomes a key for understanding the mobilization of new ideas. In this regard, she mentions Errol Hill’s major study of Jamaican theatre (1992) citing his description of the theatre as a site of “cross-racial flirtation and sexualized encounters.” She affirms that Jamaican theatre after independence became a forum for bringing a new community into being through performance and written scripts, including the three in this book.

Stafford Ashani’s Masqueraders was the first play to be written, directed and produced by a Rastafari playwright with “a cast of mainly dreadlocked actors.” She argues that such an act of cultural defiance at that time defined a Black diasporic aesthetic that was both Caribbean and post-colonial, drawing on plantation masquerade to explore power struggles among the colonized as well as portraying the sadism inherent in the colonial spectatorship. The play, for Ford-Smith, also attempts to reconcile two very different traditions: Rasta and, what is called, the “plantation carnivalesque.” Written in the full range of Jamaican language—a combination of West African and English—the play establishes this form of Jamaican English as a legitimate language (similar to the French-based creole in the Francophone Caribbean, now being integrated into university programs).

Whiplash by Ginger Knight, the second play, is introduced by an essay entitled “Violence, Political Disillusion and the Image of a Violent Jamaican.” It is a meditation on the rise of partisan political violence in Jamaica. This conflict, echoed in diasporic communities, threatens the lives of people who appear to be mainly poor young men of color. Ford-Smith argues that Knight offers a counter image to this stereotype, explaining why these individuals are forced into violence and how they can resist it through family and love. In a long discussion, focusing on downtown Kingston, the place where “roots theatre” originated out of “yard theatre,” we learn about the urban poor and lower middle class, including sexually ambivalent tricksters. Knight draws on actual experience, fusing “roots” drama with social realism, as well as TV sit-coms and popular radio plays. Knight’s depiction of the violent Jamaican “does not romanticize the character nor is he presented as a helpless victim,” but rather shows them as a creation within the urban family, the latter always portrayed as positive. Music, songs and references to popular culture complete this dramatic context. What Ford-Smith omits, no doubt on purpose, are the notions of post-colonial mimicry that Homi Bhabha develops in his book, The Location of Culture, and which would seem to explain how this violent character is a clear product of Jamaican colonial history.

Fallen Angel and Devil Concubine, the last play, was itself a product of a workshop by the Groundwork Theatre Company, founded by the late playwright-director Dennis Scott, one of the most important artists of his generation. Indeed, each of the individuals involved in this collective later became well-known in the theatrical world. The role of white and black women in colonial society is explored in this play as it investigates Fanon’s notion that post-colonial nationalist citizenship is primarily male and middle class.

At the same time, Ford-Smith argues that feminist scholars have shown that white women have also benefited from imperial power. The two protagonists here, Katie and Lettie, are the dispossessed white degenerate creole and the black mammy, a servant, respectively. A struggle for power leads to the discovery of their past secrets, at which point a process of healing begins, allowing the women to “make a shared place of belonging in the present.”

As one of the actresses in the original production, Ford-Smith was closely associated with the process of improvisation that created the play and she explains how the roles and the dramaturgy were constructed out of personal memories. Revivalism is combined here with Christianity and African spirituality through gestures, corporeal expression and linguistic particularities that produce a new “total” phenomenon, closely associated with post-independence in the Caribbean, in general. Also provided are three pages of practical acting exercises as well as notes on the construction of the play through improvised performance.

Her precise description of the process would, in fact, be an excellent pedagogical guide for the specific way that post-colonial theatre often comes into being. More than simply an anthology, the book is an enlightening theoretical document for post-colonial theatre generally; a practical guide to staging and actor training techniques; and an introduction to three works that remain almost unknown outside of the country. It is also a serious reflection on Jamaican cultural history and, as such, a welcome contribution to literature in the field. 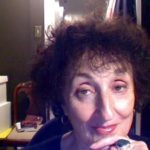 *Alvina Ruprecht is a retired professor from Carleton University and, currently, an adjunct professor in the Theatre department at the University of Ottawa. She reviewed theatre for some thirty years on CBC Radio.