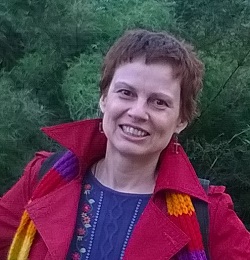 “It’s our soul that would notice!” a Bulgarian student of mine wrote once. I like to set my students the task to write an exam essay on this topic, and this is just one of the many striking answers that have been keeping my optimism about our profession alive. It may seem as if I start on too high a note, but here I will come with more reasons for optimism for those of us “children of the world—who’ll never grow up,” as the American George J. Nathan described theatre critics. All these reasons are to be found in the essays of the same title by the students of the esteemed Shanghai Theatre Academy where I had the privilege to teach last Fall.

They created a very rich mosaic of the responsibilities that critics have and of the voids that the lack of criticism would open—a mosaic I will try to present. Here are the main groups who, according to the Chinese students, would be affected:

The audience because: “it would not understand the profound social analysis, cultural meaning and political ambitions of the works”; “it would lose its orientation and would be in chaos.”

The theatre-makers because: “they would be in the blank”; “would not know how their work is perceived.” Most affected would be “those theatre-makers whose works are at variance with commonly held opinions because they most need the support of the critics.”

Theatre on the whole because: “the only standard that would show the quality of works would be the level of applause and the audience is always very polite.” Also: “without criticism the audience would easily neglect the ideological and aesthetical value of the drama and would pursue emotional stimulus only; in turn their taste would influence the theatre-makers,” so “the whole environment of the drama would change.”

We—society on the whole because: “we’d lose a branch which has both artistic beauty and argumentative nature”; “the social problems would not be found, put forward, and solved.” “All people who care for the theatre would notice, because criticism is an indispensable part of it.” “Many of us rarely pay attention to theatre critics’ existence but if they disappeared people would feel lost.”

Other groups: “editors”; “managers, who will have no critics’ quotes to promote the shows”; “the economy because critics are part of the cultural industry”; “sociologists because they are looking for the impact of the theatre on society [which they find] from critics”; “students studying theatre because they would lose direction.”

Here’s a funny perspective for a change: “the audience would be a little happy because many are critics in their life.” “The actors will be happy too because many critics are just engaged in theorizing and have no inspiring critiques about their work.”

Returning to a more serious vein, with two very optimistic viewpoints: “If the critics disappeared is a pseudo-proposition; critics will continue to develop and become better and better.” “Criticism will never disappear, it will be alive because where there is theatre, there is theatre criticism sooner or later.”

And here are the promised higher notes:

First, a beautiful sample of metaphorical language which is so important for criticism:

“If the critics disappeared, various laughter and tears would be cheap at once.”

And an essay in the form of a poem:

If there is no critic in our life, the sun will always rise but we will not be able to find its splendor, the river will always trickle but it will seem to have dried up.

If there is no critic in our life, we are at risk of losing masterpieces or excellent works.

If there is no critic in our life, the way to freedom of theatre will be broken.

If there is no critic in our life, we can only understand the theatre by our own opinion.”

Since this is the only full text I include, the name of the author, Pan Tian, should be noted.

I should also mention that the form is not by chance here. One of the other tasks I set to the students was to write about theatre in the form of ancient Chinese four-line poems and, albeit it was a by-choice task, I was very happily surprised to see that many of the students did choose it and wrote beautifully at that. Moreover, they applied a poetic format to the other tasks too and did that with impressive imagination and a distinct writer’s talent.

In the same essays, the students gave some beautiful definitions of criticism. Altogether, they remind me of the fairy tale about that princess who did not like any of the candidates for a husband, but if the eyes of one of them were to go with the mouth of another and the nose of a third, etc., then at last there would be the ideal man to marry. So here’s the mosaic portrait of the ideal critic and criticism with that difference from the fairy tale, that it could be achieved in reality.

The critic is “a doctor of the spirit,” “a truly caring person,” “a guide leading the audience through a maze. ”Criticism is “a must,” “a magnifying glass, enlarging the splendid moments in a performance, exposing the shortcomings and helping the artists with feedback and assisting them in self-examination.” It’s “like a rain for the theatre’s growth.” It “helps link different groups in society,” “stirs debate on art topics,” “provides active disagreement,” and “defends high quality in the art.” To be a good critic “requires adequate skills in reasoning, research and communication.” “Being a good critic is as hard as being a creator.” The relationship between theatre-makers and creators is “like a couple in love.”

It’s amazing that to this rich portrait of the ideal critic and criticism more and more features could be added. I’ll take the liberty to add a short contribution of mine.

Criticism’s role, to me, is very much like that of the Greek Chorus. It’s neither a leading one, nor a supporting one. Yet it’s one without which the action cannot go on in the right direction. It’s both part of the action and its independent commentator. It’s one of the means by which the stage communicates with the audience. Like a huge screen above the stage that shows the close-ups of what’s happening on stage to those who are far from it. Like a portion of the audience let onto the stage. Finally, like the echo of the theatre that comes back to it, so that it could hear its voice the way the audience hears it.

I’m convinced that without criticism, theatre is like someone living without a mirror and relying only on the beloved ones to tell him/her how one looks, and we know that the eyes of love are at times blind.

And since great criticism is doubtless an art form too, which, like great theatre, has to capture “the life of the human spirit” (Stanislavsky) and communicate it to the readers, why not suggest, indeed, that if the critics were to disappear, apart from everyone else, it’s our soul that would notice it? 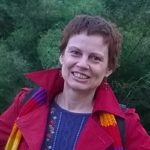 *Dr. Kalina Stefanova is the author of 14 books, published in over 10 countries, and Full Professor of Theatre Criticism at NATFA, Sofia. She has been a Visiting Scholar/Lecturer world-wide. She served as IATC’s Vice President (2001-2006) and its Director of Symposia (2006-2010).