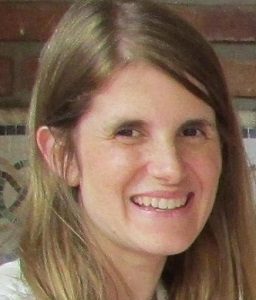 The Buenos Aires International Festival (FIBA) is one of the most important theatre festivals in Latin America. Since 1997, it has taken place every two years in the Argentine Capital. In 2015, between September 17th and October 4th, it held its tenth edition. As on previous occasions, the programming of this great theatrical celebration was very intense: 14 international productions, 16 national plays and some other premieres co-produced by FIBA, works-in-progress, a tribute to Tadeusz Kantor with photographic exhibitions and conferences, dialogues with international artists, films, lectures, open classes, book presentations, meetings between programmers from all-over-the-world and local artists, as well as foreign critics—IATC members—invited by Artes del Sur Editions with the aim of encouraging dialogue and cultural exchange. All these were only some of the activities in a busy schedule, which—located in thirty theatres and arts centers, both public and private—dominated, for two weeks, Argentina’s main theatre city.

The X FIBA opening was in charge of the French Groupe F, led by Christophe Berthonneau, which presented À Fleur de Peau, a stunning open-air spectacle that combined projected images, sound and fireworks. France was also present with two more productions: the Argentine Rodrigo García, director of the Centre Dramatique National de Montpellier, presented Gólgota Picnic, while actor-director Arthur Nauzyciel gave a reading of Allen Ginsberg’s Kaddish, a long poem that this exponent of the Beat Generation wrote under the influence of amphetamines after the death of his mother in 1959. Another outstanding event was the arrival of Jan Lauwers with the Needcompany, who—for his first visit to Argentina—presented two very different, multidisciplinary creations: Isabella’s Room—that combined live music, dance, visual arts and theatre—and The Blind Poet, co-produced by FIBA and recently premiered at Kunstenfestivaldesart.

While it’s true that certain European works that had been programmed might seem—in their aesthetic—not very novel, they were especially significant for the Argentine public, who had never had the chance to see them before, taking into account the impact those plays had at the time they premiered. This might be the case with Opening Night—an assembly of theater and video, based on the film of the same title by John Cassavetes—created by Belgian director, Ivo van Hove, and the renowned Dutch company, Toneelgroep Amsterdam. The international agenda was completed with productions from Australia (Back to Back Theatre, formed by actors with and without disabilities), Spain (Catalan company Agrupación Señor Serrano, winner of a Silver Lion at the Venice Biennale 2015), Cuba (with Rogelio Orizando, a leading figure of the country’s new drama who is getting a lot of attention at European festivals) and other plays from Chile and Peru. Regarding contemporary dance, the Spanish choreographer Sol Picó showed We Women, work that was co-produced by FIBA and the Grec Festival, while the Argentinian Constanza Macras returned to her homeland with the company she presides over in Berlin.

The closing of the Festival took place at the Teatro Colón—the main opera house in Latin America—with Verdi’s Macbeth, in the version by South African director Brett Bailey, who relocated the Shakespearean drama to Africa, where local tyrants and multi-nationals were wreaking havoc, interpreted by singers who have themselves been victims of the violence depicted on stage.

Buenos Aires is well known as the theatrical capital of Latin America. In its more than 280 theaters, it annually produces a huge number of shows on three different circuits—the official, the commercial, and the alternative. Therefore, in this respect, it could be globally considered to be on the level of New York, Paris or London. For each edition, the FIBA selects a number of Argentine plays to be part of this major international event. Although the selection that is made doesn’t consider all the recent productions, but only those that apply for consideration, still the number is impressive: 460 shows participated in the competition, from which emerged the 16 productions elected.

The selection—which might seem incomplete or not very representative, as happens in every selection process from such vast material—included the work of playwrights and directors who are well known, locally and internationally—such as Terrenal. Pequeño Misterio Ácrata (Earthly. Little Anarchic Mystery), by Mauricio Kartun, or La máquina idiota (The idiot machine), by Ricardo Bartis. Some plays selected have had a particular impact on the local scene over the last year—especially Mi hijo camina un poco más lento (My son only walks a little slower), by the Croatian Ivor Martinic, directed by Guillermo Cacace; dance and theatre-dance works, such as Gustavo Tarrío ‘s Todo piola (S’All Good), a very interesting piece combining poetry, dance, and the representation of the marginal underworld of the Argentine “villa miseria“; and finally, several productions of young artists who, in many cases, were making their first stage explorations (many of them have recently come into the spotlight after winning awards at the Young Art Biennial of Buenos Aires). Among the latter, we can highlight the work of Juan Coulasso, Jasmine Titiunik, and the cast of Cinthia Interminable (Endless Cinthia), a theatrical-choreographic exploration of violence through the use of the body. And also the creation of the young director and playwright Cecilia Mejide, Cactus orquídea (Orchid Cactus), a choral composition of stories effortlessly intertwined, told in a way reminiscent of magical realism, an established genre in Latin America.

We owe special mention to the international programme, “Performing Explorations,” co-produced by Artes del Sur Editions (directed by theatre critic Halima Tahan, member of IATC) and FIBA. As part of this project, recognized professionals of theatre criticism from around the world were invited to explore FIBA through an intense programme of activities, which included attending some Argentine shows, roundtable debates, dialogues with local creators—very fruitful were the meetings with Mauricio Kartun, Gustavo Tarrío and other young local artists who have recently brought new air to the field—and the special meeting with Argentine theatre critics. The professionals who participated in this project were Margareta Soerenson (President of IATC), Emmanuel Dandaura (Executive Committee IATC, Nigeria), Manabu Noda (IATC Japan), Noh Yi Joung (IATC Korea) and three guests from the region: Marcio Aquiles, Daniele Avila Small and Daniel Schenker, colleagues from Brazil. The result of the experience was very positive, considering that critics offered an original look at Argentine theatre and established bridges between the latter  and the theatre of their homelands. Perhaps the pinnacle of “Performing Explorations” was the open interview by Manabu Noda of Ricardo Bartis, one of the main directors on the Argentine independent scene, in which contemporary problems of local and international theatre were discussed. The analysis of the Argentine plays by the critics mentioned above can be found on the FIBA website (festivales.buenosaires.gob.ar/2015/fiba/en). 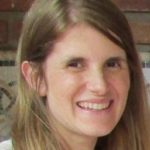 *Alina Mazzaferro (Ph. D.) has been working as a journalist, ballet and theatre critic for the last ten years, and has published in several Argentinian cultural magazines and newspapers. She has also worked in cultural production, communications, and the press in important institutions, as the Teatro Colón and Channel 7 (public national television). She is also a professor at the University of Buenos Aires. In 2011, she was on the Jury of the Buenos Aires International Festival and in 2015 she worked for the project “Performing Explorations.”

Theatre of the World in the Argentine Capital