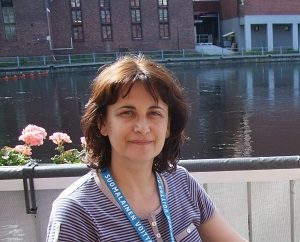 Quartet: Dangerous Liaisons After the End of the World based on Quartet by Heiner Müller

The performance of Quartet: Dangerous Liaisons After the End of the World by director Yavor Gardev has become the most significant and commented-upon theatre event in Bulgaria during the past year. The play is based on Heiner Müller’s play Quartet and was performed at the Big Hall of the National Palace of Culture in Sofia. There are two main reasons for its success. First and foremost, the famous director’s new production boldly and unexpectedly continues to experiment with theatre space; such experimentation has long been a defining feature of Gardev’s work, contributing to his acclaim as one of the leading directors of Bulgarian theatre in the 1990s. Since being built 35 years ago, the Big Hall, which has a capacity of 4,000, has traditionally been a venue for pop concerts, congresses and film screenings. Quartet was the first theatre performance staged there; opening the hall to the public as a provocative space for contemporary multimedia stage productions.  Another reason for the positive reception of the performance is that it was created within the aesthetics of high-tech performance-film, which requires serious creative, financial and technological resources. These were realized by Gardev and his team masterfully and with impressive effort.

It was not by chance that Gardev (born 1972) chose Heiner Müller’s play Quartet for his high-tech stage experiment. Moreover, this is the only play he has chosen to stage for the second time in his 22 stage career. The other being during the 1998/99 season, when the director made a powerful performance based on the play at Sfumato Theatre Laboratory. Undoubtedly, Müller’s play is an important text for Gardev, one he needs to reread, now with a mind and experience of a man experiencing the second decade of the 21st-century.

Quartet (1981) is a landmark text of the German playwright. Researchers have commented that, in this play, Müller is like Hamlet in his famous drama Hamletmachine,  moving with the ruins of Europe behind him. Perhaps there is no other work in which Müller blends so densely his idea  of an old, dying Europe (and an old, dying universe, in general) with the idea of human mortality and the downfall of the individual due to the rapid decline of the human body. In his play, based on Choderlos de Laclos’s famous novel Les Liaisons Dangereuses (1782), Müller creates a grotesque image based upon the idea,  which is the main suggestion of the novel, that the human being, in a state of panic about the close proximity of death, harnesses all of their energy and inventiveness of mind in order to stay alive. This leads, perversely, to self-destructive decisions, such as a desperate change of sexual partners, intrigues and short-lived victories in the game of seduction and domination. Müller brings this suggestion to its extreme. With the dark laconism and merciless erudition so typical of him, action in his play is reduced to the last skirmish of Man (Valmont) and Woman (Merteuil) amidst the ruins of the world of romantic love.  Feelings of immortality and progress have been reduced to ashes. The final battle of the sexes takes on a fateful, cosmic nature.  The inevitable conclusion is the death of the two opponents, who appear as the two sources of life energy. Their demise is the end of the universe, an “ice age” (as stated in the final stage direction in Hamletmachine).

In his reading, Gardev accepts Müller’s play entirely;  staging it whole and intact. Actors narrate the complete text clearly and carefully. Powerfully amplified microphones are used, so that the spoken text echoes in the huge hall, like a precise recording from the past sent into outer space. In his staging, in 1999, the director was engaged in a philosophical play with Müller’s dark catastrophicity. He immersed himself in its dark charm, which he mocked. Now, by contrast, he accepts that catastrophicity as a sorrowful insight that he knows and shares. However, he also supplements it with the experience of a man who has gone beyond Müller’s “end of the world.” If Müller’s Quartet is a play about the cosmic fatality of the battle between Man and Woman in their desperate attempts to postpone death, Gardev’s present production is about the great human loneliness of each of them in that fatal skirmish.

Undoubtedly, one of the virtues of Gardev’s high-tech performance-film is his bold idea of voicing his low-key reading of Müller’s play, not only in a huge space, but also by using hybrid theatrical aesthetics, combining live actors’ presence with cutting-edge film and computer technology. During the performance, spectators are increasingly convinced that the place to feel the real loneliness of the human being in our contemporary, boundless and technologized world is precisely the uncommon huge space. There they can see in the distance only the small silhouettes of the actors moving across the stage, while the theatregoers seem to be watched, either by the almost expressionless faces of the actors (which are filmed and projected live onto screens) or computer-generated, animated avatars of the performers.

The action of the performance is occupied with the games of the two dramatis personae, Valmont and Merteuil. They play with each other by constantly inter-changing their bodies with those of the digitally-reproduced  objects of their desire. Thus, Valmont is sometimes Merteuil and vice versa. At another moment, the two change into the bodies of their “victims,” Merteuil’s young niece Volanges and the virtuous wife Madame de Tourvel, who turn out to be possible versions of Merteuil in the past.

The long game of seduction,  which is repeated day after day, is represented by the two actors performing on a metal platform that has been erected in the orchestra pit. It can be lifted upwards,  seeming like a fragment of a room in the boundless space of the universe. Two film cameras are set around the actors on movable cranes which stalk them and capture their every movement and gesture. Meanwhile, the director and the team edit the footage in real time and display, mostly, close-ups of the actors’ faces on the huge screen at the bottom of the stage.  The costumes are an odd, alien mix of fashions over the centuries. They wrap around the bodies of the two actors like space suits; these suits have special sensors which register every tiny, visible or invisible movement or vibration the actors make. A second row of infrared cameras captures these movements, which are then be overlaid onto various animated images. By these means, the dangerous games of Valmont and Merteuil materialize in a virtual environment,  complete with their monstrous, wilful designs and unconscious desires. Thus, stand two human beings, their panic of old age, frailty and death hidden within their petty schemes. They appear stripped down “to their atoms,” in all of their existing dimensions and details, in an irreverent, outspoken, merciless, noisy, high-tech performance about the silence of loneliness. 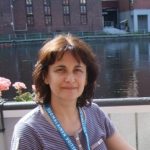 *Kamelia Nikolova, PhD, is a theatre researcher, historian and theatre critic. She is Professor of European Theatre and Head of Theatre Studies Department at the National Academy for Theatre and Film Arts, Sofia, Research Fellow at the Theatre Department of the Institute of Art Studies, Bulgarian Academy of Sciences and a visiting professor at other universities. Her research and teaching interests are connected with the history of theatre, theory of dramatic literature and performance and new theatre practices. The list of her publications includes nine books and many articles in the Bulgarian and international specialized press.

Silence of Loneliness in the Noisy World of Technology