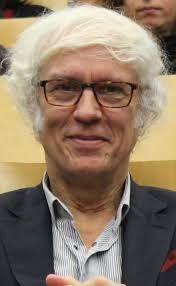 Jan Fabre’s 24-hour performance Mount Olympus is, in my opinion, one of the most important theatrical initiatives in recent decades; an outstanding event that really can be called “historic.” In fact, I do not consider it hyperbole to say that there is theatre history before and after Mount Olympus. It will be the purpose of this short paper to try to explain why.

The use of time and space within the piece destabilizes all “normal” perceptions and pulls all bodies (both of performers and spectators) into a psycho-energetic field of such power that the performance inevitably ends with a long and enthusiastic standing ovation. The final scenes lead the audience into a kind of collectively experienced catharsis, a state of mind that apparently synthesises what, for hours and hours, had been prepared in vague and mysterious ways. What special vein is tapped by this production? What kind of longings does it reveal? What was so compelling that entire audiences jumped up, people cried and lost themselves?

This performance, which was performed over a whole day and night, seems to have freed audiences from old ideological and religious allegiances, and perpetuated Dionysus’ age old quest for a radically changed selfhood. People were deeply affected by experiencing time in both an extremely expanded and a very condensed way; even if some, no doubt, the stubborn intellectuals, perhaps, got irritated. However, in my experience, audiences were happy to go along with the psychophysical changes that the work created in their body and mind. This production is completely sui generis; it accesses deeper layers of selfhood and somatic experience, opening up its audience to moments of “dreamtime” or “ceremonial” time, as in ancient traditions.  It seems that the longing to go back, to go deeper and to feel united that I observed was experienced by audiences all over Europe (Berlin, Thessaloniki, Rome, among other places).

The international cast of twenty-seven truly dedicated actors is splendid. Selected through a series of auditions across Europe, some of the performers are quite young, while others are experienced actors who are well-versed in a “Fabrian” style of performing. It seems that the actors showed a total generosity and unconditional surrender to each other, physically, emotionally and spiritually, during a year of preparation for the show. This reveals a rare kind of equality and common experience, a sense of communitas, as Victor Turner would say. Roberto Esposito would call it a “gift to the Other”; a solidarity in rehearsal and performance that promotes a very intimate, graceful and energetic connection between them. This connection is conveyed very strongly to the audience, which reciprocates it in turn. The actors’ gestures reflect the fatal attraction of the elusive couple Eros and Thanatos. They constantly create “worlds of in-between” that transform a repelling reality into states of ecstatic beauty and intimacy. This “glorification of tragedy,” staging man’s most cruel and apparently ineradicable, fatal drives, engendered one of the longest theatrical attempts to express physical and spiritual shades of beauty.

Thirdly, there is the marathon-like character of this production, and the way it was/is/will be staged, over a period of nearly two years, in theatres across the world. In this sense, it compares with other “marathon theatre” productions, such as Peter Brook’s Mahabharata (1985), Luk Perceval and Tom Lanoye’s complete War of the Roses (“Schlachten!” 1999) or Tim Etchell’s Complete Shakespeare (2016); all of which were attempts to offer comprehensive presentations of well known collections of classical work. However, Fabre’s twenty four-hour experience is radically different from most other works of marathon theatre. Mainly staging fragments of myths, tragedies and rituals, it deconstructs the whole Western tradition in order to point towards other existential and spiritual possibilities.  It deals as much with philosophy as with theatre, and invites us to open our mind’s eye, which, it seems to contend, has been stuck in an old and sterile cultural space.

Mount Olympus sets itself against cosy humanism, reverential classicism and philosophical essentialism. Postdramatic in many ways, it thrives upon the bare fragments of an ideological past that actually never was, but which, for ages, perpetuated romantic longings for an illusory and “pure” homeland. The work is written in the spirit of warzone poetics. It as an attempt to reconsider what Culture is or should be; not as the best of the West (as Matthew Arnold had it), but as the acceptance that, whatever form Culture takes, it always has to remember, as Werner Hamacher wrote, “culture’s shame for perhaps not being sufficiently culture.”

Mount Olympus illustrates the fact that tragedy only occasionally returns in Western history, as a temporary guest who exacerbates the socio-political gaps and cracks of the given moment. In Fabre’s theatre, tragedy violates the sacred boundaries that used to guide and protect the body, it remembers the scars the body suffered from an intolerant Catholicism, it restores the essentially naked position of man and points back to his biological deficit as a “creature of deficiency” (Hans Blumenberg). Contrary to most other works of marathon theatre, which revive the essentials of common story patterns (the familiar structures of the complete Sophocles or the complete Shakespeare, to take two examples), Fabre launches a whole new programme, one that provokes radical shifts on the existential level, but, at the same time, asks how to reassemble the fragments into a new (and always provisional) framework of Oneness.

Fabre’s Dionysus never gets tired of inviting spectators to “imagine something new”: man has to “take the power back / enjoy (his) own tragedy / breathe; just breathe, / and imagine something new.” Fabre’s production articulates at great length the need for another imagination. It constantly undermines patriarchal and fundamentalist power, contains powerful female roles, enjoys female giggling and tittering addressed to male gods. Dionysus and his new spouse, Dionysa, enter the arena of a political warzone, grinning and sneering at men’s inability to do better, inciting them to have the courage to think for themselves, more autonomously than ever, and to dare to feel and get into real contact with their entire body. As part of the poststructuralist revision of myth, Dionysus stimulates man to awake from the clichés that kept him prisoner and to assume a new, symbolizing position; or, as Dionysus ironically points out, “Look at your horizon and see the vast cage / in which you have to dwell. . . . The gods you like were made by you and your obsession / for punishment.” 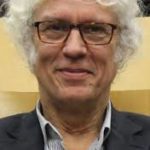 *Freddy Decreus started to work at Ghent University in 1981, where he was responsible for courses in Latin Literature, Literary Theory, Mythology, Comparative Literature and Theatre History. He served as Dean of the Teacher Training Department and as Head of the Department of Classics. His most recent publications deal with ritual theatre, mythology, the reception of the classics and the influence of post-structuralism on the classics. After his retirement in October 2010, he and his wife founded a school on the Canary Islands.

Jan Fabre’s Mount Olympus, or How to Conceive Culture in Transitional Times?