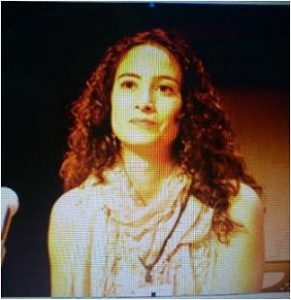 In its six years of life, BE Festival (Birmingham European Festival) has consolidated its position as a point of reference for its fresh, innovative and interdisciplinary performances. It seems unlikely that Isla Aguilar, Miguel Oyarzun and Mike Tweddle could have foreseen the annual theatre festival’s success when they founded it in 2010.  Yet, now, short pieces from the summer  programme tour (mainly around UK and Spain) and are seen on the most prestigious stages, from the London Barbican to the Teatro de La Abadía in Madrid.

With the firm aim of breaking down the barriers between artistic disciplines,  creators and spectators, each June BE Festival offers five days of total integration and cultural exchange, and the possibility to experience very different artistic pieces. Each night at the Birmingham Repertory Theatre four short pieces are performed, ranging from circus, theatre and music to dance, visual and performance arts. Furthermore, mornings include free workshops led by international performers and directors, which focus on acting and performance styles and techniques.

Loyal to their belief that festivals of this kind may help shape a better world, the organizers also provide the space for visual installations that foster a democratic and communal understanding of the world as well as the opportunity for attendees, actors, directors, and volunteers to meet and discuss their work. Each night dinner is shared by all in the cleared stage space during the intermission. In addition, the Feedback Café provides a unique and informal context in which to meet with the artists  and talk about their artistic processes. Moreover, the festival hub and bar offer the chance to talk  at any time of day.

This democratic and communal understanding of the performance experience is also evident in the plays chosen to tour around Europe. Given the consistent success of BE Festival in transcending cultural, artistic and linguistic frontiers and in providing artists with the means to find innovative ways to engage with their audiences, organizers understood they had to transcend physical barriers too. Thus, those shows democratically selected at the summer festival shape the Best of BE Festival tour; a programme that aims to bring to spectators the essence of the BE Festival experience in a compressed format.

The pieces chosen for the 2015 Best of BE Festival tour, which arrived in Madrid in late last October, bear witness to the innovative, interdisciplinary and communal experience that the BE Festival promotes. While the theatres chosen for this event—the Corral de Comedias of Alcalá de Henares (Madrid), one of the oldest preserved theatres in Europe, and the Teatro de La Abadía, a former church—are not physically innovative, Isla Aguilar and Miguel Oyarzun (who were present at the performances) made sure that, during the intermission, spectators and artists met over a glass of wine. They also encouraged the audience to stay for the post-show talk and scheduled free workshops with the artists in the mornings and afternoons.

Three pieces were chosen from the 20 shows from nine different countries that had made up the 2015 BE Festival. This trio of productions provided the Madrid audience with a micro-experience of the festival. The programme opened with Locus Amoenus, a 30-minute play by Atresbandes, a Spanish company formed in 2008 by Mònica Almirall, Miquel Segovia and Albert Perez Hidalgo; the programming of this piece proves that, even if English is not the first language of many of the companies that visit BE Festival, language should never be a further barrier to the theatrical experience. Set in a train about to derail, as announced by the surtitles on the backdrop, it involves three characters who are representative of human beings’ need to find themselves, their locus amoenus or idyllic place, in a life journey that is about to end abruptly. They chat, refuse to chat,  pass the time idly or isolate themselves in a symbolic micro-representation of how we waste our time, unaware that our time has a deadline. Far from  indulging in an insipid tragic overtone, the three actors move between comedy and tragedy, as they invite the audience to consider other existential, philosophical and social questions, ranging from the need to communicate to affirm one’s own existence, to brotherhood, love, self-inflicted isolation and immigration. Locus Amoenus is based upon Friedrich Dürrenmatt’s surrealistic short story “The Tunnel” (1952), with which the play shares the criticism of human banality and the inescapability of death.  It involves simulated translations of the dialogue between characters who do not speak English as their first language. Besides provoking torrents of laughter (as in the moment when a one-minute speech is translated into three words), this also reminds us of George Steiner’s After Babel (1972) and its clearest and most successful theatrical exploration: Brian Friel’s Translations (1980). In the terrible context of the bloody conflict between Irish nationalists and the forces of the British occupation, Friel’s revision of Steiner assists the audience in realizing that exact translations between languages is impossible. Indeed, each speech act, even in one’s own language, involves a translation of some kind. Atresbandes very aptly reminds us that, 35 years after Friel’s play, humanity still needs theatre to remind us that languages should open up frontiers (be they personal, cultural or political), and never be used to maintain fake supremacies. For obvious reasons, this play was awarded the BE Festival First Prize.

Following Locus Amoenus was The Whistle, a piece produced by Squarehead Productions and directed and performed by Irish artist Darragh McLoughlin. The piece invites us to reconsider the primal role the audience should have, as Shakespeare insisted, in creating the theatrical event. More than any other work, McLoughlin’s 20-minute show requires the collaboration of its spectators. Before entering the auditorium, audience members had to choose between a red and a blue slip of paper. At the beginning of the performance McLoughlin gives instructions to each of the colour-coded groups in turn: “When you hear the sound of the whistle you have to close your eyes. When you hear it again you may open them.” The result is a hilarious and often poetic piece, which experiments in innovative ways with the relationship between creator and spectators; indeed, it makes spectators the creators of their own piece. A contemporary juggler, McLoughlin succeeds in merging techniques from theatre, cinema and circus. He amazes the audience with his revisions of performance glitches, dejá vú, fast forwards and rewinds. All of this is achieved on a bare stage, using only a whistle and balls. McLoughlin is an exceptional juggler who was rightfully  awarded the BE Festival’s Special Mention.

The last show in the bill, Beating McEnroe, revisits the cathartic component of a theatrical event with anything but seriousness. It was made by British performer, director and teacher Jamie Woods, in collaboration with Ellie Griffiths and Wendy Hubbard. In this solo performance, Woods requires the audience’s participation in a rite that eventually liberates him from the tremendous loss that disturbed his childhood and determined his inability to grow up in a healthy way. This tremendous loss was the climatic Wimbledon match in which John McEnroe beat Björn Borg in 1981. Woods was then a six-year-old boy who admired Borg as a living legend; he even copied the Swedish tennis star’s style of appearance; the performer’s hilarious costume includes a tennis t-shirt, a hair band and a tutu. In the show, Jamie is not able to accept that his idol had been beaten. With the help of members of the audience, Woods recreates and relives the last point of the match so that he can move on. In the meantime spectators are rewarded with surprises, flying tennis balls and eggs, and thought-provoking images to reconsider brotherhood, rivalry, competition, youthful aspirations, and the necessity to get over our failures. BE Festival spectators deservedly rewarded Wood with the Audience Award.

Having attended the 2015 BEST of BE Festival Spain tour on November 1st at the Teatro de La Abadía, I applaud the three selected pieces. For once a press release is correct in its claim; the shows did enable audiences to travel across Europe in one night and bear witness to an innovative artistic project that rewards artists and spectators, and makes the theatrical community one. 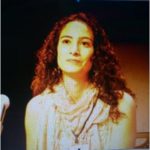 “Crossing Europe in One Night”: Best of BE Festival 2015