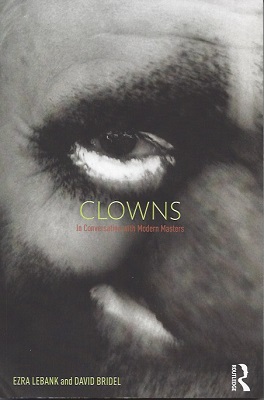 Ezra Lebank and David Bridel offer a behind-the-nose look at the world of contemporary western clowning through the words of some of those who helped shape it over the last 75 years in this modest new volume, Clowns: In Conversation with Modern Masters.

Featuring interviews with internationally-known master clowns such as Slava Polunin, Barry Lubin, Rene Bazinet and Jango Edwards (the authors call them  “20 of the greatest clowns on earth”) this book includes memories, stories and experiences culled from their work in theatres, films, television, circuses and even the streets.

Lebank—head of the movement program in the Theatre Arts Department at California State University and a performer in his own right—and Bridel—director of the Clown School in Los Angeles and Director of the MFA in Action program at the University of Southern California—clearly have reverence for their subject.  Perhaps, a bit too much reverence. In the Preface, they note that there is very little critical literature on the subject. This book, as interesting as it is, does not add a lot.

In the interviews, they focus instead on how, when, where and why each master came to the art. The interviews break down into four separate sections—origins, inspirations, techniques and philosophy. For most, first contacts resulted from comic films or trips to the circus. A few were born into circus families. For a number of them, the inspiration came from Chaplin or Keaton, or even Red Skelton. Monty Python also shows up on the inspiration list as do the Canestrelli Circus, Circus Nock and the American Barnum and Bailey Circus. Most admitted that a career in clowning never entered their minds early on.

When speaking of their trade and training, major teachers included French giants, such as Etienne Decroux, Jacques Lecoq, Marcel Marceau and Philippe Gaulier.  Others mention heavyweight theatre directors, such as the UK’s Peter Brook, Poland’s Jerzy Grotowski and Joan Littlerwood, best-known for Oh, What A Lovely War. Indeed, the links between experimental theatremakers, physical movement and clowning are surprisingly long and consistent.

The philosophy section offers insights into the “why” of clowning. Almost all speak about the importance of making direct connection with an audience. Whether one is performing as a street mime or working for a large audience inside a circus tent, the doer here is always in direct service to the watcher.

Interestingly, the end of the volume sees the interviewers become the interviewees. In this concluding section, Lebank and Bridel summarize some of the major threads of the interviews. Included here is the idea that the clown “character” is real, regardless of situation or location. On the other end of that spectrum is the image that the clown is like a match, struck anew for each performance and then vanishing into air. This polarity clearly represents the desire to achieve a spontaneous, genuine and truthful moment between artist and audience.

Another commonality is the power and necessity of risk and failure. It is the way for popular performers, such as Robin Williams; magician-clowns, such as Penn and Teller; and comics, such as Ellen Degeneres. One might also mention here fictional superheroes from the Marvel comic universe, or even a recently popular character, such as Deadpool. Cirque du Soleil also gets several mentions in the book.

That being said, there is a clear gender inequality in the book as far as female clown masters are concerned. Only two of the interviewed masters are women: Nola Rae and Angela de Castro. While neither mentions outright the challenges of being female in a seemingly male-dominated craft, it is clear that this field has been less than welcoming to female performers. Clearly, something is not taking its rightful course.

Perhaps, the most insightful glimpse into this clown world comes from American clown master Avner Eisenberg. Near the end of his interview, he says that “for most people, clown is a noun, but for me it is a verb . . . there is no such thing as a clown. There is only to clown.”

If any message is to be culled from this book, perhaps, it is this: clowning is clearly another way of seeing the world as the contradictory place it can often be. Clowns have always reflected hopes and dreams as well as fears and doubts. In doing so, they allow us to experience the world without the pain of living it, and, in doing us this service, they remind us what being human really means. 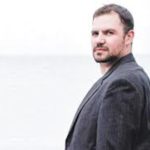 *Byron Laviolette is the director and dramaturg of the acclaimed Canadian female clown duo Morro and Jasp, seen recently at the Edinburgh Festival. Based in Toronto, he holds a PhD from York University in Interactivity and Play Theory. For several years, he was an active member of the Canadian Theatre Critics Association.

Clowns: In Conversation with Modern Masters