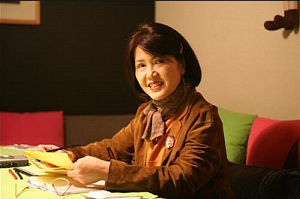 The Winter’s Tale has rarely been produced in Korea,[1] and, until recently, had never been staged in its entirety. This is somewhat strange in a country where Shakespeare is consistently one of the most popular playwrights and whose plays have so eagerly and frequently been performed on stage since the mid-twentieth century. One possible reason for the absence of The Winter’s Tale here may, in part, be due to the Korean audiences’ exceptional zeal and steadfast appreciation for Shakespeare’s mature and more celebrated plays, which has left theatre companies less inclined to introduce the relatively unknown, if not necessarily inferior, works in the canon. The peculiar characteristics of romance, once condemned as the “mongrel tragic-comedy,” also come into play here, especially when reality is crossed with fantasy over such a large gamut of time and space. This structural looseness makes it difficult for many theatre companies to stage this play. However, the National Theater Company of Korea (NTCK) challenged this longstanding convention and ventured to produce The Winter’s Tale by inviting Hungarian director Róbert Alföldi to stage it at the Dalorum Theatre, Seoul between January 10 and 24, 2016. It was presented as part of the NTCK’s international collaboration series, under the leadership of the current artistic director Yun-Cheol Kim.[2] The production  was the production on the Korean stage to commemorate the 400th anniversary of Shakespeare’s death. It achieved a rare success, winning the hearts of the audiences and receiving critical acclaim.

The production of The Winter’s Tale was in line with the thematic concept of the NTCK’s 2016 season, entitled “The Challenge.” However, its selection may also have been influenced by Alföldi’s reputed talent for bold stagings, in defiance of the conventional interpretations. Perhaps, director Kim saw this as a good way of promoting a long neglected play on the Korean stage. For Alföldi, this must have been a welcome opportunity to have his first directing experience in Asia. After all, he took up the challenge well aware of the idiosyncratic qualities, of a play which, back in the 18th century, Dr. Samuel Johnson referred to as, “With all its absurdities, very entertaining.”

As he customarily does, Alföldi wrote his own version of The Winter’s Tale (translation by Alexandra Eszter Urban and embellishment by Kyunghoo Lee). He trimmed Shakespeare’s original text with judicious excisions of some superfluous scenes and dispensable lines in order to make it a compact, two-hour performance, while keeping its essential form and content intact. With respect to the diptych structure of the play, split by the personified Time (here the dead soul of young prince Mamilius returning as the winged Angel), Alföldi set a fast-pace. The first part unfolded in the Sicilian court, which was set against a stark, minimalist background made of a tall, shiny latticed wall with multiple openings (designed by Dongwoo Park). In stark contrast, the more festive and slower paced second part transformed the rustic, Bohemian world of the shepherds by placing it in a contemporary graffiti-filled underground subway. This theatrical landscape of subtle nuances, visual metaphors and modern sensibilities stimulated the audiences’ interest in the play. Throughout the show, the leitmotifs of the violin music (by Lajkó Félix and his band) accentuated the action appropriately, creating rhythmic variances in combination with the delicately schematic lighting (designed by Changki Kim).

Alföldi’s visual comments, made by means of dynamic use of props and sets, were also quite eloquent. There were two very impressive moments. The first occurred when Leontes’ sudden jealousy is provoked and, simultaneously, a white rectangular table in the center of the stage begins to silently turn, reflecting the psychology of the character’s reaction. The second occurred in the final statue scene, in which Hermione is brought in standing in an aquarium. Leontes is overwhelmed by emotion and suddenly shatters the glass with a hammer, causing two-tons of water to burst out shockingly and overflow the stage. It was truly a coup de théâtre, dramatically signaling Hermione’s resurrection, as if she were emerging from the water breaking in the womb just before her rebirth.

Alföldi emphasized in an interview that he intended the show to be one the audience could enjoy and appreciate. This comes from his belief in Shakespeare’s own practice of writing plays with both popular appeal and literary merit. Perhaps, this idea was taken a bit too far, however, in the extended, show-stealing scene in which the singing rogue Autolycus jumped into the aisles and begged for money from the audience. Other than this minor distraction, Alföldi’s sinewy directorial reading of The Winter’s Tale is straightforward and focused tightly on the textual implications. Contrary to any expectations stemming from his well-known iconoclastic tendencies, he disregards completely intrusions of contemporary socio-political contexts. Instead, he focuses on the resilience of human nature as the prime thematic concern of this romance, suggesting that all struggles can be finally redeemed through the basic human emotions of love and forgiveness. Thus, despite the rashness of Leontes’ jealous behavior, which results in multiple disasters, far-reaching human virtues overcome his shortcomings to bring about a final reconciliation. There is, however, one little twist at the end. Alföldi freezes the final moment, leaving the actors on stage, sheltered from the thunder and pouring rain and calling on the audience to reflect again on the meaning of everything.

Finally, it was the acting that completed and distinguished this production, making it truly enjoyable. A majority of Alföldi’s actors were young and less experienced in Shakespearean acting, including the lead couples. He prefers actors who can change and be flexible on stage. From this open criterion, audiences were able to discover a number of new and hidden talents including Sangkyu Son’s electrifying performance of Leontes (whom he played with great breadth, from the human embodiment of paranoia to  guilt-ridden loser) and Jungwon Woo’s depiction of the tortured, but still graceful, queen Hermione. The remainder of the ensemble played a dynamic role in multiple scenes, contributing greatly in convincing the audience of the necessity of bringing The Winter’s Tale to the Korean stage.

Thanks to Garett Marshall for initial editing.

[1] The author refers here to the Republic of Korea, otherwise known as South Korea.

[2] Yun-Cheol Kim was the founder of this webjournal during his period as president of the International Association of Theatre Critics (2006-14). 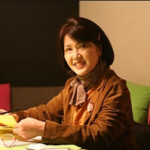 *Theatre critic and professor of Seoul Institute of the Arts, Hur, Soon-ja previously served as the President of the KATC and President of the Korean-Japan Theatre Exchange Council. She is currently on a number of theatre committees as an advisor, board member, and judge.