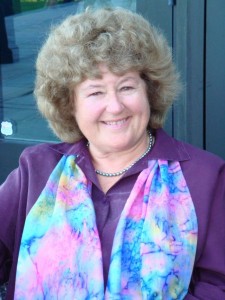 Korean-Canadian playwright Ins Choi recalls being stared at curiously throughout the summers of his childhood camping trips in various parts of Canada “because we were Asian.” Now writing confidently and compassionately from urban multi-cultural Canada, Choi has been captivating audiences of all persuasions across the country over the last two years with his hit play, Kim’s Convenience seen most recently at Toronto’s prestigious Soulpepper Theatre.

Beginning its long life at the Toronto Fringe Festival in 2011, Kim’s Convenience played in big cities and small ones, recreating a vigorous corner of urban life—the local convenience store, often run by immigrants. Originally, Choi wanted to set the piece in an actual convenience store with all that authenticity intact—“the smell, the dust, the grime.” Designer Ken MacKenzie’s set comes just about as close to the look and feel of a corner convenience store as it’s possible to get.

Amidst the fussy shelf life of cans and crinkly wrappings, the ever-present price-gun and the squeaky floors reigns Kim, the Loud and Forceful owner. Kim here is the comedy king utilizing fractured English, misinterpreted stereotypes, scattered knowledge from a dim cultural past and a sense of the genuine disappointment that everything he has sacrificed and worked for by immigrating from Korea to Canada seems to have been lost on his grown children. Tender moments of pathos and humour tumble off the shelves clattering contents onto the worn floor as we begin to move beyond the expected labels to inspect the real ingredients inside Kim’s highly ironic “convenience.”

Into this internationally recognizable multi-cultural world breezes Afro-Canadian Rich, seeking “ginseng.” His faulty pronunciation is immediately corrected by Kim who ultimately provides enlightenment by telling his baffled customer that the Japanese once invaded Korea. Though their banter is friendly and fun, we soon learn that Kim had been a history teacher before immigrating to Canada, a fact underlining the common reversal of fortune at the heart of such stories.

Another black man arrives on the scene, Mr. Lee (all four black roles are played here by Andre Sills), a dapper developer trying to tempt Kim with big bucks to sell his shop. It seems that a major shopping complex and a condo have set their greedy sights on the location. But the neighborhood needs me, Kim argues, and with that simple statement, he begins his personal war against the dismantling of community.

Next into the store shuffles Mike, a shifty immigrant from the Caribbean whose island patois matches Kim’s own colourful English. Kim is suspicious of Mike and explains to his daughter in a litany of misconception how to identify potential shoplifters on the basis of racial and sexual stereotyping. Two lesbians together, he says, will not steal; a gay, a Caucasian or a skinny customer will not steal; a black man with a white woman will not steal because they cancel each other out; a black man alone with a cap on his head will steal.

As Kim lectures his daughter Janet (played by Chantelle Han) on how to run a successful family store, Caribbean-born Mike is indeed skulking around the shelves filling his pockets with stolen snacks. As Mike returns to the front of the shop and pays for only one item, Kim suddenly wrestles him to the ground and puts him into a hammer-lock (a highly effective piece of physical comedy he uses throughout the play) demanding an apology and the return of the stolen goods. He then politely gives Mike change from the purchase.

Although Kim’s Canadian-educated daughter is totally appalled at her father’s behavior, Kim is unperturbed, telling her she must learn so she can take over the store one day to “continue our dynasty.” A professional photographer who wants her own career, the daughter, however, is unimpressed with these prospects.

In the midst of this family struggle appears Alex, a black cop who was earlier called by Kim to ticket an illegally-parked Honda near the store (anyone driving a Honda must be a Japanese imperialist). It is with Alex that the cultural stereotyping reaches a fever pitch. When Alex objects to giving out a parking ticket, he is called a Masai warrior while Kim is called a Samurai.

As it turns out, Alex and the daughter had been schoolmates and just might become romantically involved. When Kim realizes this new opportunity to marry her off, he changes tactics exhorting her to ply Alex with a bag of peanuts and a ginseng drink, good energy for police work. Kim also reminds Janet of her advancing age: “You are 30. You are in a desperate situation. Your expiry date is up!” By the end, Kim’s son returns to take over the store, happy in an environment that recognizes him. The community and the family will survive.

These many twists and turns and ultimate reconciliations by Choi are not predictable but rather follow satisfyingly from a toughly emotional story told with fidelity to cultural values and to individual striving within those values and over generations. Kim’s Convenience adds a rich complication to understanding the cultural mosaic that is contemporary Canada. That’s one of the reasons no doubt that it has been such a success from one end of the country to the other. It’s also a fine production of a super-realistic throwback of a play that could work in almost any nation with a significant immigrant population. And that, I would suggest is a lot of nations these days. 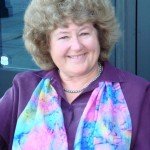 Where is Here: Reconstructing the Canadian Immigrant Experience