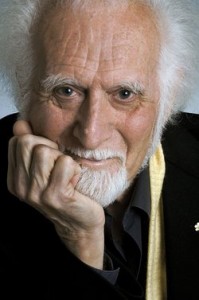 The curators at the International Theatre Festival 2015 in Pilsen, in the Czech Republic, deny they intended to identify trends in the region or to present a series of plays contributing to a common theme. So it must be the spirit of the times—the zeitgeist, we might say—that created the sense of moral purpose, existential significance and joyous life-force that permeated this tumultuous week.

Central questions of the human condition were raised relentlessly—death, God and the taking of life, the challenge of living in a corrupt, commercialized society, freedom of speech, conscience and compromise and the slippery idea of duty. Pragmatic cynicism, the product of despair, was much apparent. But we also heard affirmations of human love and optimism. It was an entertaining, moving and inspiring feast of provocation and surprise.

Attendance at a public performance is a form of “secular communion,” some suggest. It can be a place where we examine our souls and contemplate the big dilemmas that confront anyone trying to live the full, examined life in today’s morally and spiritually imperilled world. And so it was in Pilsen. Not that we were bombarded with ponderous lectures from the stage. What we experienced was theatre of passion and anger in the fresh and imaginative theatrical language of the modern day, with all its allusion and fragmentation and experiment. Theatre of rebellion. Theatre of compassion. An affirmation of our shared humanity and hope above all, despite all.

Maybe it’s my state of life (a lifetime of theatregoing behind me and an uncertain future ahead), but these days I’m avid for theatre like this: theatre that helps me question how best to conduct myself in the world we have allowed to be made. After all, if we are not simply to submit ourselves to the seductions and compromises of the power structures that run the way we live, we need to find a clearer understanding of how to change them.

Thomas Ostermeier’s Berlin Schaubühne production of An Enemy of the People pushes us hard in that direction. This is Ibsen’s tale of the doctor, Stockmann, who wants to go public with his discoveries about the tainted water at the town spa but is pressured to stay quiet by the media-commercial interests. Here, with the inclusion of a lengthy interpolation on modern consumerist society’s corrosive influence on man, family, morals and freedom, it becomes a pitiless examination of the pressures for compromise that The System (any System) imposes on a principled man.

Eventually, Ostermeier breaks down the fourth wall and, brilliantly adapting the interactive techniques of the modern theatre, invites audience members to add insights of their own. In an age in which the whistle-blower may prove to be the agent of the revolt that rebalances the world, we can certainly see Stockmann as the embodiment of the whistle-blower’s moral and spiritual dilemmas. This is theatre of rebellion in its purest form. As every play at the festival seemed to be trying to tell us, in one way or another, the decent human being is a threatened species.

That threat of the faceless tyranny of organized society—perhaps not deliberate, perhaps not intentional, but tyrannical nonetheless—threads through Krzyszrof Warlikowski’s (A)pollonia (Nowy Teatr, Warsaw), which looks at modern Polish history through the lens of Greek tragedy and the Holocaust. Staged in a warehouse on a set of multiple mobile stages, it was a phantasmagoria of fragmented images and ideas, an elliptical, accumulative piece that tackled impossible questions of guilt, complicity, connivance. No one, neither gods nor man, is excused here for the vileness that humanity visits on humanity. This is theatre of compassion at a high level of persuasion.

Much of what we saw seemed to take a despairing tone: we created this mess, there is no easy way out, so enjoy ourselves while we can. If (A)pollonia had not been so uncompromising in its accusations, you might have believed that this was its conclusion: dance and be merry, because the world is done. Certainly, nihilistic celebration dominated the end of The Bat (TR Warsaw), a New Year’s Eve party in an end-of-life clinic run by a sinister death-profiteer. The play by Kata Wéber and its Hungarian director Kornél Mundruczó raises uncomfortable questions about euthanasia and who should/can play God, but the production bursts with life and music and slips and slides around the deep, complex hospital ward set with wanton glee.

Variations on this tone of pragmatic nihilism were delivered by The Hedonists (Theatre on the Balustrade, Prague) and by Bremen Freedom, Kladno City Theatre’s interpretation of Rainer Werner Fassbinder’s take on the life of the last woman to be hanged in Bremen.

The Hedonists by Dora Viceniková and its director Jan Mikulášek is an elegantly stylized, smoothly delivered evocation of what might go on in the glum ante-room to eternity as despair-filled (occasionally comic) individuals wait to shuffle off their mortal coil and sink into the pit of oblivion reserved for those whose names have been forgotten.

Bremen Freedom has been called an examination of female subjugation and oppressed womanhood, but it’s really a cynical, even sarcastic take on “you reap what you sow,” providing unexpected layerings to the morality tale we might have been expecting. Husband one, who gives her two children and treats her like a chattel, conditions her to subject herself to male dominance, but she soon finds a way to assert her own significance—by poisoning him and all 14 would-be subjugators who follow. She’s not so much the eternal oppressed feminine as female sexuality personified, her dainty ankles twitching with lust beneath the edges of her dress, tough as nails and twice as dangerous under her sweet and innocent curls. Martin Františak’s production is rendered with polish and finesse. and high stylization (gesture, declamation, posture, costume—an exaggerated Regency).

The use of established texts as the basis for auteur-style interpretations was widespread (new texts were decidedly in the minority). Teatro Tatro from Nitra, Slovakia, transformed Bulgakov’s The Master and Margarita into a farrago of circus kitsch and crudity, Pilsen’s own J.K. Tyl Theatre turned Death in Venice into a laboured movement drama filled with confusing symbols, Brno City Theatre harnessed the biting satire of Gogol’s Dead Souls to let us know that Russia’s attitudes to the world haven’t changed much.

This revisionist attitude to the classics was extreme in SKUTR’s production of The Tempest, in which a storm throws four individuals, one of whom might be a Caliban figure, onto a lonely island, where they agonize over their relevance in their individual real worlds. While Shakespearean connections were tenuous—only a few fragments of original language made it into the final text—the underlying spirit was wholly Shakespearian, which is to say timeless and deeply kind. How do we find our personal significance?

By contrast, the SKUTR production of Eugene Onegin was tender, romantic, gorgeous—a gossamer set, a lovely air of melancholy and impending disappointment, a slight exaggeration to the style, a suffusing tenderness. The second act was like a dream—a splendidly controlled, beautifully artful telling of a sad story.

This compassionate treatment of the eternal existential questions sometimes resonated in unexpected ways. In Brim, from Iceland’s Vesturport Theatre, written by Jón Atli Jónasson and directed by Haflidi Arngrimsson, we met a group of individuals trapped in a situation (fisher-folk in a cabin on a rocking boat), in which they confronted (or didn’t) the challenges of finding the fulfilled and meaningful life. Slovacko Theatre‘s rendering of Brecht’s The Wedding offered us a hilarious and bitter (though touching) look at humanity at its crassest in search of its own confused and corrupted version of joy. Four Three Two One, from Prague’s Boca Loca Lab, was an engaging, delicate exercise in collaborative harmony (literally).

In all: five days of inspirational and invigorating theatre of humane anger and the cries of revolution. Theatre of the zeitgeist. Theatre that forced realizations, asked questions, and left us wondering: how do we fix all this? 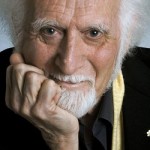 *Max Wyman is a Vancouver writer and one of Canada’s leading cultural commentators. He wrote theatre and dance criticism for newspapers, magazines and national radio for over three decades, and has published a number of books on the arts and society. A former President of Vancouver’s PuSh International Performing Arts Festival, he was for six years on the board of the Canada Council for the Arts, the country’s principal arts funding body, and served four years as President of the Canadian Commission for UNESCO.