Femi Osofisan has had a distinguished career in the academia for about four decades. He is Emeritus Professor of Theatre Arts, University of Ibadan, and Distinguished professor, Kwara State University, Malete, Ilorin, Nigeria. He is a theatre director, playwright, essayist, actor, critic, poet, novelist, editor and newspaper columnist. Osofisan has written and produced more than seventy plays, five volumes of poetry, four novels and several collections of essays. Since winning the first Western Nigeria Broadcasting Service (WNBS) Prize for Independence Anniversary Essay in 1965, Osofisan has won several other awards, including the first Association of Nigerian Authors (ANA) Literature award in 1983 for Morountodun and Other Plays and later for Drama with Yungba-Yungba and the Dance Contest in 1993. Minted Coins, a collection of poetry written under the pseudonym Okinba Launko, won the ANA Poetry Prize and the Regional Commonwealth Poetry Award for First Collection in 1987. In 2000, he was short-listed for the prestigious Neustadt Prize in the USA. His plays are among the most produced in Nigeria.

He has been honoured with Officier de l’Ordre Nationale de Merite, Rep. de France (1999); Nigerian National Order of Merit in the Humanities [NNOM] (2004); Fonlon-Nichols Prize for Literature and the Struggle for Human Rights (2006), and Fellow, Nigerian Academy of Letters [FNAL] (2006).

Osofisan was also a Drama Consultant to the Second World Festival of Black and African Arts and Culture (Festac ’77); the Cultural Olympiad, 1996 Olympic Games, Atlanta, and Movement for Mass Mobilisation, Social and Economic Recovery (MAMSER), Abuja, Nigeria (1989). He was also the President of Association of Nigerian Authors (ANA) (1988-1990), and PEN, Nigeria (2004-2010), and was one-time General Manager and Chief Executive of the National Theatre, Lagos, Nigeria.

Osofisan’s plays have been performed in many countries, where he has also held teaching or research fellowships, including Japan, Sri Lanka, Ghana, Lesotho, China, USA, Canada, UK, France, and South Africa.

He is a founding member and Literary Editor of the first Editorial Board of The Guardian, Lagos (1983-84); Founder and Artistic Director, Kakaun Sela Kompani (1979) and CentreSTAGE-Africa [the Centre for Studies in Theatre and Alternative Genres of Expression in Africa, a non-governmental trusteeship organisation]; and Founder and Editor of Opon Ifa, a poetry chap-book (1974), which later became Opon Ifa Review, a quarterly journal of the Arts, primarily for creative writing.

Adaptation is a very popular word nowadays among both practitioners and scholars. What is your understanding of the word?

The adaptations that I have developed over the years fall into two categories. The first kind are those that are commissioned. In these, I am mostly responding to a given brief, to the specific demands of the sponsors. You know, they give you a certain agenda, which you more or less have to comply with, and so your freedom as an artist is somewhat curtailed. You are more or less trapped by the original script. You are trapped within its structure and its message. This is the major problem with commissions, and I am always conscious of this, of where fidelity to the original text should stop or prevail.

I mean, how far should you move away from the original text? It is always the question I face in such circumstances. How far can you represent yourself, away from the author? With a true adaptation, nothing should change really, beyond the tools of the medium of articulation and perhaps the idioms of expression. Because it is not really your work, if I may say so. It is somebody else’s work which you are only helping to interpret for a new time, a new climate, and maybe a new mode. So it is always a problem. And that’s why I have to agree ideologically with the authors before I begin any interpretation.

It is the second category therefore, that excites me. These are the adaptations I am inspired to undertake from the impulse of a powerful and mutual recognition. It’s like the thrill of love or an unplanned re-union between long-separated friends. Here, I read some works, and both the work and I come to what I call a delicious understanding, a glowing accord, immediate or slow, but irresistible anyway.

The original attraction to the work is thus its perspective. It is because I share the lofty viewpoint which the particular play expounds that I am drawn to it, and so the motive of the adaptation is to transmit this viewpoint into one’s own locus as accurately as possible. Hence the final product may not be an accurate ‘translation’ of the original work, taken that my own pre-occupations come into play. For me, this is one of the beauties in this kind of ‘adaptation’—the fact that as a dramatist I can select, decide to retain or excise some aspect or other of the original work in fulfillment of my own ideological pressures.

So it always depends on the circumstances leading to the adaptation I am doing. All the same, it is useful to remember that there are astonishing parallels in the different cultures of the world. It’s fascinating, and it just goes to show that humanity is the same everywhere. This is what allows our plays to travel with ease across borders.

We live in a world pretty much determined by technology. Has the web/Internet been useful in promoting dramatic writing?

Yes, I think so, even if it’s not always in a positive way. As you know, politics, new technologies, new anxieties dictate that the dramatist must seek new approaches, new strategies, in order to remain relevant.

It is clear for instance that the generation of yesterday is no longer the same as that of today. Students’ populations are much younger now in age, and their backgrounds have shifted from those we knew. Very few of them have any knowledge of the realities of rural life, or of the experience of such things as moonlight games or the seasonal festivals, or of the communal compounds with their ritual chorus of oriki in the mornings. So if we wish to reach them and meet this new challenge, we will have to be sensitive to the new technology.

Do playwrights receive enough attention for their work from Theatre Critics?

But my own attitude to critics is somewhat ambiguous. All I want, when I am writing, is to find the best forms to express myself as lucidly as possible; that is, in such a way as to have the maximum impact on my audience. So, I am looking at everything – the available idioms of communication within a particular context of performance, the spatial limitations or advantages, the actors – and the budget! The views of the critic do not even come once into consideration, unless, of course, you are interpreting the word ‘critic’ in its broadest dimension to mean the target audience.

As a follow up to the previous question, let me ask this: With the Director-star dominating, do playwrights feel marginalized?

Well, I don’t, perhaps because I am a director myself—most times in fact, I am the first director of my plays. In our situation in Nigeria, I would say in fact that, especially with plays by Soyinka or Clark, it is the directors who tend to get marginalized, with their names not being mentioned by critics sometimes! Still, the relationship has to be symbiotic. Playwrights must write for directors to continue to be in business.

Since you mention the word “business,” I am wondering what is the market/outlet for theatre in our days?

The market for our plays is mostly in the schools and higher institutions. Plays are read as school texts, and some plays are performed by students as class projects on campuses. Otherwise the market is very thin.

How difficult is it for a play that is not written in one of the major languages to enter global market?

Quite frankly, it is not easy. The dominant languages are English, French and Spanish. A play must be written in one of these languages to get any form of recognition at all. There was a time when plays in Yoruba, performed by the troupes of Hubert Ogunde and Duro Ladipo, both of them long dead now unfortunately, performed well in the global market. The two troupes travelled all over the world and were well received. But there has been nothing like this in recent times.

You are an established playwright. You’ve been in the theatre market for many years. Do you make a living by writing solely for the theatre?

I would start by retorting, No! No writer ever started by aiming to make a living as a writer. Traditionally writers are poor—all writers, except for the occasional lucky ones! From John Donne to John Milton to John Dryden to many another John. One playwright, Ben Jonson or so, was even said to have been buried standing because his family could not afford the space for a proper burial. Poor Ben. So those who made it have only been those who were able to depend on some benevolent, wealthy patron.

As for me, do I make a living as a playwright? I fervently wish I could! In our situation in Nigeria, the plight of writers is just as dire. Illiteracy is still high; poverty severely limits attendance at productions; theatre houses are deplorably few; and so on, so many obstacles! Yes, I do get the occasional commissions, or some foreign fellowship, which help to keep me afloat. But the truth is that the playwright in our midst will quit unless he or she accepts to continue the trade mainly as a labour of love.

It’s a situation of some inner compulsion – an itch that cannot be cured. Some bug bites the writer, and afterwards he or she never ceases to write. Not for any monetary gain, to start with, but for the sheer love of writing – any kind of writing: essay, narrative, prose, poetry – anything. But the joy the writer derives from such non-pecuniary venture more than compensates for the lack of wealth. 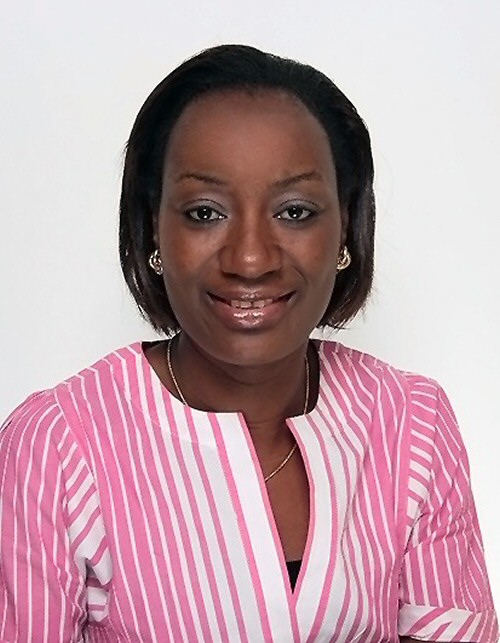 *Olakunbi Olasope holds a PhD from the University of Ibadan. She is currently a Senior lecturer in the department of Classics, University of Ibadan, Ibadan, Nigeria. Her research interests focus on Greek/Roman drama and theatre, Classical Reception Studies, Greek and Roman Family History, and the social and cultural History of Greece and Rome.