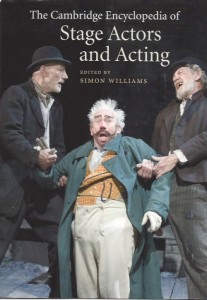 It takes great chutzpah (a Yiddish word meaning something like outrageous nerviness) to publish a one-volume encyclopedia of actors and acting from the beginning of time to yesterday and pretend that it is anything more than skimming the surface of a field that is more than five thousand years old and ranges around the world. Suffice it to say here that Cambridge University Press has shown more chutzpah than sense in this case and more nerve than cultural sensitivity to do it in an age of political correctness and instant internet communication.

Perhaps the editors at Cambridge are living in some sort of imperial bubble, one that still allows them to pretend to be covering the world while obsessively focusing on the UK, (mostly western) Europe and the United States, all while giving an appropriately imperious nod every now and then to current and former member states of the British Commonwealth, Japan and oh, let’s say, China.

The world outside that circle doesn’t really seem to exist in either contemporary or historical terms for Cambridge to judge by this recent book. And if the material were good one might get away with it. But what we get critically from Cambridge’s comfortable world are little more than warm toasty platitudes (actor A had “a mellifluous voice” and actor B had a “great sense of comic timing.”). This is not impressive in a costly reference work. And it certainly does not give any insight to any actors’ style or approach anywhere.

Historically too we learn little. Though Epic Theatre gets its own entry, Greek theatre does not. Kabuki has an entry of a page and a half, while the Stanislavski training method gets only half a page, the same amount of space given to an entry on Barbara Streisand (is she really as important as Stanislavski in an encyclopedia of acting?).

On the other hand, that great “actor” William Shakespeare gets nearly a page of qualified gibberish—“he is most likely to have been an accomplished performer,” a statement based on no historical fact whatsoever. We also learn that he “may” have spent time as a travelling actor but that his “prowess as an actor did not match his genius as a playwright.” Surely this is bad even as undergraduate writing. What undergrad would-be analyst therefore wrote this entry? Unfortunately, when one looks, it turns out it is by Prof. Simon Williams, the editor himself, a faculty member of the Department of Theater and Dance at the University of California at Santa Barbara.

His own background barely qualifies him to be an editor of such a volume: he has, we learn, written on German actors of the eighteenth and nineteenth centuries (before the Meininger Players no doubt) and has published a book called Shakespeare on the German Stage (Cambridge, 1990) as well as A History of German Theatre (Cambridge, 2008). Does such a background qualify him to judge actors and acting through history and around the world? I suggest not.

So I must say to the publishing house itself: Dear Cambridge University Press, the world has changed. It is no longer a cultural monolith revolving around the UK and the Commonwealth. It is filled with professionals in these fields, people who actually understand the art of acting and the history of actors. You must rethink your approaches to such volumes. Seriously.

What you have produced, dear Cambridge Press, is more or less a kind of bluffers’ notes, a mini-guide to everything that almost anyone in the field already knows about actors and acting and that one can find more easily and more profoundly written on the internet. For Prof. Williams, the first actors in history worth speaking about are Thespis in the sixth century BCE and then Roscius (126 BCE to 62 BCE). That is reasonable and relatively uncontested. I am not sure, however, about the significance of the most recently born actor he has included, one Quim Fasano (b. 1981), an actor from Angola whom, we are told, in 2000 “played an anthropologist who scandalously robs a young woman of her virginity while she was in the middle of puberty rites.” The insights into performance throughout the book are more or less all on that level.

And how can you have an acting history without visuals? The volume has very few photos (so again one is urged to look to the internet as a quicker, more comprehensive and cheaper source. Librarians be warned: this is not the book you want on your shelves.) The writers of most of the articles seem to be generalist academics and not critics (the Canadian entries, for example, are all done by a young man, with a “business” rather than a “theatre” background, who is running an online theatre museum and who has never actually written about the theatre).

The entries are even occasionally amusingly idiosyncratic, or sometimes just quixotic and puzzling, ranging from the too short—UK voice guru Kristin Linklater and the Russian director Yuri Lyubimov (here spelled Liubimov)—to odd choices, such as British playwright Colly Cibber, American actor Orson Welles and Ljubljana actor Milena Zupancic (b. 1946). There’s even an entry on a former Pope, Karol Wojtyla, who, as John-Paul II, exercised no known influence whatsoever on Polish acting (though he wrote some short plays as a young man).

The actual choices for inclusion make one wonder what the meetings of the volume’s Editorial Board must have been about. The editor tells us in the introduction that they chastised him on occasion. Would that they chastised him more. How could Cambridge have lent its distinguished name and reputation to such a project? Or is this cynicism at the highest levels about what theatre people will accept?

Williams himself tries to justify his choices and approach in a Preface in which he seriously tells us that “an understanding of the actor’s contribution to live performance on stage is crucial to a full appreciation of how the theatre makes its lasting impact.” If that is not mind-numbing, how about: “The heart of this encyclopedia is composed of almost one thousand entries on actors who have made their mark by achieving iconic status on their national stages.” Dear Professor Williams: what we need in a book like this are more iconoclasts and fewer icons, more iconoclasm and less iconography.

In the end, perhaps the best one can say is that this volume is a profoundly misconceived attempt at historical insight that does little more than confuse actors, acting, directing, performance theory, history and the inter-cultural. The fact that Cambridge University Press published it makes one seriously wonder about who is really running one of the UK’s great legacy publishing companies these days. 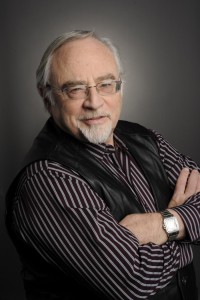 The Cambridge Encyclopedia of Stage Actors and Acting