A renowned American playwright, Charles Mee is known not only for his work per se but also his unique approach to playwriting and his ideas regarding parthenogenesis in theatre and the free flow of ideas. Born in Evanston, Illinois, at the age of fourteen he found himself fighting for his life after coming down with polio. The battle with the disease was won and, as the author will later admit in interviews and his autobiography A Nearly Normal Life (1999), the overall experience shaped his outlook on life and influenced not only his eventual choice of careers, but also his writing style and the thematic axis of his works.

Weakened by the disease, Mee had to abandon his dream of becoming a professional football player, but discovered a new love; reading. He started reading extensively, with a particular interest in history, philosophy and politics, and after graduating from Harvard he became a well-known historian, authoring a number of non-fiction history books. Eventually, however, he started feeling constrained by a mode of writing that demanded objective, dispassionate statements about the world around him. He gradually turned more and more to the stage, and by the early 1990s Charles Mee was writing exclusively for the theatre. A few years later, in an unprecedented move, he made the whole body of his work freely available to the public via his site (charlesmee.org)—a practice that he still continues today.

Charles Mee perceives human beings as creations of the historical conditions, shaped through the interaction with others; “the culture writes us first and then we write our stories” he asserts in his site dubbed “The (Re)making Project”—thus downplaying the role of psychology—and since we share common experiences, there can be no parthenogenesis in theatre, “there is no such thing as an original play.”

Demonstrating in practical terms his evolving ideas about culture as a process of remaking, Mee has also developed a unique, collage writing style, based on the radical reconstruction of already existing texts—in many cases of ancient Greek tragedies. He freely borrows and appropriates in his plays material from the culture at large—anything from books, historical documents and newspaper articles to lyrics from modern songs, radio and television programs—that allow him to define, comment on and criticize his contemporary society. War and its effects on the individual, America’s domestic and foreign policies, self-delusion and awareness, the importance of the past, violence, the contrast between private and public realms, the responsibility that comes with power, and the regenerative power of love are only a few of the themes that the playwright explores throughout his work.

Charles Mee is a playwright and Professor of Theatre and Playwriting at Columbia University, School of the Arts. He is also a member and has repeatedly collaborated with SITI Company on the production of his plays.

Among other awards, he is the recipient of the gold medal for Lifetime Achievement in Drama from the American Academy of Arts and Letters, two Obie Awards for Vienna: Lusthaus and Big Love, the PEN/Laura Pels Award, and the Richard B. Fisher Award.

The following interview was conducted by Elena Delliou, on September 28, 2015.

Given the fact that you are making all your plays available via the internet, do you believe that the Web has helped promote your work? How about the act of dramatic writing itself?

Some years ago Johns Hopkins University Press published a half dozen of my plays in a single volume, and that volume sold a hundred or so copies every year. These days more than 100,000 copies of my plays are downloaded from the internet every year. So it has helped make the plays available to people and that has made it easy for people all around the United States and in China and India and France and Russia and elsewhere to download the plays and put them on.

Do you believe that theatre criticism pays due attention to your work as dramatic text, or is the interest limited to the performance?

Some critics are interested in the text, and, of course, some aren’t.

Is “adaptation” an accurate term to describe your work? Why/why not? How do you understand this problematic word?

Do you believe it is important—or relevant—for the reader or spectator of your plays to be familiar with the work(s) from which you were inspired? Do you see any use in critics trying to “dissect” your plays and analyze the sources?

Some people know the sources, some don’t—and I expect they have different experiences of the plays depending on whether they have the originals in their minds or not as they think about my version. And some critics will dissect the plays and analyze the sources and some won’t. They are just different ways of thinking about my plays, and I don’t think one way or the other is required.

Have you ever been “under fire” by critics or writers because of your unique ideas regarding the lack of parthenogenesis in theatre and your method of appropriating passages verbatim in your own works? Since you do not believe in strict origins, why do you choose to name some of the sources that inspired you in the end of your plays?

When I first graduated from college in 1960, I wrote plays for a number of experimental theatres in New York, and then I became involved in anti-Vietnam War politics and began to write about American international relations, which led to more than twenty years of writing books about history and politics. In those books, sometimes if I was saying something about Joseph Stalin or Harry Truman I would quote Stalin or Truman. I was not allowed to change what they said to suit my own tastes. Their statements were historical documents that I quoted as proof of one thing or another. And so, when I returned to writing plays, I quoted texts from others—as documents of who and how we are today. I didn’t make up those things according to my own feelings and tastes.

The things I appropriate in my plays are evidence that I cannot change of the times we live in. At the end of my plays, I list my sources so it is clear I am not stealing their texts and claiming I wrote them—that is, I am not plagiarizing them. It makes it clear I have appropriated their texts and credit them.

Why do you specifically state that “there is no such thing as an original play?” Do you believe this is true for other forms of art or writing as well?

I think the culture makes us first, and then we re-make the culture. So what we make in art, in painting and poetry and theatre and other art forms, comes from the culture and the times we live in. And then we re-make what we are given. But we did not come into our lives out of nowhere, with no pre-existing world or history or culture or way of thinking and seeing and speaking.

Your plays inspired by the Greek tragedies (especially the earlier ones) are steeped in violence. Could you explain the excessive use of on-stage violence, and the shift that is evident in your most recent plays?

Those earlier plays came out of my anti-Vietnam war concerns, and then my anti-Iraq war concerns. And then I am relieved when I can turn to other things in life and think and feel those things. But I return from time to time to those anti-war needs. I wrote Iphigenia 2.0 in 2006—quite a while later than Orestes and Trojan Women.

How do the ancient characters function in your plays? Are they symbolic? Historic?

Historic. They say implicitly that we don’t escape the past. It lives on with us. We repeat our mistakes and tragedies. We hope to learn how not to do that.

Do you exert any kind of conscious or unconscious “self-censorship” to make your plays appeal to a larger audience?

You have repeatedly stated that you (re)turned to writing for the stage because it allowed you a freedom of expression that the authorship of books didn’t. Do you see any intrinsic contrast in the fact that you use other people’s words to convey your own thoughts?

I think what I meant was, writing a history book is meant to give the author the possibility of expressing the truth through an objective, dispassionate narrative. But the truth of Vietnam and Iraq and the Trojan War is that they were awful events that caused immense suffering and anguish and heart ache and grief and remorse and horror. A play allows us to express that—so that feels more true to me than my dispassionate history books.

To what degree do you think your plays can be considered political statements?

As the Italian director Pippo del Bono said about his work: I hope my work is deeper that. I hope it is about the culture that produces the politics.

Can you identify any “movements” or theories that you have been particularly influenced by?

European dance theatre and physical theatre of the past decades. I’ve seen a lot of it, loved it, and it has inspired my work immensely: Pina Bausch, Alain Platel, James Thierree, Hiroshi Kolke, Ildiko Nemeth, Christoph Marthaler, Pippi del Bono, Romeo Castellucci—and others who have moved beyond the realism or naturalism of Ibsen and Chekhov and Eugene O’Neill. 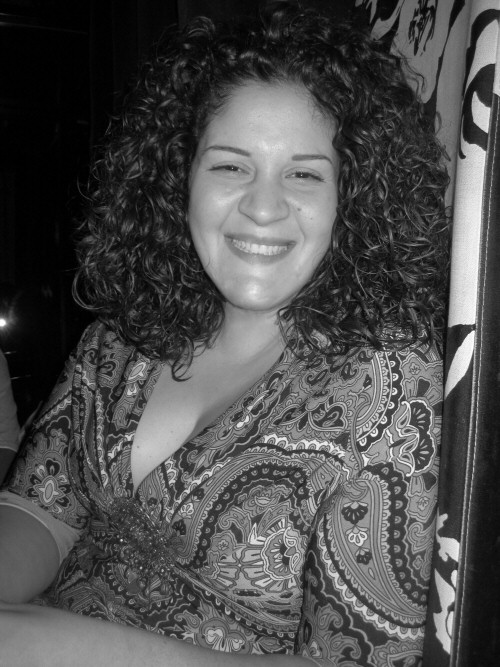 *Elena Delliou is a Ph.D. candidate in the School of English at Aristotle University of Thessaloniki, and her thesis is on the American playwright Charles Mee. She holds a B.A. in English Language and Literature from Aristotle University, and an M.A. in American Studies from King’s College, University of London. Her research interests focus on ancient Greek drama, modern and contemporary theatre, and performance studies.