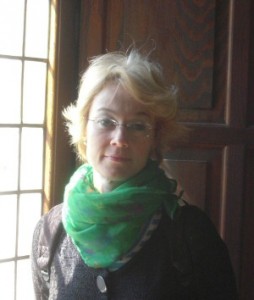 “Europe today is a powder keg and the leaders are like men smoking in an arsenal. . . . A single spark will set off an explosion that will consume us all. . . .”[1]—these were the prophetical words of Germany’s first Chancellor, Otto von Bismarck, enunciated more than one century ago. Identifying the location of the upcoming “explosion” as the Balkans, these words became reality with the outburst of the First World War and, later, with the Yugoslav wars. Remarkably, the meaning of the famous syntagma did not dissipate in the twentieth century; unfortunately, we find it as powerful as ever, in the summer of 2015, when Europe is facing the migrant crisis. This is why scheduling the International NETA[2] Theatre Festival at the end of this particularly hotsummer, in Bucharest, under the title: Theatre—A Hero of Our Times seems to be similarly foretelling.

Presented as a “unique edition,” it takes place at the tenth anniversary of the creation of the NETA (New European Theatre Action) network, hosted by the newly renovated National Theatre of Bucharest, one of the most modern in Europe today. The proposal came two years ago from Ion Caramitru, the manager of the theatre and NETA Founding President, and, since then, thirteen theatrical productions from ten network member countries were selected by a jury made up of outstanding international theatre personalities: Blagoja Stefanovski, NETA President, Art Director of the Small Drama Theatre Bitola (Macedonia); Damir Domitrović, NETA General Secretary, Director of ExPonto International Theatre Festival, Ljubljana (Slovenia); and George Banu, theatrologist and Honorary President of IATC, Professor at Sorbonne, Paris (France).

The selections tried to fulfill the network’s mission, which is to bring together and spread the creative energies of the Balkan and East-European space, a territory of human and artistic resilience where the theatre is still infused with a special status in the communist countries. A quarter of a century after the fall of many walls, the scars left by history are still discernible in the quest of the individual as well as national identity and of the cultural profile of each zone. In its attempt to carry on a dialogue with Western Europe and the rest of the world, the twenty-first century East European theatre is seeking its own voice, by exorcising the demons of the past and exhibiting it in its whole nakedness. Whether originating from classic or contemporary texts, or based on the non-verbal, this is a vivid theatre, stirred by violent urges, in consonance with our time.

The festival opened with the Georgian production of A Midsummer Night’s Dream, directed by David Doiashvili from the Vaso Abashidze Music and Drama State Theatre of Tbilisi. It is one of the most innovative Shakespearian productions of the moment, in which the classical fairy play reveals, in fact, a terrifying nightmare (see my review in Critical Stages No. 10). On the closing night of the festival, another classical text—Elektra after Sophocles­—does not ignore the fame of its director, the Ukrainian Andriy Zholdak, who, in the production staged by the Macedonian National Theatre, uses it (as he usually does) as a simple pretext. The theme of violence and the search for the answer to the question “how does man act in extreme circumstances?” seem to have been the rebel director’s concerns, transposed in a visually and loudly aggressive production. Few of Sophocles’ lines are preserved in the show, since “the Poet is dead” (and so is his fellow Euripides, killed in a bloody raid as shown in the prologue). The missing text is replaced by the images and sounds that it inspired in Zholdak, and to the composer and sound designer Sergey Patramanskiy. The time of the action is shifted in terms of Christianity; Jesus is a character with whom Elektra (the remarkable Darya Rizova) is in love and who will find his end in a bath of blood, killed by the infamous Aegisthus.

The situations depicted in the ancient play are placed in middle-class domestic contemporaneity, in which the incompetent Agamemnon, who recently returned from war, is violently murdered by his wife Clytemnestra (the powerful Zvezdana Angelovska) in the kitchen. (It is only with this scene at the end of the first part that the real show actually begins). Revenge will come from the siblings Elektra and Orestes, alternating their performance with that of their child doubles. A conglomeration of signs, symbols, references, quotes take the spectator by assault, together with the thundering sound from by the loudspeakers and the images selected by Zholdak and zoomed-in on the screens.

The production Helver’s Night, after the one-act drama by Ingmar Villqist (the pen name of the Polish professor and playwright Jarosław Świerszcz, born 1960) was invited from the famous Academic Theatre for Drama Vera Komissarzhevskaya of Saint Petersburg, Russia. It is a text depicting the drama of two people: a woman, “still young” and a 30 year old “boy” affected by a developmental delay, both trying to survive in a mad, mad world. She has a painful past that She is trying to fix by taking care of Him. He sees the world through the eyes of a child, who enjoys games, especially military drills. But sometimes the amusement becomes dangerous for both of them, when order—which should prevail in everything—disappears. The production displays the structure of a manifesto against intolerance of any kind, against the “rhinoceritis” that is bound to recurrently overwhelm the world. Although the Russian director Aleksandr Bargman chose to stage the play in Saint Petersburg (a city now known for its bursts of violence), he finds an accomplished balance between the political show and the possible love story. In the traditional style of the Russian theatre school, of the Stanislavskian psychological realism (or what we understand today by it), the director discreetly guides the two performers, Oxana Bazilevich and Denis Pianov. The final scene is spine-chilling: the wooden beam wall, specific to Russian houses, with only a porthole-shaped window opening towards the world, collapses to the ground. At its back, the terrifying image of the shoes of the Auschwitz victims is revealed suggesting that seventy years later the holocaust receives new, contemporary meanings; scenography is by Anvar Gumarov.

The host theatre was present in the festival with The Powder Keg, based on a text by the Macedonian playwright Dejan Dukovski and directed by Felix Alexa. Somewhat similar—in structure—to La Ronde by Schnitzler, Dukovski’s play replaces the round dance of love affairs with one of daily urban violence. Each character makes a connection between the scenes that succeed, taking us to pubs, buses, trains and parks, where violence appears in different forms: revenge, suicide, self-defense or simply verbal and emotional rejection. The Romanian director finds the universal dimension of a play about the post-war Balkan region and transfers it to a world where the war germs are swarming. It is the world that we witness daily on TV without being shocked. However, once brought on stage, it becomes a shocking mirror of reality. In the space created by the scenography of Andrada Chiriac, with lighting and sound both designed by Felix Alexa, the actors (of different generations) of the Bucharest National Theatre build a world out of specific details. The suite of condensed images suggests a roller-coaster of senseless violence, where hyper-realistic accents alternate with extreme black humour.

Although presented as a “unique edition,” I still hope that the NETA Festival has just asserted itself as a “pilot episode.”

[2] NETA (New European Theatre Action) is a network that includes the I.L. Caragiale National Theatre of Bucharest as a founding member, in 2005. It is based in Ljubljana (Slovenia) and brings together 68 members (national theatres, companies, festivals) from 19 European countries, thus being the largest theatre association of this type on the old continent. 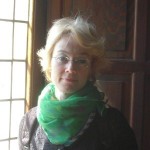 *Maria Zărnescu (b. 1969, Bucharest) is a Romanian theatrologist and critic, PhD teaching associate at the University of Theatrical Arts and Cinematography I.L. Caragiale Bucharest.