The “Interviews section” of this issue features playwrights from three different countries and three continents: Charles Mee (USA), Paul Heller (USA), Femi Osofisan (Nigeria), and Martin Santiago Bermudez (Spain). In their conversation, the writers engage on a variety of topics that range from adaptation to the impact of the Internet, the relationship of criticism to new writing and politics.

Although adaptation may be investigated from various angles, the essence of it is the act of making textual and contextual change that lays new paths of thinking about a work. Trying to make their work fit in a new situation, adaptors take into account important contexts related to taste, time, environment, social issues, politics.

If we agree with what Charles Mee tells Elena Delliou, that “Every classical Greek play is an adaptation of a pre-existing story,” then it might be argued that literature is similar to energy molecules flowing in nature from beginning to end, changing only from shape to shape. Perhaps most adaptors prefer to create a free adaptation or, as Mee says, “free unfaithful adaptation.” Yet this ideal is not reflected in all of their work. Femi Osofisan, for instance, in his conversation with Olakunbi Olasope, divides his adaptations into categories, one of them being commissions: “In these, I am mostly responding to a given brief, to the specific demands of the sponsors.” Therefore, adaptors may not always have the freedom to focus on the impulse that most interests them in the original texts. There are cases in which producers try to set the parameters for the playwright’s product, thus limiting his/her freedom of choice. Osofisan believes that, by remaining faithful to the original text, the adaptor comes closer to the essence of the original: “With a true adaptation, nothing should change really.” In fact, Osofisan prefers adaptations based on mutual understanding between the originator and the adaptor, “It’s like the thrill of love or an unplanned reunion between long-separated friends,” he says.

The expansion of the Internet and the consequent shrinking of the globe has had both positive and negative effects on the playwrights’ works. Some have welcomed it: Mee, for example, has made all of his plays freely available to the public via his website. He believes this has led to great success. “These days,” Mee says, “more than a hundred thousand copies of my plays are downloaded from the Internet every year.” Osofisan also notes the impact of the Internet on dramatic literature due to, he says, “politics, new technologies, new anxieties,” which “dictate that the dramatist must seek new approaches.”

The relationship between authors and critics has always been a controversial one. The essential question is to what extent critics and professional criticism can affect improvements in a written text. Paul Heller tells Lissa Tyler Renaud that it is not the professionals who are giving the best criticism: “The helpful ‘criticism’ I receive is from directors and actors engaged with my work.” Heller also feels that the audiences provide some of the most effective feedback. According to Osofisan, the majority of professional critics do not consider the limitations and boundaries that challenge playwrights. From that perspective, the playwright’s relationship with critics can only evolve ambiguously and ambivalently.

Irène Sadowska Guillon’s conversation with Martin Santiago Bermudez adds one more controversial item to the agenda of contemporary playwriting: the word “transgression.” In a world of hybridities, many artists today, in their effort to comment on what is going on, frequently cross generic boundaries, thus opening up the scope of their artistic inquiry and, as a consequence, the viewing angle of their spectators/readers.

Critical Stages would like to extent its thanks to the interviewers and the interviewees for generously adding to this ongoing discourse about originality, reproduction, adaptation, technology. Since all “fronts” are wide open, we expect to have more on what is going on in the next issues of our journal.

*Katayoun H. Salmasi is an Iranian critic, playwright and director living in the United States. She has translated dozens of plays, essays, and works of fiction into Farsi. While living in Iran, she wrote for numerous publications on issues in culture and served as creator of dramatic works for the stage and television. 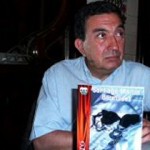 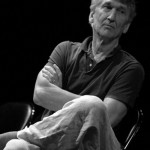 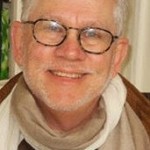 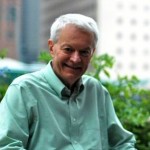