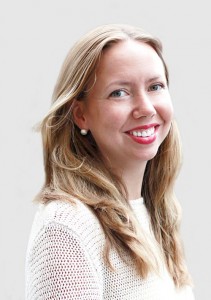 Theatertreffen in Berlin, Germany, May 2015.

Just a couple of weeks before Elfriede Jelinek’s play Die Schutzbefohlenen opens Theatertreffen, yet another tragedy on the Mediterranean sea hits the headlines. This time eight hundred people died after a boat capsized and sank on route from Libya to Italy.

In other words, the migration theme in Jelinek’s brilliant play is of immediate importance.

Still, these were not the first or the last victims of unfair European migration policies. In fact, Jelinek points at an ongoing problem. The digital stop watch counting up in the center of the stage can be understood as a continuous body count.

Jelinek’s play portrays a death that so often is dehumanised in media, refugees easily become numbers presented by newscasters or sly politicians. The death of The Other that we do not seem to be able to grasp.

The tone is raging, intelligent and witty. Jelinek mirrors everyday racism against the larger segregating structures, for instance the absurd bureaucracy that shuts out so many people from the European fortress.

The play alludes to The Suppliants by the ancient Greek tragedian Aeschylus where the Danaids seek protection from King Pelasgus and his people on a seashore. Themes from the original play are ingeniously interwoven in the actual events in Vienna in 2012, when a group of asylum seeking Pakistanis occupied a church in protest against deportations and inhumane conditions in refugee camps.

It is, however, a disappointment that Jelinek’s wonderful kaleidoscopic text is met by Nicolas Stemann’s almost simplistic directing. Symbols such as crucifixes and barbed wire fence are far from Jelinek’s complex text.

On the plus side, Stemann still does right in identifying the difference between describing someone else’s suffering in text and on stage. Openly, he poses the question whether white Westerners actually have the right to colonize a story about refugees to ease their guilty conscience? Is it morally correct to let professional actors play refugees? Is it not the refugees who should tell their own story?

In a way, Stemann solves it by doing both—we see the Hamburg based Thalia Theater’s talented ensemble on stage and a chorus of refugees whose members actually have fled from war and poverty on boats across the Mediterranean, who have been tortured in their home countries only to be rejected by an unfriendly Europe.

It is a sensible move to let the theatre audience hear these voices, to confront us with the parallel reality that exists in welfare states such as Germany and Finland.

But, despite the fact that Nicolas Stemann obviously is aware of racialised theatre and stereotyped roles, his own interpretation is not without fault. He uses the refugees as an anonymous group of people and in a way that they are almost reduced to nameless illustrations, a sort of alibi for Stemann’s own story.

Even though the performance criticizes white male dominated theatre tradition, it sometimes tips over into a form of tasteless humour. When an actor enters the stage with his face painted black, he is after all guilty of exactly the same thing that he criticizes.

Susanne Kennedy is perhaps the most talked about director in Germany at the moment, especially since it was announced that she will be a member of the prominent Volksbühne’s new artistic team which will be led by Chris Dercon, currently the head of the British Tate Modern.

And I do understand the hype that surrounds Kennedy when I see her take on Werner Fassbinder’s film Warum läuft Herr R. Amok? (Why Does Herr R. Run Amok?). The performance by Münchner Kammerspiele is without a doubt the highlight of this year’s Theatertreffen.

Kennedy’s theatrical version of Fassbinder’s film from 1970 is hip and stylish, but also rich in meaning and associations. The mood is comical and, at the same time, eerie and, in terms of aesthetics, it resembles the style of David Lynch—all the actors’ lines are for instance done by play back.

It is an anemic interior, which actually resembles the dressing room of a Finnish sauna, that set designer Lena Newton has created. The protagonist, Mr. R., himself is so dull and beige that his contours almost dissolve into the light pine walls of the living room. Here his monotonous life unfolds: he spends his time with his wife and son, with his colleagues at the office and in the pub. He gets drunk, gives a mundane speech and likes mundane music. He tries to talk his boss into giving him a promotion, but still he lacks desire, motive and meaning.

In other words, one should not only ask why Mr. R. in the show’s final scene kills his wife, neighbor and son, but also what drives him in life in general.

The actors wear plastic masks, looking like wax dolls or characters in a computer game, mainly The Sims—a game that simulates everyday life but lacks goal. The masks rub off on the actors’ body language, superbly evoking a style in which every small ordinary gesture becomes dramatic, often in a comical sense.

While the dialogue in Fassbinder’s film was improvised and colloquial, the speech in the theatre version is funnily hesitant. All the lines are recorded in advance, which, along with the strange body language, has a distancing effect. Everything becomes big, bald and comical, almost as if Kennedy placed humanity under a magnifying glass.

In many ways, it seems as though Mr. R.’s world is a concretization of Francis Fukuyama’s theory of the end of history. In this dull landscape there seem to be no ideologies—the characters are instead preoccupied by consuming.

But the tale of Mr. R, who in the end runs amok, is also a sharp image of the patriarch cracking before our eyes. 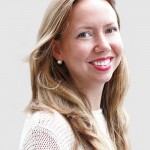 *Isabella Rothberg writes about theatre for the Swedish-language newspaper Hufvudstadsbladet in Helsinki, Finland.

Harsh Criticism of the European Fortress