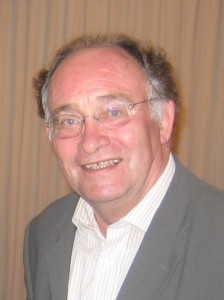 Every spring, Moscow stages its Golden Mask festival, the Russian equivalent of the Molières or the Tonys, with several weeks of performances from the nominees of the best shows from the previous season in categories that include drama, puppetry, dance and opera. Drama winners for 2015 included Lev Dodin’s Cherry Orchard, best large scale production, and Giuliano Di Capua’s A Life for the Tsar, best small scale production, both emanating from St Petersburg. Best director was Yuri Butusov, with yet another St Petersburg production, Three Sisters.

Over the Easter weekend of 2015, the Russian Case showcase presented selected Golden Mask shows for critics and producers from overseas. Its emphasis was on new and unusual work, so that these winners and some of the better known Golden Mask nominees (Andrey Moguchi, Declan Donnellan) were not on offer, but the foreign guests were still spoilt for choice, with puppetry, verbatim theatre, broad farce and theatre of objects jostling for place alongside re-examined classics.

Timofei Kulyabin was among the Golden Mask nominees for Best Director with his production Kill, from Novosibirsk, a version of Schiller’s Kaballe und Liebe. He made headlines this year with his Tannhaüser for that city’s opera, a production which (quite unjustifiably) enraged local churchmen and led to the firing of the theatre’s managing director and an unsuccessful attempt to punish both men under the blasphemy law.

This, and the ambivalent official reactions to the Oscar-nominated film Leviathan, are evidence of a new hardening in Russia of conservative attempts to influence the arts. A certification system now requires theatres to label shows as unsuitable for twelve-, sixteen- or eighteen- year olds, backed by more general edicts, forbidding not only blasphemy but also on-stage swearing (also banned under Soviet rule) and the more subtle, perhaps most dangerous charge of all, “distortion of history.”

Kulyabin’s small-scale contribution to the Russian Case, Shakespeare’s Sonnets, was for this correspondent the most memorable show of the long weekend. On a classical stage setting, which might be a deserted ballroom, two men and three women pose and engage in elegant foreplay. A soprano intrudes from time with songs, from Rachmaninov’s Vocalise to Purcell’s Dido’s Lament, accompanied by a pianist whose playing is gradually reduced to tuneless pounding of his ravaged keyboard. On the opposite side of the stage, two technicians, in full view in their prompt corner, move props and lights as required when not eating their packed lunch.

Other new directors have their place in the showcase, including Semeon Alexandrovski, a Mask nominee for Presence. His examination of a celebrated Taganka Brecht production by the late, great Yuri Liubimov was also tapped for best innovation. And twenty-two-year-old Alexander Moloshnikov, an actor in the Moscow Art Theatre company, has made an impressive debut with 19.14, an energetic cabaret-style account of the First World War which might seem inadequate to those familiar with Joan Littlewood’s version, Oh, What a Lovely War (1963), but had a strong impact on the local audience. It stood out for one less rumbustious scene, in which opposing soldiers from the French and German lines discover they are philosophy students with a common reading syllabus.

Golden Mask usually offers a chance to see productions from outside the great theatre centres but fewer regional companies were selected this year. One show to come from outside was Mikhail Bychkov’s production City Tales, for the Chamber Theatre of Voronezh, one of a number of pretty depressing recent documentary accounts of life in the hinterland. Bychkov is a leading Russian director, but reprehensibly left it to his fine actors to deliver the results of their personal research in low-key, unmarshalled monologues.

The home of verbatim theatre, the tiny teatr.doc, gained from its recent eviction by acquiring new, larger premises as a result of a crowdfunding campaign. Sadly, this building, too, was quickly closed, but not before presenting another visiting performance in the Russian Case: Vyatlag, by Boris Pavlovich, a theatre director from Kirov. He does very little more than read out a year’s entries, for 1941, from the diary of a Latvian political prisoner, one of Stalin’s victims, written day by day on purloined cigarette papers. The stark picture that emerges of life in the Vyatlag gulag creates its own deeply touching theatre experience, however, reinforced by framing songs sung by an actress from Pavlovich’s company. The show’s real poignancy comes from its modern parallel: this actress’s husband was arrested and imprisoned a year ago for taking part in a large Moscow anti-Government demonstration. The pair have vowed to continue performing this piece until he is released.

Ivan Vyrypaev, originally from Irkutsk and now one of Russia’s handful of influential modern playwrights, is a teatr.doc discovery—his debut play Oxygen was seen there. Now his regular director, Viktor Ryzhakov, has brought Vyrypaev’s The Drunks from Düsseldorf, where it was commissioned, to the Moscow Art Theatre. Ryzhakov’s is a very impressive staging, beautifully designed by Maria and Alexei Trebugov (Maria picked up this year’s Golden Mask for her sets for Alice, at the Bolshoi Drama Theatre, St. Petersburg), excellently performed by a crack local cast, of a play which turns out to be sadly empty. Vyrypaev has a couple of themes which can be crudely put as “we have lost contact with God” and “life is sh*t.” These startling insights are not so much explored as shouted in endless repetition by his elegantly dressed and roaringly drunk characters.

Konstantin Bogomolov, probably the hottest director in town, gives his response to the gathering clouds of repression by staging Gargantua and Pantagruel. Many of the scatological lists, many of the fantastical episodes of Rabelais’s satirical travelogue are presented in their mind-numbing entirety in order to shock the authorities, and more immediately the Moscow bourgeoisie who have paid up to three thousand roubles to see versions of themselves on stage, reciting the book’s more purple passages in a tastefully furnished modern salon that might be their own. (Gargantua tickets are in fact cheap—at the beautifully restored Theatre of Nations, where it plays, you can pay ten thousand roubles to see Robert Lepage’s new solo version of Hamlet.)

Meanwhile, at what is without doubt the most idiotic playing space in town, the School of Dramatic Art built for Anatoli Vassiliev, another iconoclastic director is at work. Dmitry Krymov has trained the students of his theatre laboratory to take apart Ostrovsky’s comedy, Oh, Oh, Late Love. Grotesque costumes and clown make-up, cross-dressing in plenty and a host of physical gags from standard slapstick to very competent wrestling throws make a great showcase for the students, who received a standing ovation. No one seems to mind that in taking the play apart Krymov has completely failed to put it together again. A running joke about ecologically sustainable theatre, with most of the décor-free show lit by hand-held lamps, is somewhat negated by a totally unjustifiable sequence in which hundreds of expensive moving lanterns, hung en masse and low over the acting area and otherwise unused, come to multicoloured life for a brief breakdance performed by most of the cast.

It’s just possible that with productions like these two, the Moscow theatre community is not so much thumbing its collective nose at the authorities as fiddling while their theatre future burns. 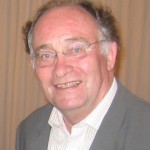 *Ian Herbert is now consultant editor of Theatre Record, which he edited and published from 1981-2003. He edited the technical journal Sightline, 1984-91. He writes regularly for theatre journals worldwide, including The Stage newspaper, where he is joint International Editor. President from 2001-2008 of the International Association of Theatre Critics, he is now an Honorary President. He is a board member of the Europe Theatre Prize, also a past Chairman of the Society for Theatre Research in London and a trustee of the UK Critics’ Circle. He is a visiting professor of several US universities and has lectured in many countries of the world.